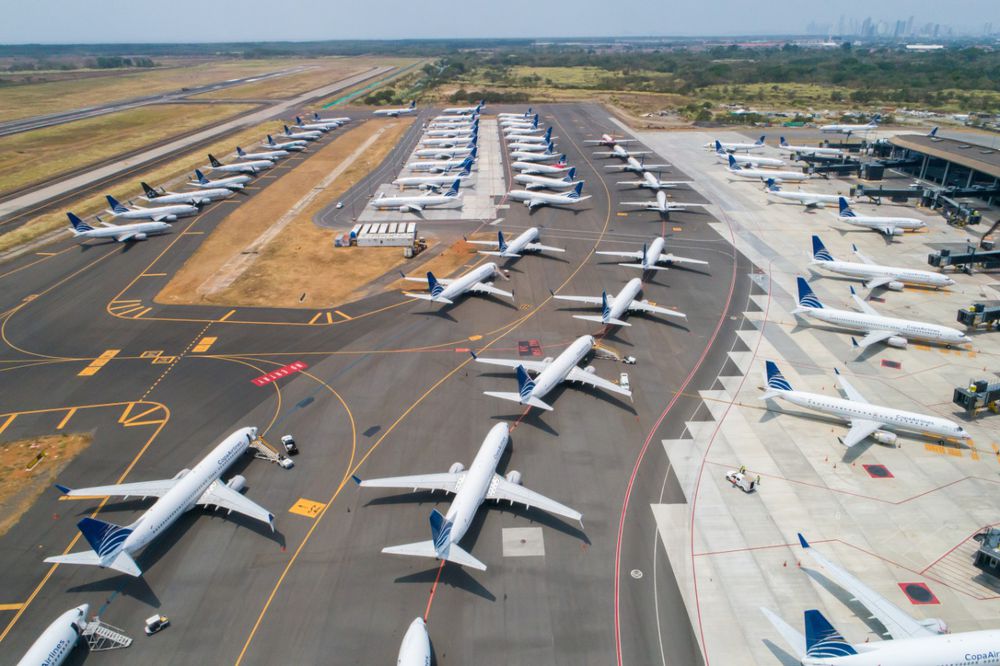 Passenger traffic in Latin America and the Caribbean has decreased by 96% since April. Thousands of employees remain suspended after the closure of airspace and airports. Planes are parked on the runways. Panama is no exception.
The International Air Transport Association (IATA) made an "urgent" call to the governments of Latin America and the Caribbean to take specific measures to help aviation industry that has been paralyzed for more three months and runs the risk of "collapse".

"No sector has the liquidity to stay afloat during a four or five month shutdown. We recognize the efforts made by the authorities in the fight against this pandemic, and we understand what countries are facing, but air transport is essential for our region and cannot be allowed to fade away," said Peter Cerda, regional vice president for IATA.

It is not the first time that IATA has warned of the tragic consequences of having a paralyzed industry for so long, as a consequence of the isolation the world is experiencing as a result of the outbreak of the contagious coronavirus (Covid-19).

Now, through a statement issued on Monday, June 15, he specified that the governments of Latin America and the Caribbean continue to be the least supportive of aviation, an industry that before Covid-19 contributed $167 billion to its economy and generated 7.2 million jobs throughout the region.

"The forecasts show a drop of at least $77 billion in air transport and its contribution to gross domestic product, with more than 3.5 million jobs at risk," said Cerda.

Cerda specifically referred to Panama, where air transport held almost a quarter of a million jobs and its main terminal, Tocumen airport, offered connections to almost 90 international destinations before the pandemic.

"It is worrying that the government has so far failed to take any firm steps to provide tangible support to the industry," he stressed.

Copa Airlines President and CEO, Pedro Heilbron, has said that they are not going to ask for a subsidy, nor state financing. What Copa Airlines has done is advance the negotiation of some airport charges, such as the fee for keeping your planes parked in Tocumen.

Border closures and travel restrictions have seriously affected aviation for more than three months, and with Covid-19 still very much present in the region.

Panama has banned commercial and passenger flights since March 23, and it is assumed that this remains until June 22. Once this date is reached, it the public should know, if there is any change in the measure adopted by the Government or if the air closure is maintained. Copa has not been operating since March 22, except for humanitarian or medical supplies transport flights.
#COVID-19  #Covid  #Coronavirus
Add Comment