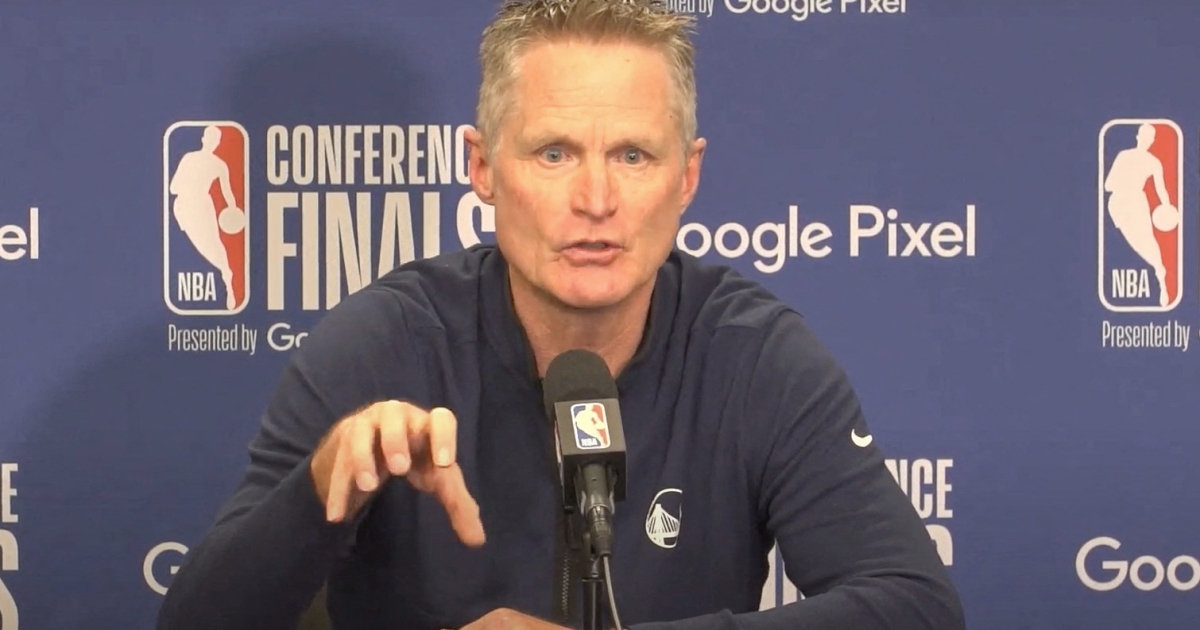 Steve Kerr, the head coach of the NBA’s Golden State Warriors, has demanded politicians in the United States take action after at least 19 children and two adults were killed in a school shooting in Texas.

On Tuesday afternoon, a teenager, armed with two assault rifles, opened fire on children and teachers at an elementary school in the small town of Uvalde, in what was the deadliest assault at a US school in a decade.

Speaking before the Warriors faced the Dallas Mavericks in Game 4 of the Western Conference Finals, a visibly upset Kerr called on US senators to reconsider their stances on gun reform.

“When are we going to do something? I’m tired,” Kerr said. “I’m so tired of getting up here and offering condolences to the devastated families that are out there.”

“There’s 50 senators right now who refuse to vote on HR8, which is a background check rule that the House passed a couple years ago. It’s been sitting there for two years,” Kerr added.

“Do you realise that 90 percent of Americans, regardless of political party, want background checks, universal background checks? Ninety percent of us. We are being held hostage by 50 senators in Washington who refuse to even put it to a vote, despite what we the American people want. They won’t vote on it because they want to hold onto their own power. It’s pathetic. I’ve had enough.”

The shooting at Robb Elementary School spurred an outpouring of grief and rage, with many leading politicians pleading for gun control legislation to be enacted.

“It’s time to turn this pain into action for every parent, for every citizen of this country,” US President Joe Biden said, his voice heavy with emotion. “It’s time for those who obstruct or delay or block common-sense gun laws – we need to let you know that we will not forget.”

Meanwhile, Warriors superstar Stephen Curry was among Kerr’s players who stood behind their head coach.

“I got kids, send them to school every day, drop them off. And you feel for the parents that are going through what they’re going through,” Curry told reporters after the Warriors lost the match to Mavericks.

“I can’t even imagine the pain. So for coach [Kerr] to come up here and say what he said and every word that he said was powerful, was meaningful.”