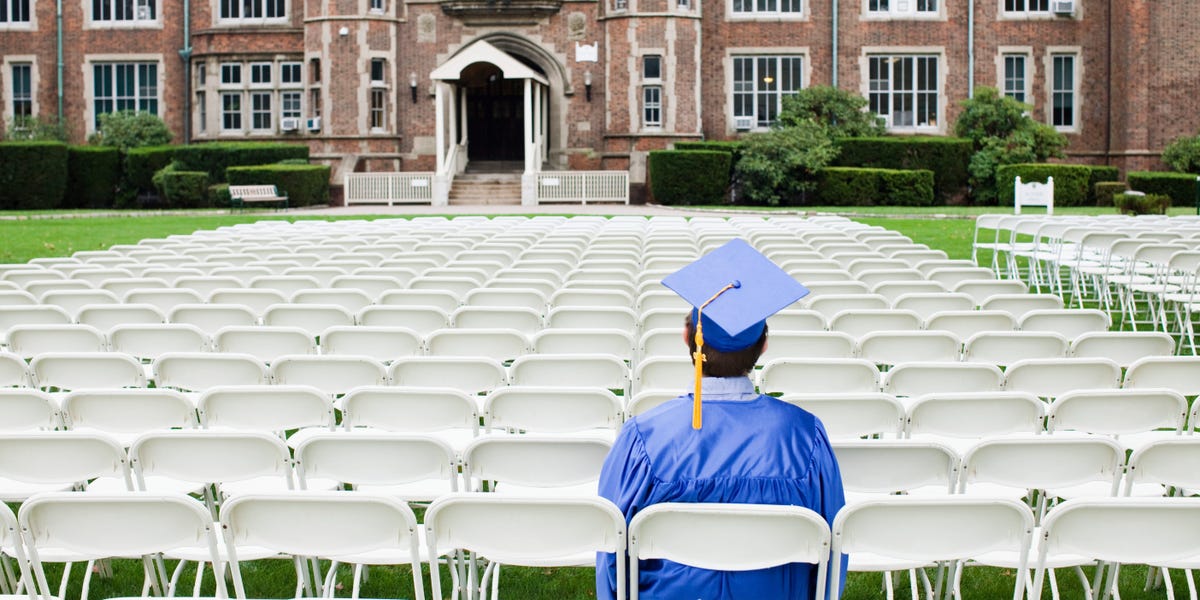 When I started law school, I was 32 years old. I was married and had two children, and I knew it was going to be difficult. But I was working in politics at the time, and a lot of the people who held the jobs I wanted were lawyers.

It felt like the way to do important legislative work one day was to become a lawyer. So I started going to law school at night in hopes of earning my law degree and getting the job I wanted.

Law school is expensive — the average law student takes out $160,000 in loans. To cover my tuition and help offset living costs, I took out a loan of $200,000. I was daunted by the number, but I was excited by the prospect of furthering my education and getting a higher-paying job. It felt like an important investment in my and my family's future.

That isn't how it worked out

In the 10 years since I graduated from law school, I've failed the bar twice because of mental-health issues. My debt has ballooned to more than $332,000, including interest.

If I tried to take the bar again, the cost for a class and the test itself could be up to $3,000, which I just can't afford — so I'm stuck with the debt of law school without the prestige of bar membership.

I was able to defer my debt a few times while looking for work, and now I work for the government. That means I'm part of the Public Service Loan Forgiveness program, which forgives, cancels, or discharges some or all student loans based on employment in the federal government.

I won't be eligible to have my loans forgiven under the program for another seven years, so I still have many payments ahead of me.

But I do know that in the past two years, as student-loan payments were put on pause during the pandemic, I was given a new sense of freedom and what my financial life could be like. My daughters are in college now, and I was able to help them with school in a way I wouldn't have been able to if I had to keep paying my own loans at the same time.

Being able to help my daughters feels amazing. When they're done with school and don't need that financial help anymore, I hope I can use the money that would go toward my loans and put it toward living a better life — like getting a nicer apartment or taking a vacation.

Every time the deadline for student-loan payments to restart moves, I breathe a little sigh of relief

It's demoralizing to be in this much debt, especially when it didn't propel me into a new career like I was hoping for. Some days, I feel like a failure, but I've been able to work through those feelings in therapy. There are jobs that look positively on law-school graduates, even if they didn't pass the bar, but those jobs are mostly in Washington, DC — and there are a lot of candidates.

Even my friends who graduated from law school and obtained bar membership are relieved when the student-loan payments get pushed back, but it's hard to plan for a financial future when you don't know what's going to be expected of you. Some of my friends were already planning on having less money in May when they were expecting student loans to restart, but now that's pushed into the future again. The delay is great, but it's also difficult to not know what's coming next.

When I took out my loans, I knew what I was getting into

I had my eyes wide open when it came to the cost of law school. I just didn't know it would be this hard to pass the bar with my mental-health issues. I still care about my work as a paralegal and law clerk, but I make so much less money than a practicing attorney, even with my law degree.

While President Joe Biden promised to cancel $10,000 worth of student debt for each borrower, I never thought he would follow through on that talking point. Sen. Elizabeth Warren, a big proponent of student-debt cancellation, was my first primary choice.

Now that it's actually going to happen I'm interested in seeing how this helps people who can now get rid of most or all of their debt. I'm glad that it's happening — it's a start, and I hope that it will help a lot of people.

It won't do much for me, but I made my bed and I have the option of Public Service Loan Forgiveness. Just six years left!

I think there's an important piece that's not being talked about enough, which is how loan forgiveness might affect people's credit scores. I think that whatever can be done to alleviate the burden for the inflated cost of higher education should be done, alongside other policy changes to make sure people are not having to take on such astronomical amounts of debt to attain educational goals.

Oh ya 65 days ago
Well cry us a river. You took out the loans now pay them off. There should be no loan forgiveness to anyone. Should taxpayers have to carry you also plus their own expenses?
View all comments (1)Add comment