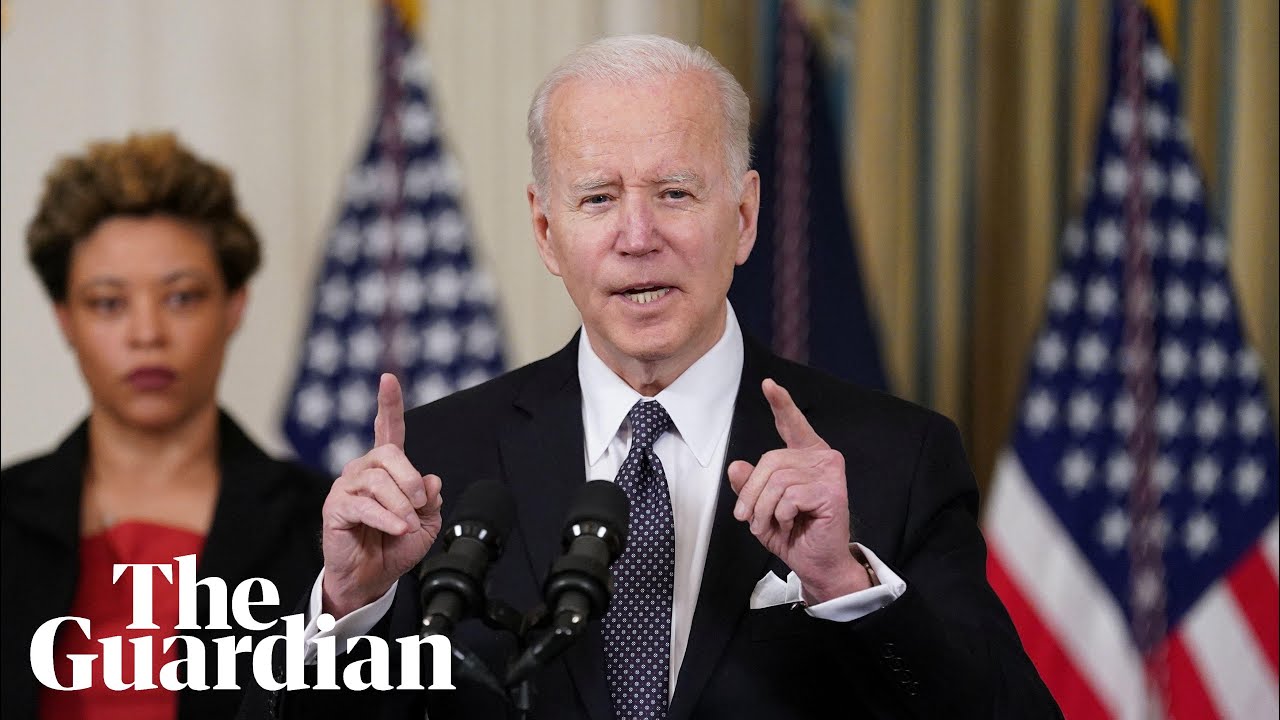 ‘I make no apologies’: Biden stands by his anti-democratic ‘Putin cannot remain in power’ remark

President says he was not calling for regime change while he was calling for regime change, but excuse his imperialistic and anti-democratic comment as it was expressing personal ‘moral outrage’ over Russian president’s invasion of Ukraine. In other words: other countries are welcome to influence US democracy every time US is invading a country…
Joe Biden on Monday defended the unscripted remarks he made at the end of an important speech in Poland at the weekend, in which he said that Russian president Vladimir Putin “cannot remain in power”, which had prompted hurried efforts by other senior figures in the administration to play down the comment in the face of international criticism.

The US president, when questioned on Sunday after attending church following his return to the White House, denied that he was seeking “regime change” as a new policy.

On Monday, at an event at the White House with director of the Office of Management and Budget, Shalanda Young, to present the 2023 budget proposals, Biden said of his remarks in Poland: “I’m not walking anything back.”

He was adamant that he was not calling for regime change in Russia, and instead was expressing only his personal “moral outrage” at the “brutality” of Putin’s assault on Ukraine, having visited some of the millions of refugees who have fled the war in the last month.

“I was expressing the moral outrage I felt … I had just come from being with those families. But I want to be clear that I wasn’t then, nor am I now, articulating a policy change,” he said.

“I make no apologies for it,” he added, of his remarks on Saturday.

Biden said that Putin’s invasion of Ukraine is “totally unacceptable” and said the comment does not undermine diplomatic efforts by the US and European allies to pursue peace and negotiate an end to the bombardment of Ukraine.

Russian and Ukrainian negotiators resume talks on Tuesday in Turkey, their first meeting in more than two weeks.

On Sunday, the day after Biden called Putin a butcher and said he could not remain in power, French president Emmanuel Macron warned against the use of inflammatory language in an already volatile situation. Britain also distanced itself from the US comments.

The Kremlin said the “personal insults” further undermined relations between the US and Russia.

Pressed on Monday on his remarks, Biden was defiant, and said he was not worried that his comments would be interpreted as a call for regime change, or that it would be used by Russian propagandists to justify escalating Moscow’s aggression.

“Nobody believes I was talking about taking down Putin … nobody believes that,” he said. “I was expressing my outrage at the behavior of this man.”

He repeated that Putin “should not remain in power” but acknowledged that “bad people” do often continue in their positions despite their conduct.

Biden did not directly say whether he would be willing to meet with Putin, and it would depend “on what he wants to talk about”.

And he said of the Russian president: “He continues on this course he is on, he is going to become a pariah worldwide, and goodness knows what he becomes at home.”
#Joe Biden
Add Comment