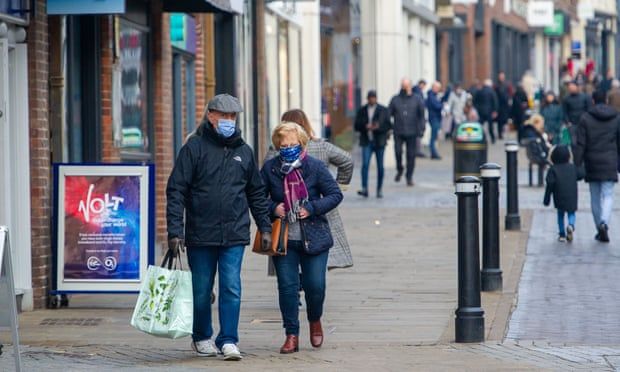 ‘I can’t see it getting any better’: could the UK be heading for a recession?

These are worrying times for Claire Tasker’s jewellery business. With soaring living costs putting acute pressure on households across the country, the Hertfordshire-based goldsmith has seen first-hand how consumers are cutting back.

“If people haven’t got money to spend then it’s items like mine they’re not really going to think about buying any more,” says the small business owner, who sells her handmade fine jewellery from her home studio in Hitchin.

It’s not only that sales are under pressure. The cost of gold, silver, copper and gems used to make her wares has risen dramatically, too. 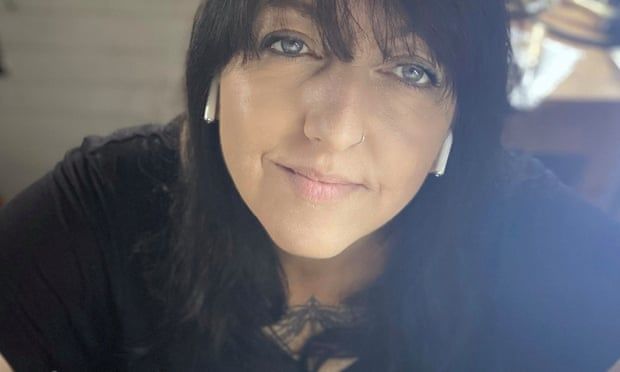 Claire Tasker’s jewellery business is being hit by higher material costs and lower sales as consumers cut back.

“I can’t see it getting any better,” Tasker says. “The cost of living is affecting me, too. There’s the stress of trying to make money, and it’s worrying being self-employed. You don’t have a steady income.”

What Tasker is experiencing in Hitchin is a microcosm of the broader economy. Inflation has been rising since last summer and there were already signs of the post-Covid recovery faltering even before Vladimir Putin ordered his troops into Ukraine. The economy expanded by only 0.1% in February and retail sales fell by more than expected in March. 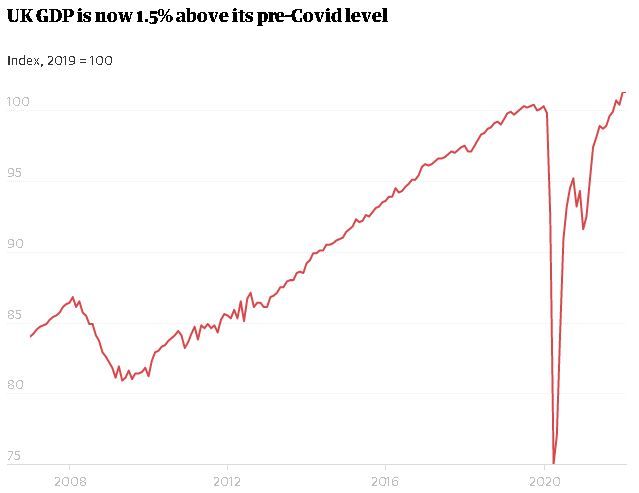 In April, cost of living pressures intensified. The average energy bill has increased by £700 a year; Rishi Sunak has raised taxes; motoring costs have gone up. The biggest squeeze on living standards since the 1950s has resulted in consumers becoming gloomier and far less willing to spend in the shops.

As far as experts are concerned, the question is not whether the economy will slow down but whether it is time to start mentioning the R word: recession. David Blanchflower, a former member of the Bank of England’s monetary policy committee, is in no doubt. “Every piece of evidence suggests that recession is coming,” he says.

The prospect of the UK suffering two consecutive quarters of negative output – the technical definition of a recession – was certainly not considered likely by the Office for Budget Responsibility (OBR) when it prepared the forecasts for the chancellor’s spring statement. While noting the headwinds facing consumers, the OBR said growth would be 3.8% this year. The International Monetary Fund’s latest world economic outlook predicted growth of 3.7% – the joint-strongest in the G7 group of industrialised nations.

The OBR and the IMF forecast a marked slowdown in 2023 but the bad economic news has arrived sooner than expected. Even economists less gloomy than Blanchflower accept that the risks of a recession have risen in recent months. Deutsche Bank says the odds of an economic downturn now stand at close to one in three. With inflation likely to remain higher for longer, the pressure on households to retrench will increase over the summer. For many consumers it will feel like a recession even if the official data says otherwise.

If the economy does slip into recession, the Treasury and the Bank of England will be blamed for making policy errors. A Treasury spokesperson said: “We’re continuing to support the economy now. We’re providing a £22bn package to ease pressures on households this year and helping businesses, including through a tax cut worth up to £1,000 for half a million small businesses.”

Rachel Reeves, the shadow chancellor, says Sunak blundered by not doing more in his spring statement to shield consumers from the economic storm that was coming. 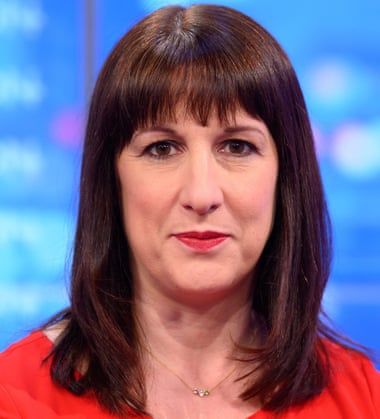 The shadow chancellor, Rachel Reeves, says the UK is ‘looking at another year of falling living standards and paltry growth’.

“The UK economy has already been put through the wringer by the chancellor’s failure to boost businesses and set out a real plan for growth. Now we are looking at another year of falling living standards and paltry growth,” she said.

Labour is calling for the government to hold an emergency budget to head off the mounting economic risks. With local elections this week, the soaring cost of living could come with a heavy price for the Conservatives. Reeves said comments made by Sunak that it was “silly” to expect more support showed the party was out of touch.

“We are the only major economy raising taxes on people in the midst of a cost of living crisis and that is a choice that will make conditions far worse for families already feeling the crunch.”

The Treasury rejects the charge that it has been asleep at the wheel, pointing out that investment will be boosted this year by the super-deduction tax break, and that the spring statement included tax breaks and a cut in excise duty for motorists. Even so, Sunak’s popularity has waned as the cost of living crisis has deepened.

Consumer spending could be propped up by more than £200bn of savings built up by households in the pandemic. However, the savings glut was mostly concentrated among the top 40% richest in society, while lower-income households lost money. While average wages are not expected to keep pace with inflation, those in the public sector and precarious zero-hours jobs are expected to lose the most ground this year. 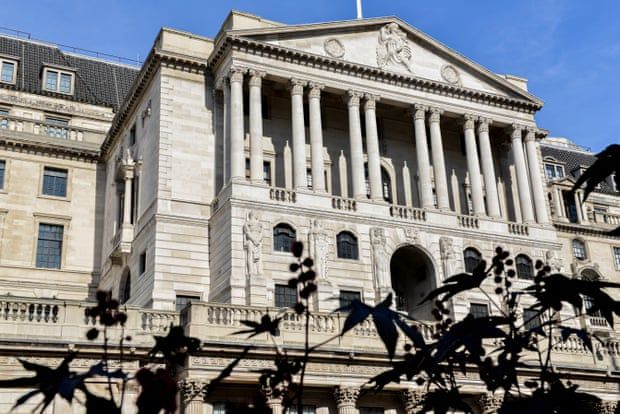 The Bank of England is expected to raise interest rates this week.

The Bank of England’s monetary policy committee is expected to respond to an annual inflation rate of 7% – the highest in 30 years – by this week raising interest rates for a fourth successive meeting. The City expects a quarter-point increase on Thursday to 1% – the highest level since immediately after the 2008 financial crisis.

The Bank wants to prevent persistently high inflation from taking root but economists warn there is a risk that increasing borrowing costs will add to the problems facing business and households when the economy is already faltering. Of the five tightening cycles in the UK since the late-1970s, four ended in recession.

“By focusing on containing any second-round effects on wages and prices, the Bank risks tipping the economy into recession,” said Paul Dales, the chief UK economist at the consultancy Capital Economics. Although he expects Threadneedle Street to raise interest rates to as high as 3% by 2023, a severe downturn could force it to move more slowly.

“A mild recession and/or modest fall in house prices may not deter the Bank too much if price pressures remain strong. But if the economy and/or housing market is weaker than we expect, the Bank may not raise interest rates as far,” he said.

Stephen King, a senior economic adviser at HSBC, said central banks had been caught out by rising inflation and there was still an assumption that it would come back to target with only modest increases in interest rates.

“History suggests that once you have got an inflation problem there is quite a lot of economic pain you have to go through to get rid of it,” King added.

For Tasker, the situation is complicated by Brexit, as higher shipping costs and delays make it harder to sell to customers in the EU. During the coronavirus pandemic she had benefited from booming domestic demand, although that is drying up.

“I’ve seen a drop in sales since the news announced there would be energy price increases. It’s not just me, it’s across the Facebook groups I’m in with people that have small businesses,” she said.

“If people aren’t spending, businesses will close. I’m not sure that’s helpful for the economy at all.”

How other major economies are faring US

The world’s biggest economy unexpectedly shrank in the first quarter. GDP fell 0.4% amid a weaker contribution from trade and lower government spending as Covid relief was wound down. Inflation has hit 8.5%, the highest in four decades, putting pressure on the Federal Reserve to raise interest rates.

Growth slowed to 0.2% in January-March, from 0.3% in the fourth quarter of 2021. Germany recovered from a contraction in the final months of last year but the French economy stalled, Italy shrank and Spanish growth slowed. Experts warn the region is at heightened risk of inflation and economic slowdown from tensions with Russia amid the war in Ukraine, because of the reliance on gas imports. 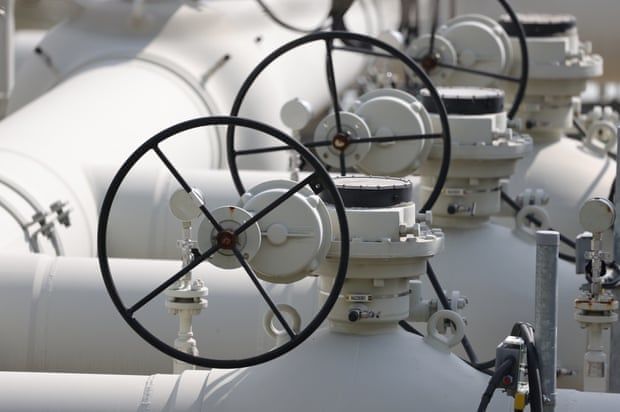 A compressor station of a natural gas pipeline in Germany.

The world’s second largest economy is under pressure as Beijing’s zero-Covid policy has led to major cities being locked down in an attempt to contain the spread of Omicron, weighing on factory output and consumer spending. The impact is expected to ripple through global supply chains, hitting activity in other countries. GDP grew 1.3% in the first quarter. 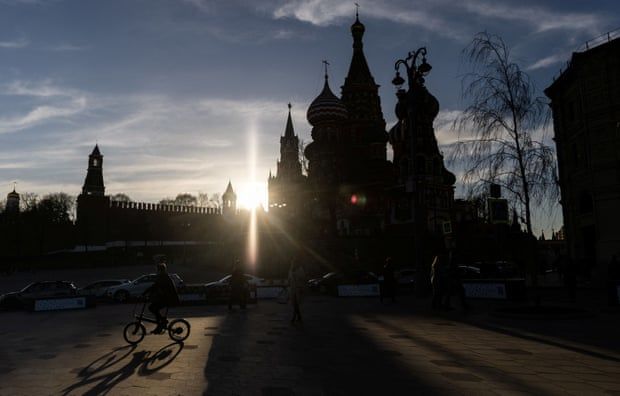 Western sanctions have been imposed on Russia.

Russia is expected to fall into a deep recession this year and next as sweeping western sanctions imposed after Vladimir Putin’s invasion of Ukraine have an impact upon economic activity. GDP is forecast to fall by between 8% and 10% in 2022, the biggest annual drop since immediately after the collapse of the Soviet Union in the 1990s. Inflation is expected to hit as much as 23%.