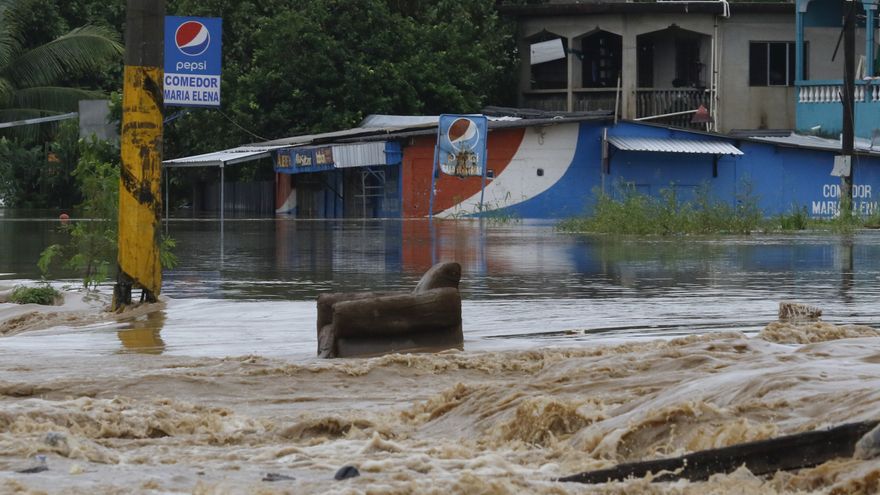 At least 16 people died in Nicaragua in the last hours, seven of them buried by a landslide in a northern mountainous area affected by severe rains and landslides caused by the devastating passage of Hurricane Iota, the vice president and first lady, Rosario Murillo, reported on Wednesday.

In statements to official media, Murillo confirmed that an avalanche of stones and mud was registered in a community in the Macizo Peñas Blancas, a rural area of ​​the Matagalpa department, to the north, where army and police brigades have recovered seven bodies and are still working.

According to Murillo, among the bodies found so far in the place is a 34-year-old woman with her three children aged 9 years, 2 years and seven months, whose home was buried by the avalanche. She added that four farmers were evacuated alive by rescuers, who are still working, and said that these deaths were added to those of eight other people on Tuesday in areas of the north and south of the country, also affected by overflowing rivers and floods.

Although the government reports eight deaths from the landslide in Peñas Blancas, where 15 missing persons have also been reported, coffee producer Henry Hueck, owner of the San Martín farm, near the site of the collapse, assured that the landslide claimed 16 lives.

Farmer Miguel Rodríguez, a worker at the San Martín farm, told The Associated Press that he saw at least "seven bodies scattered" in the area. The landslide became like a river that went down. Amongst the little houses that were destroyed, there are five houses, five families, he said, still shocked.

According to the farmer, there would still be several people alive inside another house on the other side of the hill, which was isolated by the collapse and to which the rescue brigades are trying to reach.

For its part, the Army reported that it has mobilized more than 100 rescuers there and that access is very difficult, as the rains caused by hurricanes Eta and Iota undermined the soils and toppled tree trunks that have blocked the roads.

The Peñas Blancas Massif is a 1,700-meter-high mountain that is part of the Cordillera Isabelia, one of the largest rock formations in the northern region of Nicaragua.

Iota struck the northern Caribbean of Nicaragua as a Category 4 hurricane causing the destruction of homes, landslides and river overflows. The government had reported the death of six people on Tuesday, including two children.

Meanwhile, the United States government announced that it allocated 17 million dollars in humanitarian assistance to help those affected in Guatemala, Honduras and Nicaragua by Iota and Eta – which hit the region two weeks ago –  according to an official statement issued in Washington.

It also reported that it has sent experts from the Disaster Response Assistance Team of the Agency for International Development (USAID) to those countries, who will help identify damages and needs in coordination with local authorities and international agencies.

Iota hit the coast of Nicaragua in the Caribbean and flooded parts of neighboring Honduras that were still affected by the floods caused by Eta.

After losing intensity, Iota was moving inland through northern Nicaragua and southern Honduras on Tuesday night as a tropical storm, but meteorologists warned that its heavy rains continue to pose a risk of floods and landslides. It had maximum sustained winds of 65 kilometers per hour (40 miles per hour) and was moving west at 19 km / h (12 mph).

The storm passed about 25 kilometers (40 miles) south-southwest of the Honduran capital, Tegucigalpa, where river flow increased and the rains are expected to intensify. In the mountainous city, residents of low-lying areas, prone to flooding, were being evacuated as a preventive measure, as were residents of neighborhoods vulnerable to landslides.

Here what affected the most were the floods. The Barra Patuca sector has been flooded for 15 days, said Teonela Paisano Wood, the mayor of the Honduran town of Brus Laguna. "We are in danger, if it continues to rain."

Mirna Wood, vice president of the Miskito community in the Gracias a Dios region of Honduras' eastern tip, was in Tegucigalpa collecting donations for her community ravaged by Eta when Iota arrived.

Some 40,000 people from that area had to leave their homes in the lowlands and near rivers and the sea and took refuge in shelters, but others remained stranded near the border with Nicaragua. Some were rescued by Nicaraguan authorities, he added.

In Nicaragua, the extent of the damage was unclear because much of the affected region had no electricity, no telephone or internet service, and strong winds hampered radio transmissions. Iota made landfall just 25 kilometers (15 miles) south of where Eta, also a Category 4, landed on November 3.

Preliminary reports from the coast spoke of trees and power poles downed and the roofs of homes and businesses uprooted, explained Guillermo González, director of the state Disaster Attention System.

Panama reported that one person died and another was missing in the autonomous indigenous community of Ngabe Bugle, in the west of the country.

Eta killed more than 130 people and caused landslides and flash floods in parts of Central America and Mexico. It left tens of thousands homeless in Honduras, which reported 74 dead and nearly 57,000 people in shelters.

Before making landfall in Nicaragua, Iota swept the small Colombian island of Providencia, more than 250 kilometers (155 miles) off the Nicaraguan coast. According to the president of Colombia, Iván Duque, one person died and 98% of the island's infrastructure was affected.

Providence is inhabited almost exclusively by descendants of African slaves and British colonizers, who speak an English version of Creole. The island does not have direct flights to the mainland, but it has become a popular tourist destination. Colombian authorities announced Tuesday the shipment of a ship with 15 tons of aid.

Iota is the 30th named storm in the intense Atlantic hurricane season. It is also the ninth to escalate rapidly this year, a dangerous phenomenon that occurs with increasing frequency.

In addition, it is the latest Category 5 hurricane, beating Cuba's record of November 8, 1932, said Phil Klotzbach, a hurricane researcher at Colorado State University.