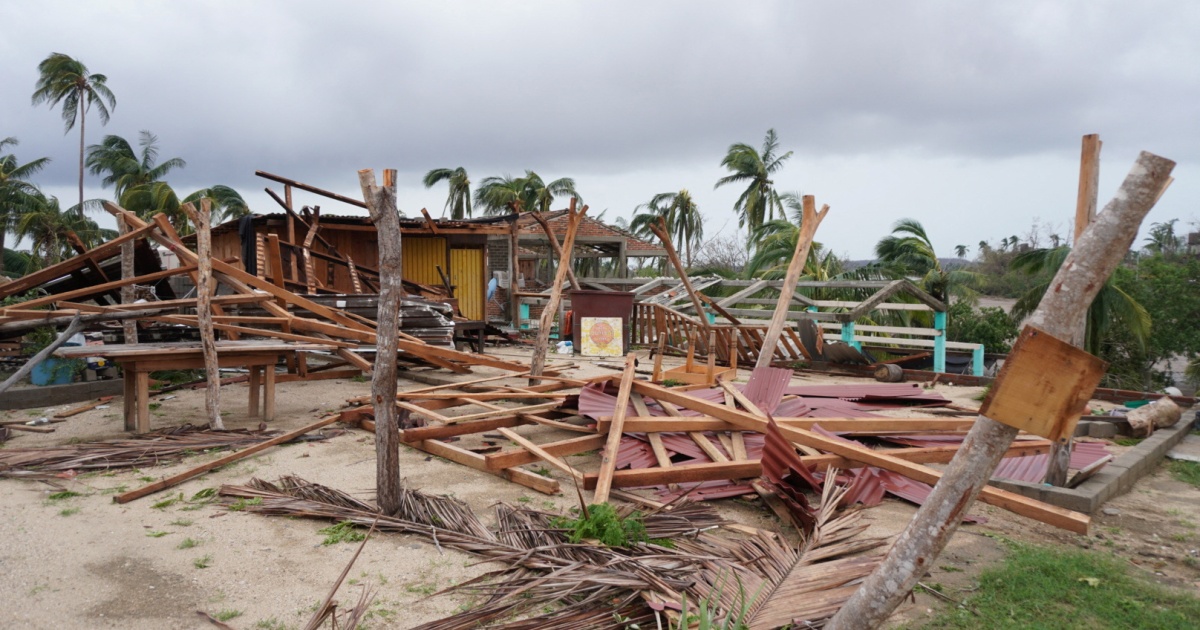 The storm was the strongest ever recorded to make landfall in May during the Pacific hurricane season.

At least 11 people have been killed with another 33 missing in flooding and mudslides caused by Hurricane Agatha in southern Mexico, the governor of the southern state of Oaxaca has said.

The hurricane came ashore on Monday, making it the most powerful storm on record to make landfall in May during the Pacific hurricane season. The Category 2 hurricane weakened as it passed over land, officials said.

Oaxaca Governor Alejandro Murat said the tallies of dead and missing were preliminary, and urged people to remain alert. 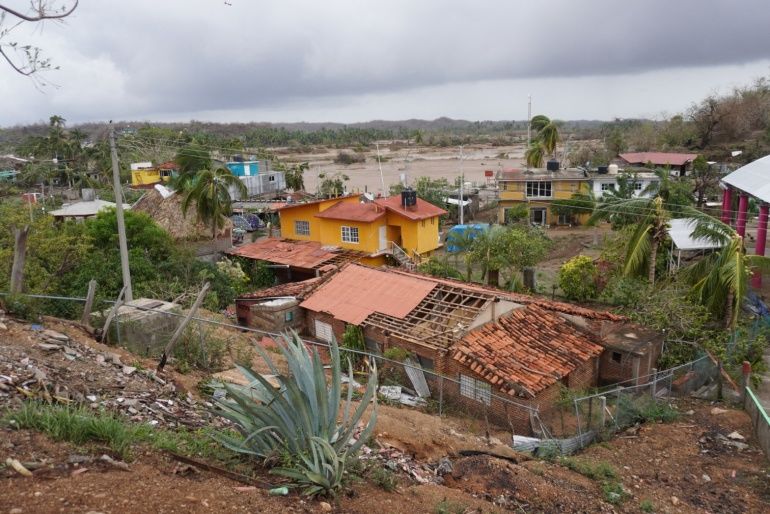 The roof of a house is damaged in the aftermath of Hurricane Agatha, in San Isidro del Palmar, Oaxaca state, Mexico

Earlier on Tuesday the governor said the majority of deaths appeared to be concentrated in a number of small towns in the mountains, just inland from the coast. He said there were also reports of three children missing near the resort of Huatulco.

Remnants of the storm moved northeast on Tuesday into Veracruz state.

In the town of San Isidro del Palmar, only a couple miles inland from the coast, the Tonameca River overflowed, forcing residents to wade through neck-deep water to salvage what items they could from their homes, according to The Associated Press news agency.

Argeo Aquino, who has lived in the town his whole life, said he could recall only two other occasions when he saw such flooding.

“The houses are totally flooded, so they are getting everything out,” Aquino told the news agency on Monday. “There are stores, houses. More than anything else, we have to try to save all the good material, because everything else is going to be washed away.” 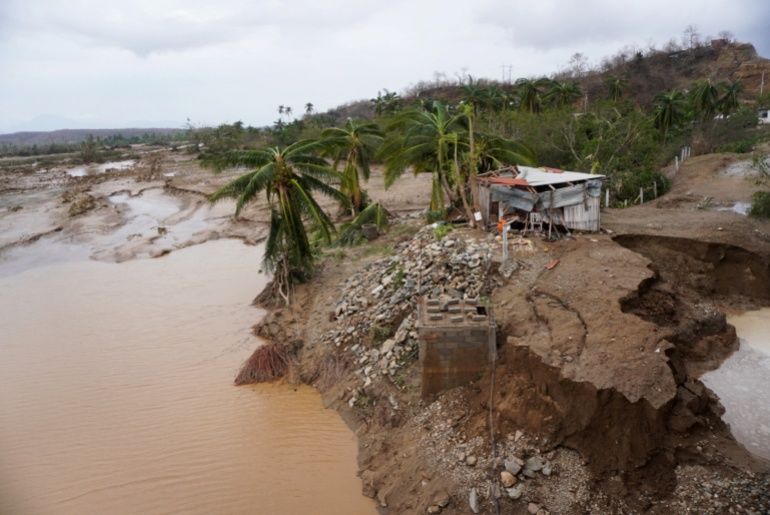 A shack is pictured in the aftermath of Hurricane Agatha in San Isidro del Palmar, Oaxaca

Scientists have warned of increasingly strong and frequent tropical storms, which every year lash the Pacific and Atlantic coasts, amid rising sea temperatures caused by climate change.

In late May, US forecasters predicted a record Atlantic Ocean hurricane season for a seventh straight year.

The deadliest storm to hit Mexico in 2021 was a Category 3 hurricane called Grace that killed 11 people in the eastern states of Veracruz and Puebla in August.