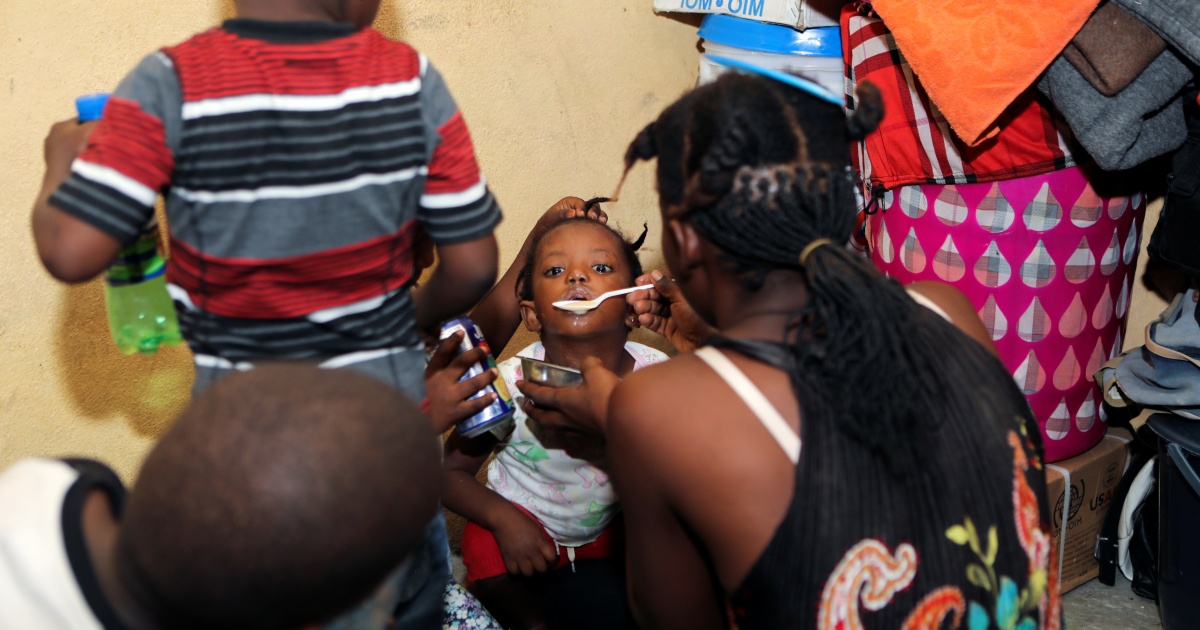 In a statement on Tuesday, WFP said insecurity around the Haitian capital, Port-au-Prince, where gangs have blocked roads and seized control of neighbourhoods, has made it difficult for people to access and afford food.

More than one million people in the capital are already food insecure and deliveries of homegrown supplies such as bananas, cannot get there by road because the trucks are at risk of getting shot at or held up along the way, Jean-Martin Bauer, WFP’s Haiti country director, told reporters.

“Large parts of the population have been cut off from the economic heart of the country,” Bauer said in the statement. “We are seeing hunger rise significantly in the capital and south of the country, with Port-au-Prince being the hardest hit.”

The violence has forced WFP to use maritime routes to send aid to the country’s southern and northern areas, it said, while humanitarian workers must be transported by air with the UN’s Humanitarian Air Service (UNHAS).

“The only safe option for humanitarians to move is by air, and without adequate funding, UNHAS faces imminent closure by the end of July 2022. Ultimately, this puts not only WFP’s assistance but humanitarian operations across the country at risk,” Bauer said.

The prime minister’s office did not immediately reply to a request for comment from the Reuters news agency.

Haiti has experienced a deteriorating security situation since the July 2021 assassination of President Jovenel Moise, which worsened an already fraught political situation in the Caribbean nation.

The president’s killing ushered in a new wave of gang violence that the UN’s human rights chief recently said has hit “unimaginable and intolerable” levels.

“Gang violence has had a severe impact on the most basic human rights of people. Dozens of schools, medical centres, businesses and markets remain closed, and many people are struggling to find basic products including food, water and medicines,” the UN’s Michelle Bachelet said in mid-May.

“Such restrictions on the movement of people and goods could also have long-term devastating impacts on the already difficult economic situation in Haiti,” she also said.

Between April 24 and May 16 alone, the UN reported that at least 92 people unaffiliated with gangs and some 96 others alleged to be gang members were killed during coordinated armed attacks in Port-au-Prince. Meanwhile, kidnappings for ransom have soared.

More than 50 people have been killed in clashes between gangs since Friday, a local mayor said.

The violence also is preventing thousands of Haitian children from going to school, the UN said last week. “Since 24 April, half a million children have lost access to education in Port-au-Prince where some 1,700 schools are closed, according to government figures,” it reported.

Last year, more than 19,000 people, including 15,000 women and children, have been forced to flee their homes due to the violence, the UN also said, while “the gang war has intensified” in 2022.

Meanwhile, a political deadlock persists as the country’s de facto leader, Prime Minister Ariel Henry, insists he can remain in his post until elections can be held.

In September, Henry indefinitely postponed presidential and legislative elections, as well as a constitutional referendum, amid the crisis.

He also has opposed a citizen-led initiative known as the Montana Accord, which was formulated by leading Haitian civil society groups and would set up a two-year transitional government, saying “elections are the only way forward”.