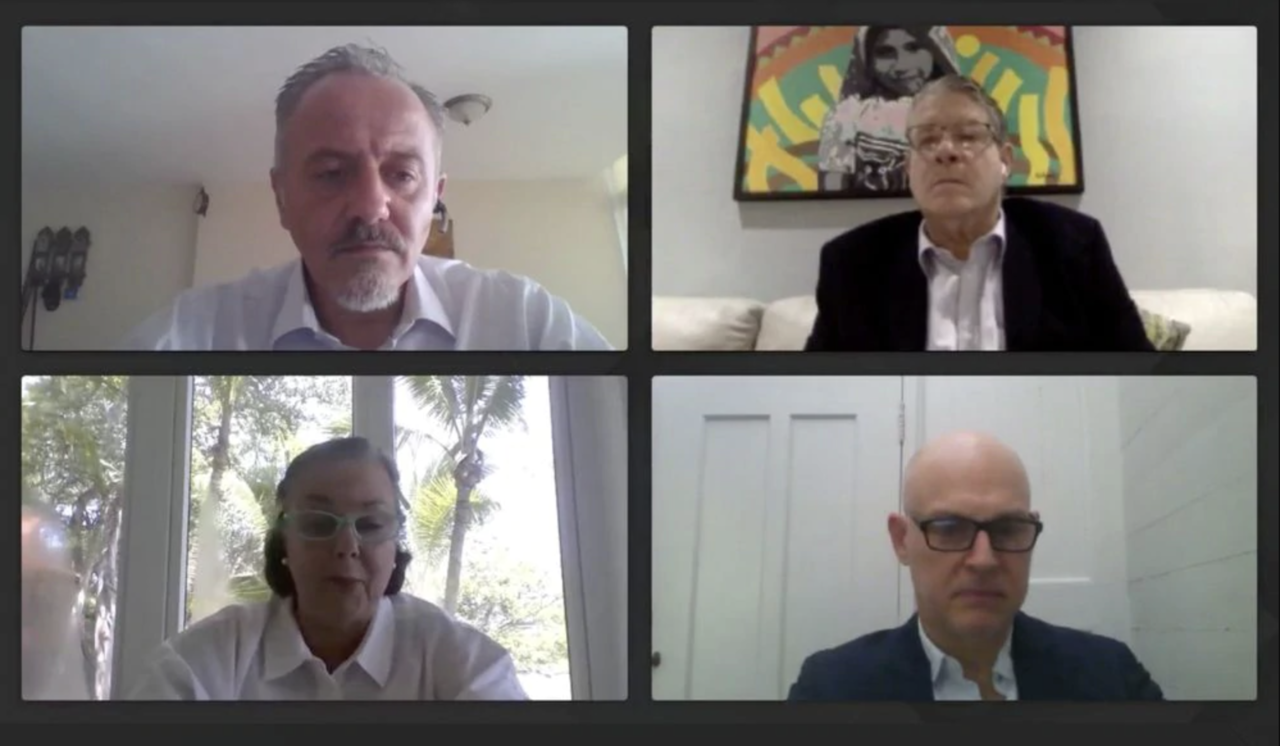 Human rights and the legality of quarantine measures in Panama

Tuesday 25 May marks 74 days since the President issued a state of national emergency, as a result of the Covid-19 pandemic.

Since then, schools have been closed, commercial flights have been banned, a curfew has been imposed, access to beaches has been prevented, court terms have been suspended and almost all commercial or industrial activities have been paralyzed, except for those linked to the food or health sector. You can only go outside for two hours, at the indicated time and day, or with a pass.

Amid the confinement of the country, there are already those who wonder whether the measures adopted by the Government are legal or contravene fundamental rights. Have the human rights been violated?

The webinar titled 'Big Brother: Assault on Freedoms in Coronavirus Times', which hints at George Orwell's 1984 novel, attempted to seek answers to these questions.

The virtual event brought together specialists in the fields of politics, technology, law and communication: Betty Brannan Jaén, president of the Museum of Freedom and Human Rights and member of the board of directors of the newspaper La Prensa; Carlos Guevara-Mann, political scientist and director of the master's program in International Affairs at Florida State University, and José Ferreira, professor and director of Information services at Copa Airlines. The moderator was Alonso De la Guardia.


One issue on which they agreed is that human rights must be protected against all circumstances. Some may limit themselves, always to apply necessary measures, adjusted to objectives defined with scientific and reasonable criteria, that are proportional and non-discriminatory, based on domestic law, and consistent with the obligations of States with international law.

The panelists made it clear that their proposals were expressed in a personal capacity, in exercise of their freedom as citizens.

Brannan Jaén warned that Panama is heading towards an "Orwellian dystopia", and considers that the situation is quite serious.

For Brannan Jaén, it is up to the population to claim their rights and freedoms.

"It is up to the citizen to understand that, when they make us choose between freedom and security, freedom and health, freedom and prosperity ... they are presenting us with a false lesson. It is not about choosing one thing or the other, but rather looking for public policies that maximize both."

In his opinion, it is about seeking a balance, "because human rights are inalienable, indivisible and interdependent".


Guevara-Mann considered that the Government has indeed violated the Constitution, especially the principle of legality that should guide any suspension of the exercise of human rights.

“Human rights are an intimate part of the citizen. No government does not take them away. No one does not give them away; it behooves us,” he said.

There are exceptional situations, which may require, for the sake of the common good, the suspension of the exercise of some rights, but the Constitution, article 55, indicates the procedure to follow in the declaration of the state of emergency, and that to date, has not happened.

Article 55 indicates, among other things, that “the state of emergency and the suspension of the effects of the aforementioned constitutional norms will be declared by the Executive Branch by decree agreed in the Cabinet Council. The Legislative Body, in its own right or at the request of the President of the Republic, must know of the declaration of the referred state, if it lasts for more than ten days and confirm or revoke, totally or partially, the decisions adopted by the Cabinet Council, related to the state of emergency.” This same article establishes which are the rights that can be “temporarily suspended, partially or totally”.

Precisely, this is what Guevara-Mann questions.

"A state of emergency was declared, which is not the same as a state of urgency ... The Government did not follow the procedure, and the National Assembly has said nothing. In consequence, the measures imposed in violation of the Constitution have also closed social rights, such as work, wages, education, food and other rights that the Constitution indicates, but nobody reads it.

The political scientist also questioned that the Judicial Branch suspended the judicial terms (supposedly, until June 7).

"It is evident that the Government has abused [the situation]. This is a democracy, not an Orwellian totalitarianism," he remarked.


Ferreira stated that the issue of human rights, even on technological platforms, is a key pillar. He explained that governments rely on technology to combat Covid-19. The problem would be, if the information is not used for what has been indicated.

"In any case, there must be legal and technical guarantees to mitigate the risks of personal data protection and assault on the privacy of citizens, because no one has asked us for consent, despite the fact that we are in an emergency," said Ferreira.

He considered that technology has played a role throughout the pandemic and that “if the Government had been more aware of legality, security and privacy before Covid-19, we would all be much more confident of the proper use of our data or our information."

"The data is shared to control the epidemic and that is not bad. The problem is that there is no consent and neither do they guarantee that they will do with this data. In this sense, it is difficult to separate the personal and political vision of the authorities from the proportional response of the crisis, the real graphs of the socially acceptable graphs,” he added.

For Ferreira, technology is like a chef and a knife.