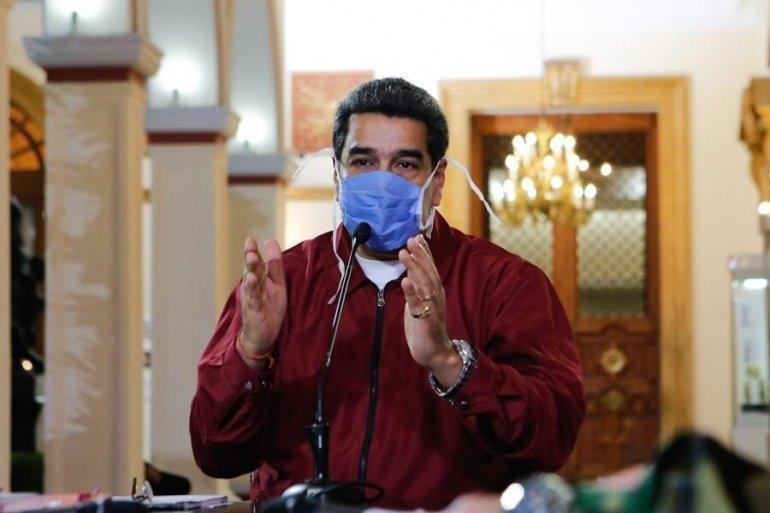 The figures on the coronavirus in Venezuela, where the Nicolás Maduro regime reported 10 deaths, are false and "absurd", and a conservative estimate puts them at least 30,000, according to Human Rights Watch (HRW) and Johns Hopkins University.
According to José Miguel Vivanco Human Rights Watch director for the Americas, the figures provided by the Venezuelan government are absolutely absurd and not credible. He presented on Tuesday on a video conference HRW and Johns Hopkins third report on the humanitarian situation in the South American country.

"In a country where doctors do not even have water to wash their hands in hospitals", where "the health system is totally collapsed", where there is "overcrowding in neighborhoods and prisons" (...) in those circumstances that there are only 1,000 infected and only 10 dead does not seem credible," he said.

According to the Venezuelan government, until last Sunday the virus left 1,121 infected and 10 deceased in the country of 30 million inhabitants.

Dr. Kathleen Page, a physician and associate professor at the Johns Hopkins University School of Medicine who interviewed numerous Venezuelan doctors and nurses for the report, said that a conservative estimate would put the number of deaths from the virus in Venezuela somewhere around 30,000.

Page said the government reported doing more than 300,000 tests for the coronavirus, but the type of tests it uses (serological) have a high false negative rate when one is infected.

Venezuela has 30 million inhabitants and with current conditions, when 25% of the population lacks running water continuously and must go out looking for it, "let's say that a conservative estimate is that 1% is infected with coronavirus", she said.

Page said that at this time in Venezuela 60% of hospitals indicate that they do not have gloves or masks and more than 70% do not have access to water, soap or alcohol gel.

"It is a really Dantesque situation, where doctors have to bring their own water to wash their hands or to drink" and "where patients do not have water either," Page said.

According to Page, one of the surgeons told her that he had to wash his hands with the water that falls from the air conditioning to prepare before surgery.

Other doctors and nurses told her of the foul smell of feces, vomiting, urination in hospitals, with relatives of patients cleaning toilets, and that sometimes patients are asked to go to the garden to relieve themselves.

This makes you think about whether it's better to stay home or go to a hospital where there is a risk of other infections, she said.

Venezuela, devastated by an unprecedented crisis and without running water in 70% of its hospitals, has "a dictatorship that represses journalists and hides numbers" and medical personnel who try to report what is happening, Vivanco said.
#COVID-19  #Covid  #Coronavirus
Add Comment