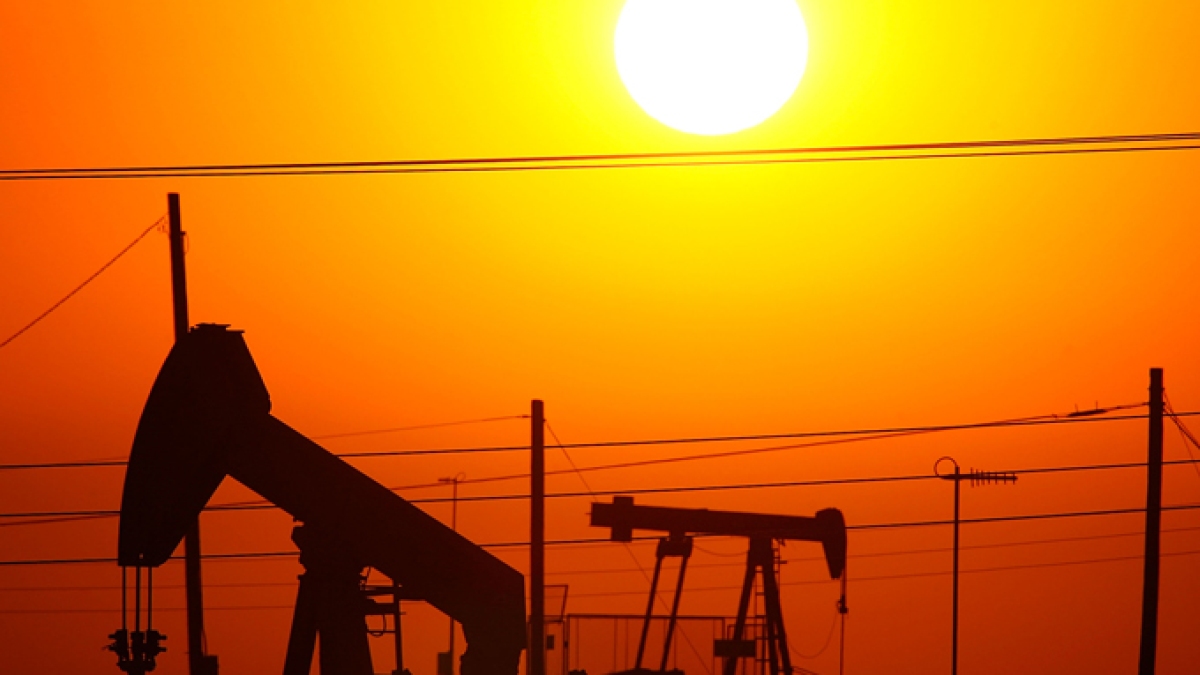 How US climate lawsuits could hold Big Oil accountable

If successful, a growing wave of lawsuits could force companies to pay for climate adaptation, experts say.

The Hawaiian island of Oahu is experiencing record downpours called “rain bombs” and homes and highways are disappearing into the sea. Across the island, rising tides could displace thousands of people in the years ahead and cost the economy billions of dollars.

The state capital Honolulu is among 19 local governments across the United States seeking damages from energy giants, alleging they knew in the 1970s that burning fossil fuels would cause catastrophic climate change.

But instead of deploying alternative energy systems, the industry launched a campaign to deceive the public about climate science so they could continue to sell their products, the Hawaiian lawsuit alleges.

The earliest US lawsuits were filed in California in 2017. Since then, oil companies have shifted them to the federal court, which they see as friendlier, but judges have booted them back to the state courts. New Jersey filed the latest suit in October, accusing the industry of contributing to the devastation of Hurricane Sandy.

Denise Antolini, a University of Hawaii law professor, told Al Jazeera the cases were having a “snowball effect”, as early successes encouraged more jurisdictions to sue. The Honolulu complaint was filed in 2020 and is now moving into the discovery phase.

Antolini, who has lived on Oahu’s northern shore since 1990, has watched as erosion and sea-level rise have eaten away at famous beaches, with the state scrambling to adapt.

“Will these cases help us get off of fossil fuels? I think the answer is yes. But it is complicated because the world is so addicted to fossil fuels, including Hawaii,” she said. “It’ll be a long, slow road, but these cases speed us up toward the right future.”

World leaders meet in Egypt this week to negotiate emissions limits at the United Nations climate change conference, known as COP27. But a new UN report found there is “no credible pathway” to prevent average temperatures from rising by more than 1.5C above pre-industrial levels, citing “woefully insufficient” progress towards this international goal.

The US climate lawsuits are one bright spot in global climate action, experts say, just as cases against Big Tobacco in the 1990s resulted in a settlement of more than $200bn against cigarette companies.

The lawsuits could force executives to testify under oath, make companies pay for climate adaptation and change how firms do business, Antolini said.

The fossil-fuel industry knew as early as the 1950s that greenhouse gases could warm the planet, the Honolulu lawsuit alleges, citing a nuclear physicist’s warning at an American Petroleum Institute (API) event in 1959 that rising carbon dioxide levels could melt ice caps and submerge coastal cities.

By 1965, the suit alleges, the defendants were aware of scientific research showing that the widespread use of fossil fuels would cause global warming by the end of the century, with “wide-ranging and costly consequences”. Towards the end of the decade, API commissioned studies that linked rising carbon dioxide levels to fossil fuels, and in 1972, the institute sent a report to large fossil-fuel companies warning of the associated risks.

In 1979, API and fossil-fuel companies named as defendants in the Honolulu lawsuit launched a task force to monitor government and academic research on climate change, according to the complaint. By 1988, the industry “had amassed a compelling body of knowledge” on how burning fossil fuels would warm the planet and cause climate chaos, including extreme rainfall, drought and heat waves.

But instead of controlling carbon emissions, the industry tried to control the message, the suit alleges, with a decades-long campaign to conceal, discredit and misrepresent scientific evidence.

In 1988, an Exxon public affairs manager wrote in a memo that the company should “emphasize the uncertainty in scientific conclusions regarding the potential enhanced Greenhouse Effect”. In 1991, the Information Council for the Environment, whose members included oil companies, launched a national climate denial campaign attempting to “reposition global warming as theory (not fact)”.

“Disinformation works best when we anchor it in just a teeny sliver of truth, and then you just warp it, and that’s what they did – raise uncertainty, raise doubt where there was none,” Richard Wiles, president of the Center for Climate Integrity, told Al Jazeera.

The campaign has been successful, he added.

“The US doesn’t have a climate policy that actually addresses emissions. They’ve won this battle.”

But the slew of lawsuits across the US, if successful, could ultimately change how Big Oil acts in the long term, Wiles said. “If the companies have to actually pay for all the damages they’ve caused, that’s going to be a huge disincentive.”

“Maybe not for them to drill, but for people to invest in those companies because the liability is just too enormous … You only really need one win. The industry knows that – they know they’ve got to win them all. They can’t afford to lose any of these cases.”

Al Jazeera reached out to lawyers for Chevron, Shell, Exxon and BHP, all named in the Honolulu lawsuit.

Chevron was the only company that responded, calling the wave of climate lawsuits “baseless”.

“Government officials, in Hawaii and elsewhere, have had access to facts and information underlining the potential causes of global climate change – including a connection with fossil-fuel use by consumers, the government, and industries – since at least the 1950s.”

Experts say that without action from the courts, the US Congress is unlikely to tackle emissions in a meaningful way.

The oil industry has seen “ungodly levels of profit”, Antolini said, but its weak spot is insurance backing. “Insurers will deny coverage when the harm was not accidental but intentional.”

One defendant, Aloha Petroleum, is suing its insurer for refusing to back its costs in the Honolulu case.

“Imagine if the insurance companies all said no,” Antolini said. “That would fundamentally change their risk calculation about how they conduct business.”

Dan Farber, a law professor at the University of California, Berkeley, agreed that insurance is a weak spot.

“This will reinforce concerns that the banking industry already has, and also concerns that major investors have, about the fossil-fuel industry and whether it’s a good investment,” he told Al Jazeera. “So I think this definitely puts pressure on them, the longer these cases stick around.”

The industry’s response to the Honolulu case indicates what their strategy could be going forward.

In a response filed in September, Chevron cited local media coverage in the 1950s that suggested burning coal and oil might increase carbon dioxide, creating a greenhouse effect that could melt snow in polar regions.

Yet, “Hawaii continued to promote and encourage the production and use of oil and natural gas”, the company’s legal counsel told Al Jazeera, adding that the case did not “identify a single false statement by Chevron”.

The Honolulu lawsuit does cite a 1998 API Global Climate Science Communications Plan, developed by representatives of Chevron and others, that strategised ways to raise “uncertainty” among the public. The plan noted that “victory will be achieved when … average citizens ‘understand’ (recognize) uncertainties in climate science [and when] recognition of uncertainties becomes part of the ‘conventional wisdom'”.

But, according to Antolini, “the defendants’ argument that climate change was well known is not the issue”.

Oh ya 87 days ago
Take all these that oppose fossil fuel and cut them off of anything that is connected to it. . They would be naked in the forest hunting for a handful of barriers
View all comments (1)Add comment