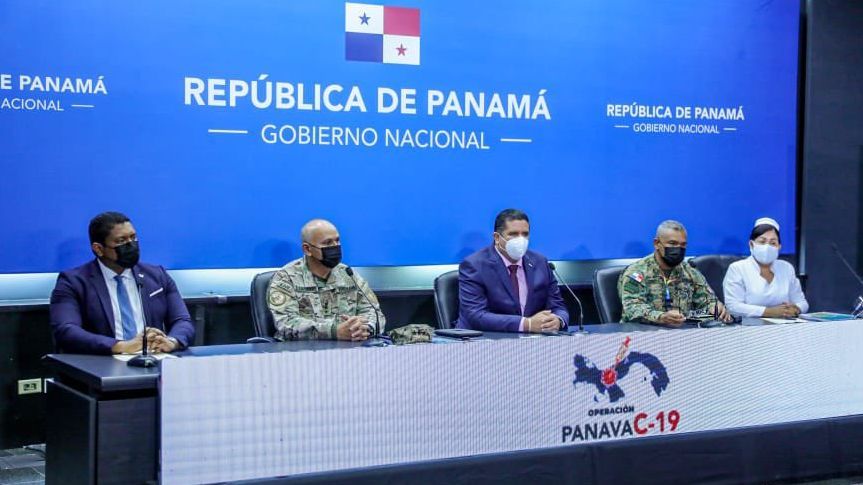 More precise details were reported from the Presidency of the Republic of Panama on what the National Vaccination Plan against COVID-19 will be, once the doses of Pfizer / BioNtech arrive in the country.

As specifically explained by the National Head of Nursing of the Ministry of Health (Minsa), Eusebia de Copete, the vaccination operation deserves a series of organizational and planning efforts.

Copete explained that a prioritization has been made and vaccination points have been established, the vaccination flow will start from the moment the manufacturer arrives at the airport, then it will go to the National Biological Depository and when arriving there the dispatches will begin, which will go to the 15 health regions.

The chief said that the 6 closest regions will be the first to which the doses will be dispatched, and from there supported by the security forces and they will go to the rest of the regions.

A vaccination strategy consisting of five days has been developed, broken down as follows:


Delivery and distribution and vaccination of front-line personnel in hotels and hostels, hospitals, new COVID-19 health facilities and private hospitals


Vaccination of first-line personnel in health centers and polyclinics at ERR, EUT and Hisopados Centers


Sweep of the prioritized population not covered from Phase 1 stage 1A
During these five days, 2,400 nurses will be in charge of supplying the doses, and will be supported by nursing technicians and the security forces.

"We must all support it so that it is a success, it will be vaccinated in the different phases and while the vaccines arrive, trust in the work carried out by the nurses in the country, Panama has one of the best vaccination schemes," Copete said.

It should be noted that the expected first shipment of the vaccine developed by Pfizer / BioNtech will be 40,000 doses and will be applied in the First Phase to health personnel, security forces and people at risk.

The head of nursing also stated that in the first instance it was planned to provide vaccination to the sector of Panama and West Panama; However, when doing a re-planning, more sectors have been considered and it ruled that it is contemplated to attend to bedridden people, either through the programs of the Social Security Fund (CSS) and the Minsa. The people who should be dosed at home have already been identified.


The Minister of Security, Juan Pino, said that an entire logistics and security operation has been developed with the Joint Task Forces (FTC) to guard the vaccines, which they call "high value cargo."

In summary, Commissioner Eliécer Cárdenas, air and maritime coordinator of the PanaVac19 operation , explained that the doses of the Pfizer vaccine will be transferred from the Panama Pacifico airport to each regional center in the provinces and regions.

The coordinator highlighted that the area of ​​operations is divided into four air-naval regions, 15 collection points have been identified in each of the provinces and 30 areas of interest, which are communities with difficult access, in coordination with regional heads of Health and regional heads of nursing.

Cárdenas explained that in Phase 1, transportation will be carried out in 24 hours by 4 aircraft and a helicopter. Three aircraft will transport the vaccines to Bocas del Toro, Chiriquí, Veraguas, Coclé, Herrera, and Los Santos, while one aircraft will be used to transport the doses to the West and East sectors.

Phase 3 involves distribution to hard-to-reach areas, for which 8 helicopters and 4 aircraft will be used, in addition to 9 coastal patrol boats.

Oh ya 42 days ago
The 1st people that should have to take it are the people working in the goverment that arranged for this. They need to lead by example and the rest of us can wait a year or two and see how well that goes and then decide if we want to do it
View all comments (1)Add comment