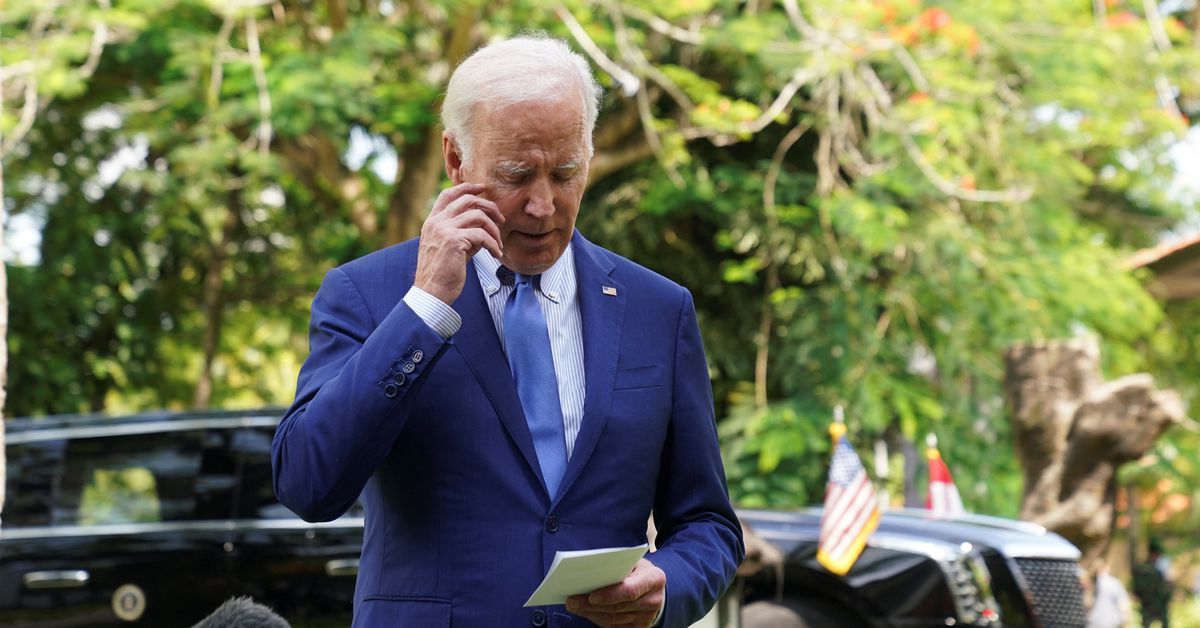 How the Biden White House scrambled after Poland missile blast

President Joe Biden has been adamant that the United States will back Ukraine in its nine-month fight to repel a Russian invasion. But he has insisted, "we will not fight the Third World War in Ukraine."

So when a missile struck a village in Poland near the Ukraine border on Nov. 15 and there were early claims it was launched by Russia, he and his top team of advisers were jolted into crisis mode. The United States and other NATO nations would be obliged to defend fellow NATO member Poland militarily if it were a Russia attack - a situation that could escalate into the global war most wanted to avoid.

Biden, in the waning days of a week-long Asia trip, was woken up by aides in the middle of the night in Bali, Indonesia, to let him know that a missile had killed two people in Poland, a U.S. official said.

Preliminary information from U.S. sources indicated that Ukraine may have fired the missile in an attempt to repel a blizzard of incoming Russian missiles and it had accidentally landed in Poland.

As they sought confirmation, the White House and other U.S. agencies publicly said little. "We cannot confirm the reports or any of the details at this time. We will determine what happened and what the appropriate next steps would be," said White House spokesperson Adrienne Watson.

Behind the scenes, Deputy Secretary of State Wendy Sherman was reaching out to some foreign diplomats, asking them to adopt a cautious approach and to be "measured" while the United States worked out how it would respond, Western diplomats told Reuters.

Flanked by Secretary of State Antony Blinken and National Security adviser Jake Sullivan, and wearing a t-shirt and khakis, Biden made an early-morning call to Polish President Andrzej Duda, offering his condolences and support for an investigation, the White House said.

As tensions simmered, and European allies fretted, the U.S. military tried to reach out to Moscow.

The Pentagon has stressed the importance of military-to-military communication with Moscow during the nine-month-long Ukraine war.

For instance, the White House has had talks with Russia about its threats to use nuclear weapons against Ukraine, and top defense officials spoke with their Russian counterparts in October after Moscow accused Ukraine of planning a "dirty bomb" attack.

But at the Pentagon on Tuesday, efforts to contact Russia's military failed.

"Some attempts were made. No success," Milley told reporters.

"My staff was unsuccessful in getting me linked up with General Gerasimov," he said.

Sullivan, who has been in touch with Russian officials about the risks around the Ukraine invasion, did not make contact in relation to this incident, a White House official said.

CIA Director Bill Burns, who had met with his Russian counterparts at the Russian intelligence agency SVR in Ankara on Monday, was in Kyiv on Tuesday, the day the missiles hit Poland, and traveled to Warsaw the next day.

A U.S. official said that in Ukraine Burns "discussed the U.S. warning he delivered to the head of Russia's SVR not to use nuclear weapons and reinforced the U.S. commitment to provide support to Ukraine in its fight against Russian aggression."

The U.S. official said Burns met with officials in Poland and "discussed the current situation" but would not comment when asked whether Burns had reconnected with SVR after the Poland incident.

A Kremlin spokesperson said he did not know if Russian channels with the United States were activated to prevent any further escalation but noted that the American reaction was "restrained."

Biden and his aides convened an emergency meeting of G7 leaders at 9am Wednesday morning in Bali to discuss the incident, where he told them what the United States had learned - that the blast was caused by a Ukrainian air defense missile.

He was a little more vague answering reporters' questions after the meeting, saying it was "unlikely" that the missile was fired from Russia based on its trajectory.

Later, NATO's secretary-general said the blast was likely caused by a Ukrainian air defense missile that went astray but that Russia was ultimately responsible because it started the war.

Poland has been conducting its own investigation into what happened. The U.S. military has sent American explosives experts to the site to help with the probe, at Poland's request, a U.S. official said.

The official said the investigation is expected to conclude fairly quickly that Ukraine fired the missile. "It's now just a matter of doing forensics work to determine what kind of missile it was," the official said.

Ukraine has insisted there was a "Russian trace" in the blast and has sent its own experts to the site to investigate.

The incident highlights just how dangerous the Russian invasion of Ukraine is for Europe, and the rest of the world, observers said.

"Poland and the Baltics have been warning for some time that there is a real risk of something happening that draws the West into a wider conflict," said one European diplomat. "What happened on Tuesday makes it clear that this war is not managed, it is not controlled."