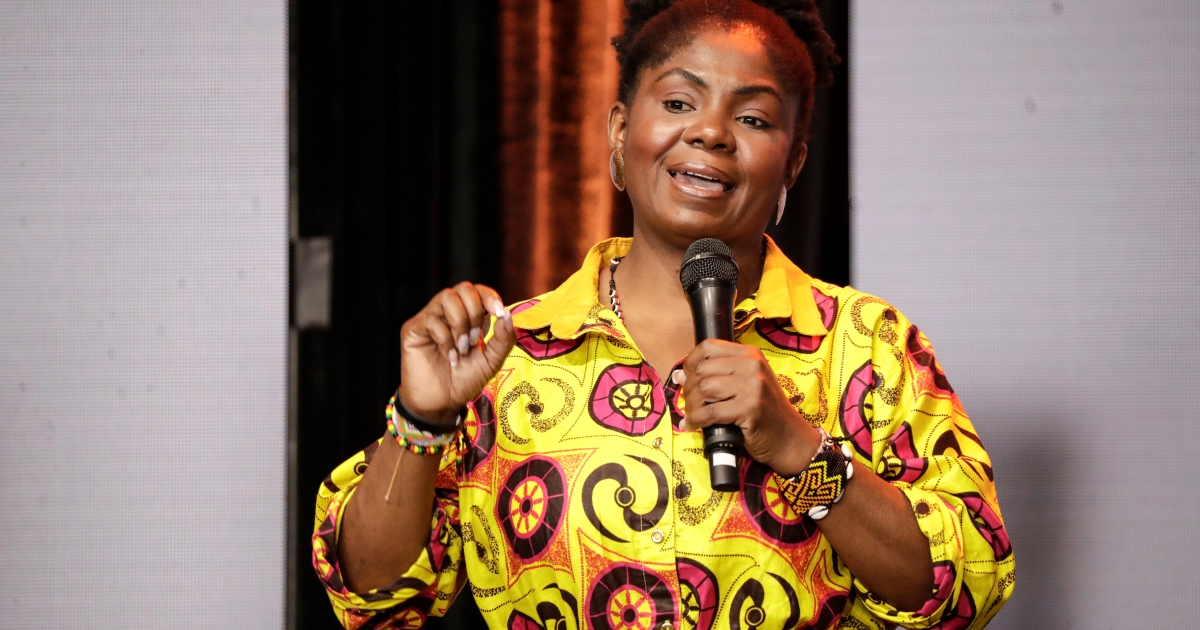 How Francia Marquez aims to break barriers in Colombia

In 2019, Francia Marquez survived an assassination attempt by men wielding firearms and grenades – an attack that came on the heels of a string of death threats against the award-winning Colombian environmentalist.

Now, three years later, Marquez could become the first Afro-Colombian vice president – a historic development in a country where politics has traditionally been the domain of wealthy white men. She was tapped for the position by leftist presidential candidate Gustavo Petro, widely viewed as the frontrunner in the upcoming May election.

“This is an important moment for the ‘nobodies’ of this country who have never had a voice,” Marquez told a news conference after her nomination last week. “This is a moment of racial justice, of gender justice, ecological justice – and a moment of social justice.”

As supporters pointed to the momentum of the “new left” movement in Colombia, Marquez received more than 700,000 votes in a presidential primary earlier this month. Supporters hope her appointment will mean greater representation at the national level for regions long neglected by policies crafted in Bogota.

She will run for vice president alongside Petro, a senator and former mayor of Bogota who once took up arms against the Colombian state as a member of the rebel group M-19. Petro has maintained a double-digit lead in recent polls over his closest presidential rival, right-wing politician Federico Gutierrez.

Marquez has focused her campaign on the need for economic investment in conflict zones, environmentalism, and ensuring implementation of Colombia’s 2016 peace accord. She has vocally opposed the drug wars in Colombia, known as the world’s most dangerous country for environmental defenders.

“We are living a historic moment,” Cha Dorina Hernandez, the first Black congresswoman from San Basilio de Palenque, a historic district known as the first free town in the Americas, told Al Jazeera. Black communities “have historically been excluded from decision-making and economic opportunity in Colombia”, she added.

“We have never had real power over our lives, over our future. She is now in a position to make what we have been fighting for a reality.”

A lawyer and mother of two, Marquez was born in Yolombo, Cauca, a conflict-hit region in southwestern Colombia.

A longtime activist, she earned a Goldman Environmental Prize in 2018 for her mobilisation efforts against illegal gold mining. As part of that campaign, Marquez led dozens of women in a 10-day, 563km (350 mile) march from La Toma, Cauca, to Bogota, demanding an end to the mining operations.

In an open letter last year to Kamala Harris, congratulating her on becoming the first African American vice president, Marquez expressed hope that the United States would pay more attention to Colombia’s strife: “Afro-Colombian and Indigenous people are tired of being in the midst of violent confrontations, and of seeing our rivers and lands become cemeteries and mass graves.” 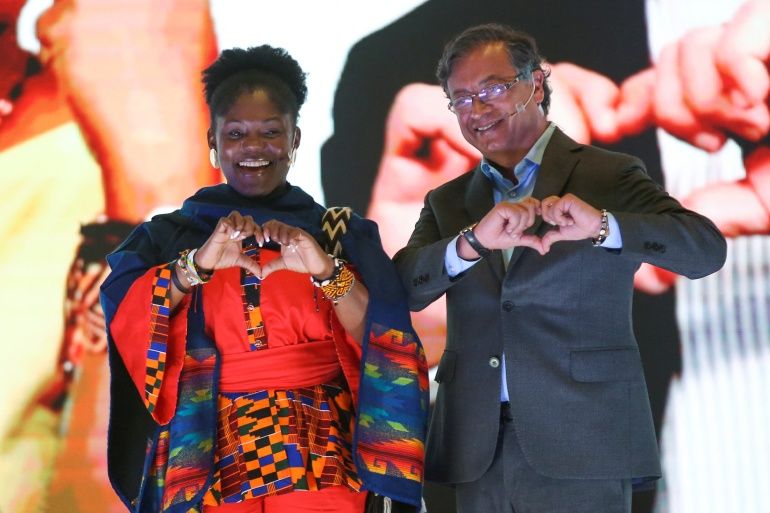 Marquez (left) and Petro gesture during a presentation event in Bogota, March 23

Cauca, a focal point of Marquez’s activism, has been struggling in recent years against armed groups and rampant lawlessness.

Social activists often end up in the crosshairs: Across Colombia, 138 human rights defenders were killed in 2021, accounting for more than a third of the global total.

Through her own work, Marquez has spearheaded sustainable farming programmes, advocated for Indigenous communities in territorial struggles against international firms, and helped to build alliances among Afro-Colombian communities in the Pacific coast region.

Brigitte Baptiste, the former director of Colombia’s Alexander von Humboldt Institute for Research on Biological Resources, told Al Jazeera that Marquez represents a sharp departure from the established political party system, in which voices like hers are often excluded: “She is a symbol of a new generation that demands things be done differently.”

Politician Angela Maria Robledo said Marquez could be a decisive factor in the May election. “Francia isn’t only an important figure in symbolic terms, she is a politician who brings a lot of hope, especially because of what she represents and what this struggle means for human rights and environmental protections,” Robledo told Al Jazeera.

Marquez recently announced plans to base her campaign in Medellin, the power base of right-wing political parties in Colombia. She hopes this will be a powerful symbol, as her attempts to bring attention to historically marginalised populations are launched from the heart of conservative power.

“This is only the first step in a long journey,” Marquez said at her recent news conference. “The moment has arrived for Colombians to choose their path. The time has arrived to write a new story for Colombia.”