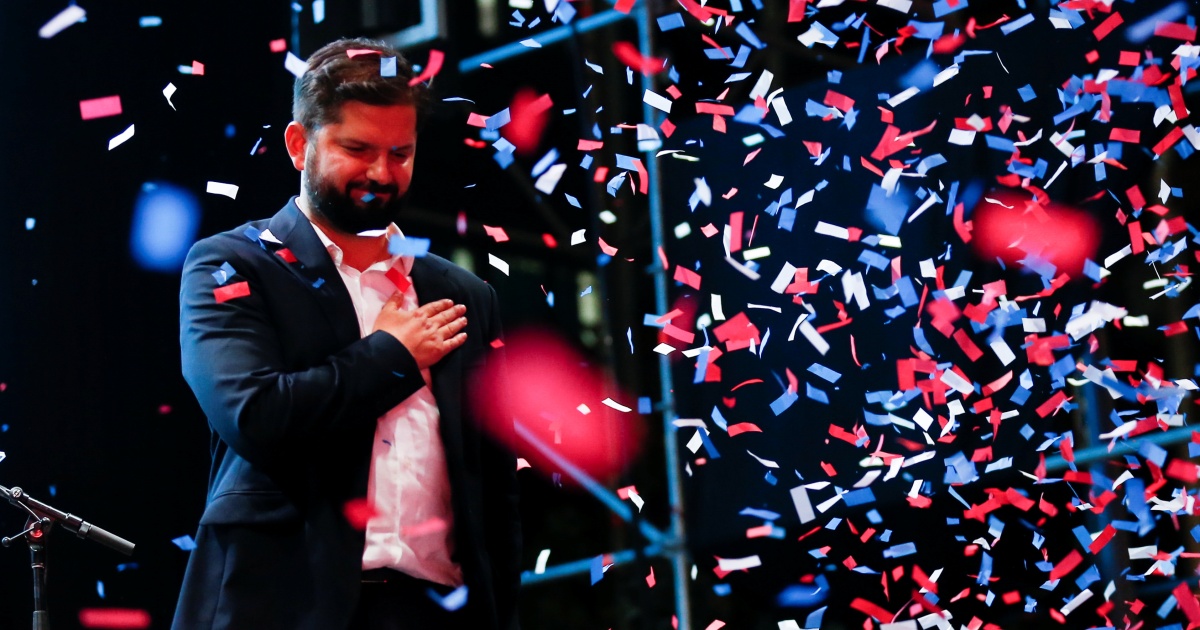 How Boric’s new social contract in Chile can succeed

By introducing principles of fiscal progressivity into its constitution, Chile can end the vicious cycle of inequality.
Chilean President-elect Gabriel Boric has no choice. The man whose election is probably the most important political event in the country since the 1988 referendum that restored democracy after the Pinochet dictatorship has assured that if “Chile was the cradle of neoliberalism, it will also be its grave”. If he wants to keep his promise and negotiate a new social contract, the 36-year-old president-elect will have to tackle reforming taxation.

This is because in Chile the tax system is the guarantor of the perpetuation of inequalities, the persistence of which has fuelled social tension verging on explosion the past few years. Those who boast about the successes of the Chilean model come up against implacable statistics. With the richest 10 percent of the country taking nearly 60 percent of the national wealth and the poorest half of the population receiving only 10 percent, it is one of the most unequal countries in the world.

This is proof, if any were needed, that reducing inequalities does not only require redistribution policies, but also a state capable of financing quality public services – particularly healthcare and education – that are accessible for the largest number of people possible. These efforts are not expenditures to be hunted down in the name of austerity, but rather investments that are essential to reducing inequalities. In our country, this engine has broken down.

With tax revenues of 19.3 percent of GDP in 2020, Chile is far from the average of 33.5 percent in the Organisation for Economic Cooperation and Development (OECD), the club of rich countries it is proud to be a member of.

Worse, our tax system is very regressive, with a heavy reliance on indirect taxes, which mainly affect the middle- and lower-income sectors of the population, while giving preferential treatment to large companies. And tax evasion is taking its toll: We have calculated, for example, that between 2013 and 2018, our tax authorities lost between 7.5 and 7.9 GDP points each year, equivalent to 1.5 times the education budget and 1.6 times the healthcare budget.

The fiscal contract, therefore, needs to be rebuilt – a gigantic undertaking. This means reforming the value-added tax, significantly reducing the rates for basic necessities, medicines, and books. Paying 19 percent less for milk or bread would make all the difference for the poorest households.

It also requires the introduction of a progressive tax on the highest assets and a tax on large fortunes. Less than 0.1 percent of the population, the very rich, have the equivalent of Chile’s GDP in their hands. Taxing their wealth at a rate of 2.5 percent would raise some $5bn, or 1.9 percent of GDP.

Finally, certain exemptions that benefit only high-income groups, whether multinationals or the richest, must be repealed.

Of course, we can expect a tug of war in Congress, which is half controlled by conservatives. That is why taxation must be at the centre of discussions for the new constitution, which will be submitted to a referendum in the third quarter of 2022. The current text, approved in the middle of the Pinochet dictatorship, enshrines the neoliberal model by limiting the ability of the government to reduce inequality through taxation.

The constitution should adopt the principle of tax progressivity, with a clear definition: That is, effective tax rates should depend on the level of income or wealth, with wealthier citizens contributing more. Of course, these principles must then be translated into law by Congress. But having this text in the constitution forces elected officials to be more transparent.

To state a principle of progressive taxation is to allow an eventual popular and democratic majority to re-found the fiscal pact. This idea was raised by Thomas Piketty, with whom I work on these issues within the Independent Commission for the Reform of International Corporate Taxation (ICRICT), during a recent exchange with a group of elected representatives of the Constitutional Convention, tasked with drafting the new constitution.

Civil society has understood the urgency of seizing this debate, which is above all political, so as not to leave it hostage to technical bureaucrats who favour the status quo. Thus, experts, NGOs, and trade unions have just created a Citizen’s Tax Justice Network for Chile to submit concrete proposals to the Constitutional Convention.

By writing progressive tax principles into its new constitution, Chile can show the way to other countries. For although it is a country of barely 19 million people located just off Antarctica, it symbolises a global trend.

Everywhere, top marginal rates of personal income tax and inheritance tax have been reduced, while taxes on net wealth, once relatively widespread in OECD countries, have been abandoned by most. Corporate tax rates have fallen dramatically everywhere, with companies taking advantage of an outdated international tax system to hide their profits in tax havens.

Everywhere, the rich are even richer two years after the start of the pandemic. The combined wealth of all billionaires, estimated at $5 trillion at the end of 2019, has reached its highest level ever, at $13.8 trillion, according to a recent Oxfam report. The world now has a new billionaire every 26 hours, while 160 million people have fallen into poverty over the same period.

Finally, the explosion of inequality everywhere coincides with the explosion of climate change. The richest 10 percent of the world’s population emit nearly 48 percent of global emissions, whether they live in the Global North or the South, the richest 1 percent alone produce 17 percent, while the poorest half of the world’s population is responsible for only 12 percent.

In Chile, as in the rest of the world, rethinking the fiscal pact, making the richest contribute more, is no longer a technical issue. It is a political matter and in the face of the climate emergency, it is an existential choice.
Add Comment