Flighthouse is the driving force behind the virality of multiple hit songs that have thrived on TikTok, under the guidance of Create Music Group.

Few people understand the genius of TikTok the way 22-year-old entrepreneur Jacob Pace does, and the proof lies in the success of Flighthouse, one of the largest entertainment media brands on TikTok. Flighthouse's popularity has been tangent to Addison Rae's and the D'Amelio sisters' rise to stardom, with many famous Gen-Z creators gravitating to Flighthouse's Los Angeles studios to collaborate on buzzy content.

TikTok has become largely synonymous with the music industry in the new age, and Flighthouse successfully recognized this overlap early on by identifying the TikTok-able qualities of a record and then packaging and promoting it with the help of TikTok creators. Labels and artists alike have flocked to the channel for these custom content campaigns, shaped by Flighthouse's fluency in TikTok trends and network of influencers.

As a result, Flighthouse has established its authority as a driving force behind the virality of multiple hit songs that have thrived on TikTok, such as "Sunday Best" by Surfaces and "Roxanne" by Arizona Zervas. Many of these top-performing tracks wind up ranking in the Billboard Hot 100 after Flighthouse gets involved.

The TikTok account also operates as an entertainment network, marketing agency, and production company in one, developing original short-form content that includes skits, interviews, and interactive series that feature influencers as guest stars. With a collective 2.3 billion likes, Flighthouse is the leading media brand on TikTok, home to the "Finish the TikTok Lyric" series that simultaneously took off alongside the next generation of TikTokers.

The engineer behind this TikTok gold mine is CEO Jacob Pace, who first discovered Flighthouse when it existed on Musical.ly (before the merger with TikTok) as a song remix destination for young teens looking to create lip-syncing content on the app. The account originally had one million followers and was managed by two teen brothers — according to Pace, it was "the only sounds page on Musical.ly that had a brand to it."

Intrigued by its potential, Pace pitched the idea for a partnership to Jonathan Strauss, his boss and co-founder of music-technology company Create Music Group (CMG), who suggested they go ahead and acquire it instead. Pace was only 16 when he was recruited by Strauss' partner Alexandre Williams to do PR-related work for CMG, their newly launched YouTube monetization company at the time. Flighthouse was a project Pace fell into within months of being named VP of Business Development at CMG, further impressing his bosses with his forward thinking and business acumen.

"I definitely had a vision for it, but I didn't know exactly how big it was going to become," Pace said. "I pretty immediately saw it could become a content brand in the future."

And a content brand it became, serving as Create Music Group's in-house production arm for music and culture focused content creation — followed by over 27 million devoted fans. Now, Flighthouse spans across multiple platforms, including YouTube and Snapchat, and has secured brand deals with companies like Hollister, American Eagle, and Tinder.

On these brands' willingness to partner with Flighthouse, Pace said, "I think that they're really gravitating to us because we're able to create this brand-safe advertising solution for them. We've really created one of the more relevant Gen Z brands on the internet within TikTok."

Pace currently spearheads an ambitious team of young twenty-somethings who speak TikTok as their first language, while Pace himself spends a lot of his day-to-day working on current opportunities, as well as identifying new ones for both Flighthouse and CMG.

One might wonder how Pace has managed to make it this far in the digital music business at an age when most young adults are graduating college. The explanation traces back to when Pace was 14. Leading an unconventional student lifestyle, Pace promoted his own music on YouTube as a DJ and producer and wrote for various music publications from his bedroom in Texas — all while attending grade school.

"That just kind of led down this wormhole of being interested in blogs, record labels, and PR firms, so I've always been around digital since I got my start in music," Pace said.

Impressed by Pace's work, Williams onboarded him as his PR agent for his indie record label, relying on Pace's relationship with music-centered media to feature his signed artists in the press. During this time in 2015, Williams was in the initial stage of launching his rights management company with Strauss, and the pair was already seeing success in the first few months.

Upon hearing that Pace just "graduated," they decided to fly him out to their headquarters in Los Angeles, where Pace would eventually move in with them. Little did they know that this newly hired intern was a kid fresh out of high school, not college — a fact that was immediately recognized as an advantage once the initial shock had faded. 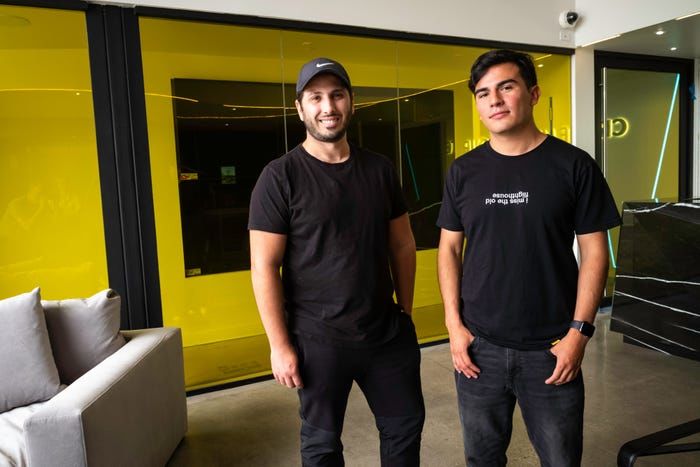 At the beginning of CMG's founding, Pace was mostly in charge of client acquisition, helping to sell CMG's vision to artists and labels. This was a relatively effortless task for Pace, whose natural charisma and magnetic energy swayed even the most skeptical of clients.

"Very quickly we just realized how incredibly smart Jacob was. Like regardless of his age, he was such a determined person," Strauss told Insider. "He could reach out to anyone. He could get anyone in."

CMG is currently on track to drive $120 million in revenue from its origin as a music rights management start-up, Strauss said, founded upon the goal of delivering untracked royalties to indie artists whose songs were being exploited by third-parties. Many developing artists who lacked the industry savvy would upload their songs to YouTube for free, where their songs would be posted by hundreds of channels and streamed upwards of 30 million times, generating at least $30,000 to $60,000 dollars an upload, Strauss explained.

Strauss and Williams offered a month-to-month agreement to clients who were making a net income of zero; the risk was essentially nonexistent.

"We have the technology and the ability to find anyone who's used your music and instantly monetize that music. It was a really easy sales pitch," Strauss said. "Selling someone on the concept of 'do you want to make something or nothing' is a lot easier than if they're making something and promising them more."

When CMG was launched six years ago, downloaded music was still popular and streaming had yet to take over as the dominant platform for music consumption. The young founders identified a huge opportunity in the market, beginning with electronic artists who largely relied on touring and live performances for an income.

Since then, they've expanded to artists across multiple genres and have grown well beyond the description of a rights management company, boasting a multi-faceted portfolio of acquisitions that stretch to every corner of the creator ecosystem. Simply put, they're now a media company, a data and audience company, and a distribution and production company looking to be the next Disney.

What Strauss believes differentiates CMG from a traditional music company and steers them along the path of a media company is their shift from a passive to active approach to the music landscape.

"We actually are a huge owner and operator of brands that we utilize to increase the reach of our audience, and in addition to that, we're one of the only companies that distributes content and actually has an advertising team that is also going out and selling against the audience," Strauss said.

This is seen not only in Flighthouse, but in their management of several artists' YouTube channels, such as Jennifer Lopez's, which extends beyond monetizing her music streams and includes all of her media. If J.Lo were to deliver a fitness video, Strauss described, CMG would also sell against this content and package it for advertisers in the same way they do for her music.

"We see our assets as a way to grow our audience, not just as a way to collect money," Strauss said.

The transparency of CMG's business model is another core value Strauss emphasized, distinguishing CMG from distributors like DistroKid and SoundCloud in its ability to provide artists with daily earnings statements.

And with Pace's Flighthouse functioning as the brand extension of CMG and a direct link to a highly engaged TikTok audience, the future looks promising for the two companies on both an individual and unified scale.