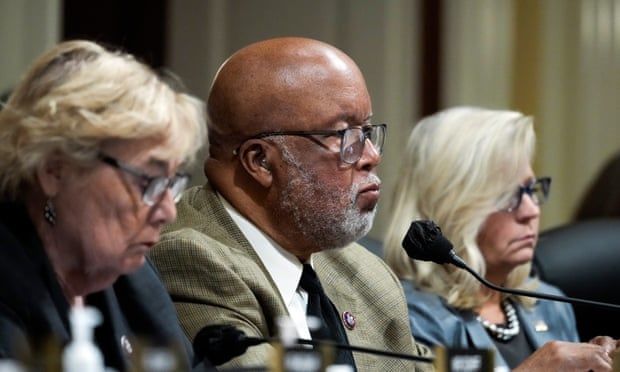 After months of uncertainty, chairman says it is ‘not our expectation’ that investigators will summon former president
The House select committee investigating the January 6 attack on the Capitol is not expecting to call Donald Trump to testify about potentially unlawful schemes to stop the certification of Joe Biden’s election win, its chairman said on Tuesday.

The panel has been weighing for months whether to seek voluntary cooperation or subpoena the former president in its wide-ranging inquiry in an effort to obtain his insight into unlawful schemes to overturn the results of the 2020 election.

But Bennie Thompson, the chairman of the select committee, told reporters on Capitol Hill that it was “not our expectation” to demand testimony from Trump.

The chairman indicated that the panel had decided – at least for now – against demanding cooperation from the former president given it remained unclear whether Trump would provide information that could help advance the inquiry.

“We’re not sure that the evidence that we receive can be any more validated with his presence,” Thompson said. “I think the concern is whether or not he would add any more value with his testimony.”

Thompson did not completely rule out the prospect of seeking written or oral testimony from Trump. He added that discussions continued about calling the former vice-president Mike Pence to appear before the select committee.

The skepticism about demanding cooperation from the “principals” in the investigation, such as Trump and Pence, comes in large part because the panel is not convinced the benefits of such a move outweigh the inevitable political headache Trump is likely to cause.

Trump would almost certainly attempt to turn a request for cooperation from the panel into a political circus, and if he asserted the fifth amendment or said he could not recall the answers to questions in a deposition, that would waste valuable time and resources in the investigation.

Meanwhile, the Department of Justice has asked the panel for transcripts of its witness interviews, the New York Times reported on Tuesday afternoon.

The newspaper, citing unnamed sources, noted that the move suggested a further sign that the US attorney general, Merrick Garland, is intensifying his department’s separate investigation into events on and around January 6 last year.
#Donald Trump  #Joe Biden
Add Comment