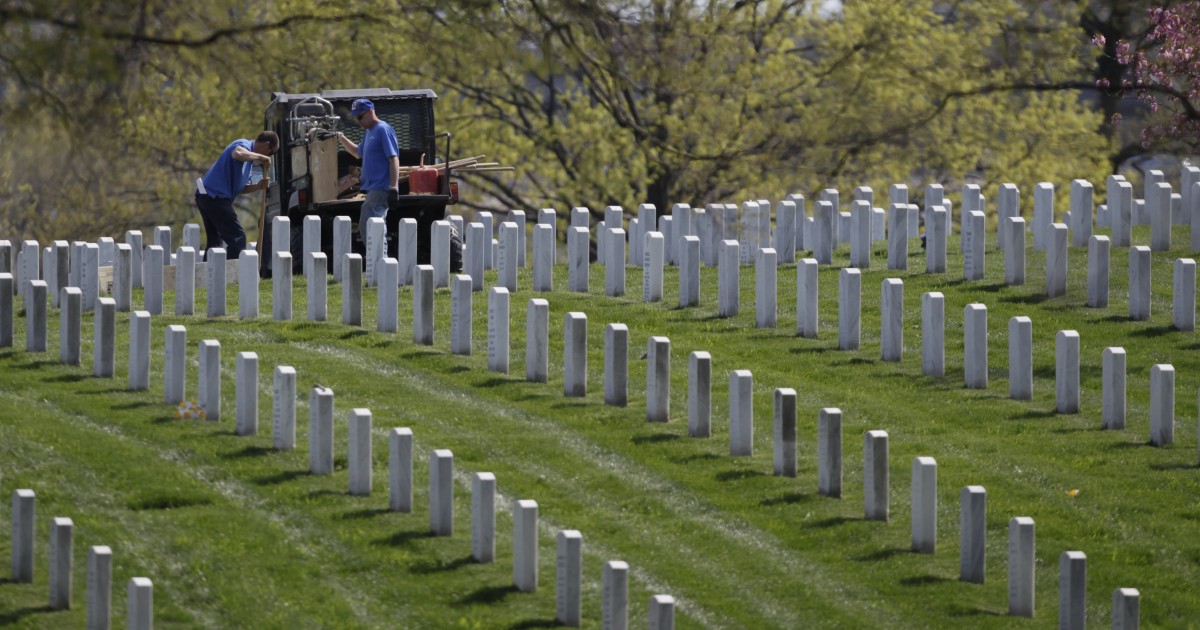 House Democrats have introduced a bill to ban former U.S. presidents who have been "twice impeached" from burial in Arlington National Cemetery in a move that would, at the present, only apply to former President Donald Trump.
Introduced in late January, H.R. 484, dubbed the "No Glory for Hate Act," would "prohibit the use of Federal funds for the commemoration of certain former Presidents," namely those that have faced impeachment proceedings from the House on two separate occasions. The bill would also restrict the use of government funding to "create or display any symbol, monument, or statue commemorating" a twice-impeached president, and it would bar the naming or redesignation of any federal building or land after commander In chiefs in question.

Trump is the only president in U.S. history to have faced impeachment inquiries two times during his tenure. The Republican was acquitted of all charges last Saturday after Democratic lawmakers accused him of instigating the Jan. 6 Capitol riot that saw thousands of his supporters breach the Capitol in a violent event which led to five deaths.

The results of his second trial were preceded by a February 2020 acquittal after Trump was impeached in December of 2019 on two Ukraine-related charges. He was exonerated by the then GOP-controlled Senate.

California Democrat Rep. Linda Sanchez, the sponsor of the bill, said the impetus for introducing the legislation was due to the former president's "encouraging" of "racism and hatred."

“For years, Donald Trump poured gasoline on lies, encouraging racism and hatred, then lit the match on January 6th. A president who has been impeached twice does not deserve the honors bestowed on a former president,” she said in a statement. “We should never glorify the hatred Donald Trump personified as President. This bill ensures that there is no glory for hate — not a building, statue, or even a park bench.”

“Even though Trump is no longer in office, he should still be held accountable for his actions and the taxpayers should not foot the bill for his future actions. I can’t imagine sending students in Southern California — or anywhere in America — to a school named in honor of a traitorous president," she said.

"Seems as though no matter where he is buried he will be living forever in your minds! Nothing says 'unity' like a bill targeting one person," she wrote on Twitter on Thursday.

On Wednesday, Trump did not definitively say whether or not he's seeking a White House bid in 2024.

"I won't say yet, but we have tremendous support. I'm looking at poll numbers that are through the roof," he said during an interview on Newsmax.