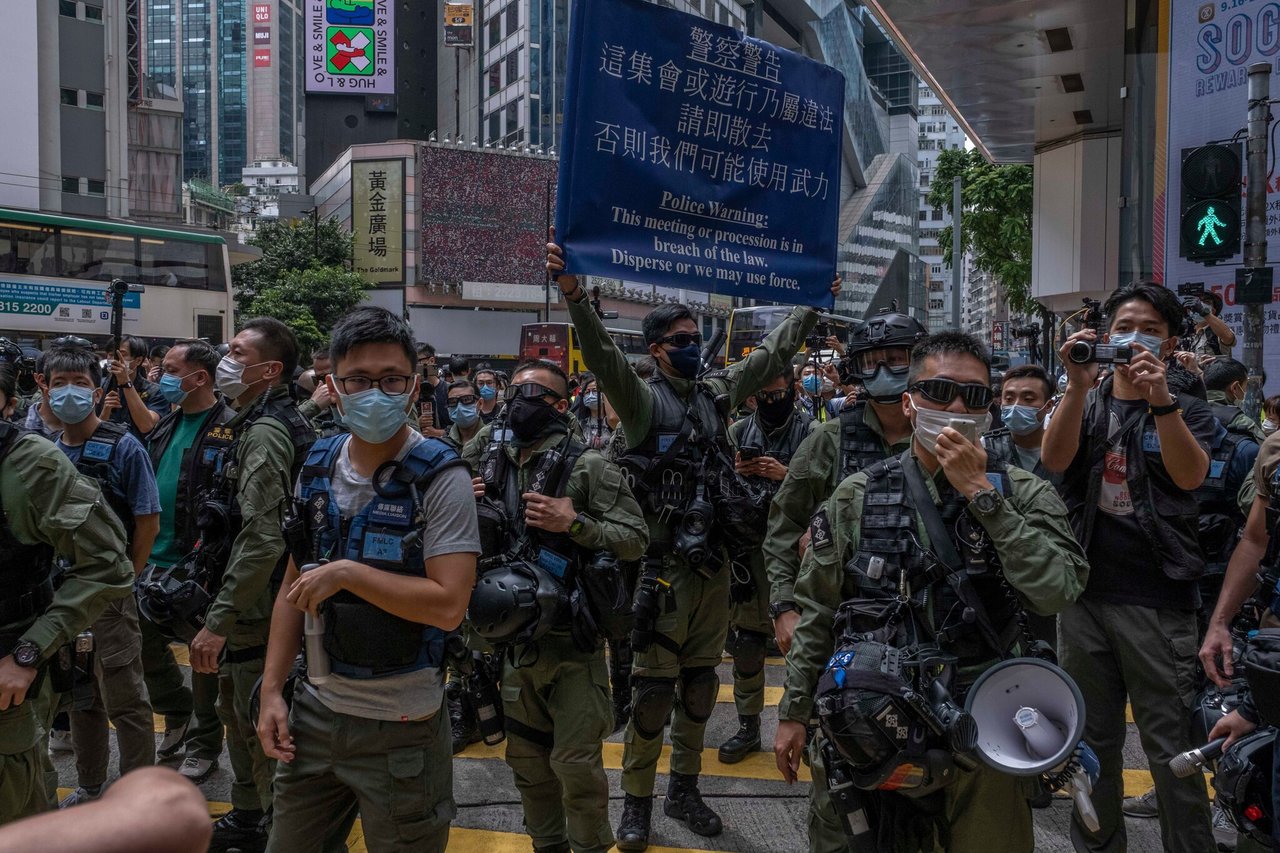 Dozens of people were arrested on Thursday, October 1, in Hong Kong for having violated a ban on demonstrating on the day of China's national holiday, during which the chief executive, Carrie Lam, praised the 'return of peace'.
The People's Republic of China celebrates its creation every October 1, a public holiday on which highly supervised official events are organized.

But in the former British colony, part of the population often take advantage of this festival to express their opinion of Beijing.

Most demonstrations have been banned since the beginning of the year in Hong Kong, when national security law came into force in June.

The head of the local executive, Carrie Lam, participated with officials in an act at the island's exhibition center, escorted by the security forces. Meanwhile, several helicopters flew over the territory displaying Chinese and Hong Kong flags.

Over the past few months our society is once again at peace, Lam declared in her speech. The national security of is protected in Hong Kong and our citizens can again exercise their rights and freedoms in accordance with the laws, she added.

Hours later, police intervened in the Causeway Bay business district, the scene of violent clashes last year, warning the crowd with banners that they were breaking the law on national security.

The police indicated that they had detained at least 60 people, the majority for participating in an unauthorized rally.

Last year, the 70th anniversary of the creation of People's Republic of China led to violent clashes between protesters and police.

This year the authorities banned any demonstration, for security reasons and for the measures taken to stop the coronavirus pandemic, which limit public gatherings to a maximum of four people.

Lam isolated herself from the new coronavirus in July.

The authorities mobilized some 6,000 police officers, twice the amount normally used in the event of probable demonstrations.

Throughout the day, groups of well-known activists from the pro-democracy movement organized small rallies.