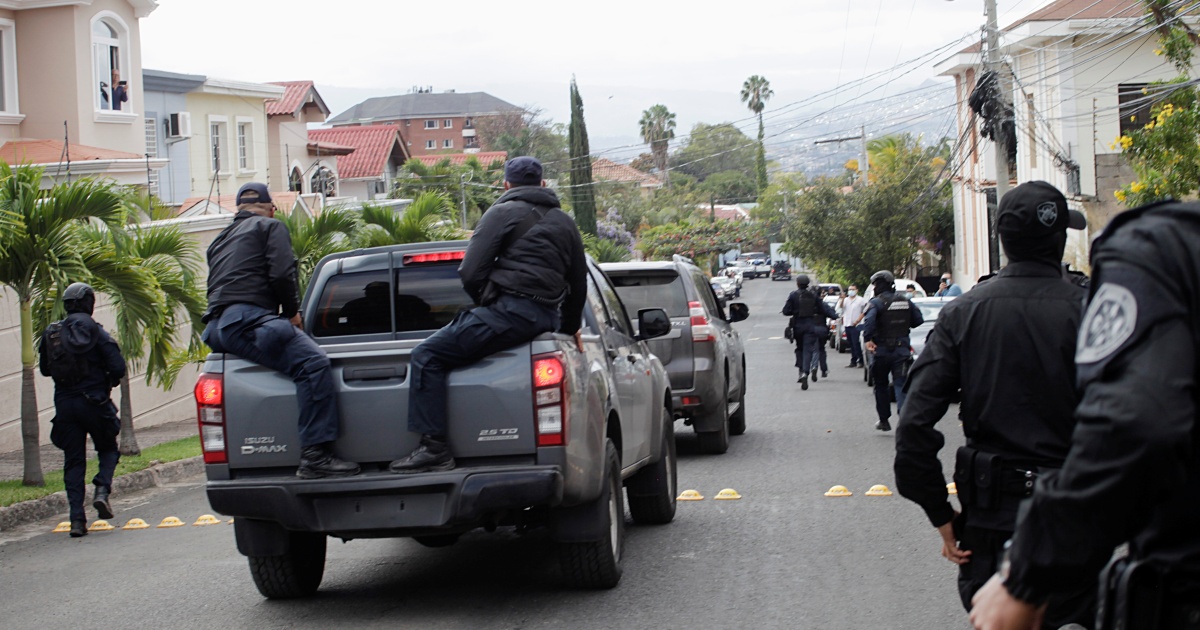 Former President Juan Orlando Hernandez is wanted in the US on drug trafficking and weapons charges, which he denies.

Honduran authorities have seized the properties, financial holdings and other assets belonging to former President Juan Orlando Hernandez, who is facing extradition to the United States to face drug trafficking and weapons charges.

The Ministry of Public Affairs said in a statement on Friday that following an investigation into Hernandez’s family assets, authorities “executed operations to secure and seize material and immaterial assets, commercial businesses and financial products linked to the family nucleus”.

The move comes after Hernandez, who left office in January after eight years in power and was once a key US ally in its battle against drug trafficking, was arrested in mid-February, a day after Washington requested his extradition. 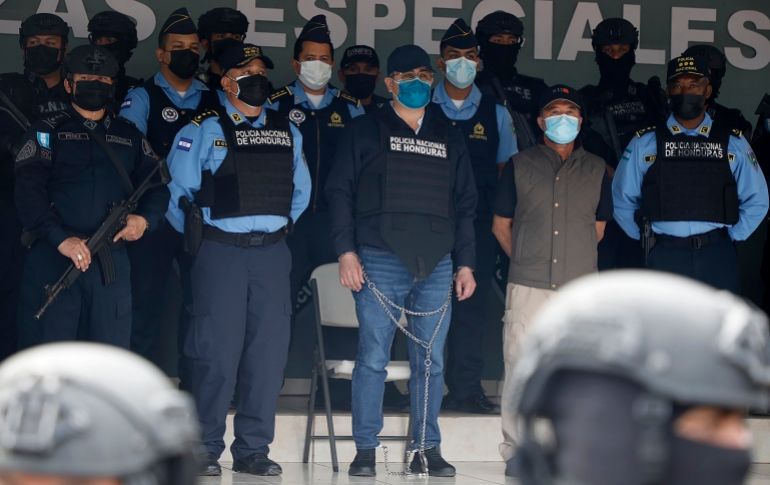 Police arrested Juan Orlando Hernandez at his home in February

A month later, a Honduran judge ordered his extradition, which was recently upheld by the Supreme Court following an appeal, opening the door for him to face the charges in US court.

Hernandez’s critics have celebrated the news of his extradition, viewing it as a long-overdue step to hold a corrupt leader accountable.

The 53-year-old former president lost his immunity after handing power over to Xiomara Castro, the country’s first female president, in late January.

He is accused of accepting millions of dollars in bribes to protect drug traffickers from investigation and prosecution, including from Mexican drug lord Joaquin “El Chapo” Guzman.

Hernandez also faces conspiracy charges to import a controlled substance into the US, using or carrying firearms including machine guns, and conspiracy to use or carry firearms.

The focus of prosecutors’ accusations is that Hernandez used bribes and support from drug traffickers to fuel his political rise from a congressman representing rural Lempira in western Honduras to president of the National Congress and then two consecutive presidential terms.

Hernandez has denied all the charges against him, saying that he is the “victim of revenge and conspiracy”.

His wife, Ana Garcia, also joined a group of about a dozen protesters outside the Supreme Court in Tegucigalpa this week to proclaim his innocence. “If a citizen is tried, they should be tried in our country,” she said.

Most of the allegations against Hernandez emerged in two trials in New York — those of Juan Antonio “Tony” Hernandez, the ex-president’s brother and a former Honduran congressman, and Geovanny Fuentes Ramirez.

Both men were part of a sprawling drug trafficking case filed in 2015 and both were given life sentences.

If convicted, Hernandez could face life in prison.