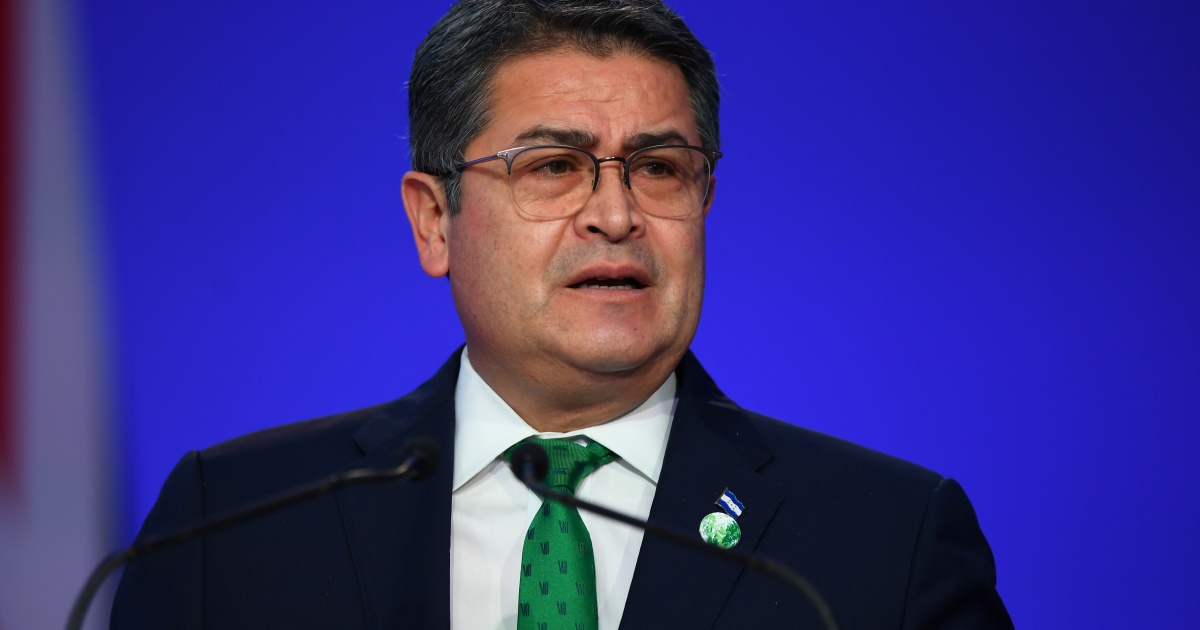 Honduras ex-president to be extradited to US next week: Official

Juan Orlando Hernandez, who was president from 2014 until January, is wanted on drug trafficking and weapons charges.

Former Honduran President Juan Orlando Hernandez will be extradited to the United States next week, the country’s security minister has said, after Honduras’s highest court last month cleared the way for Hernandez to face drug trafficking and weapons charges in the US.

“The extradition will happen next week,” Security Minister Ruben Sabillon told news channel HCH on Wednesday, as reported by the Reuters news agency.

“We have to get in touch with US authorities for his surrender.”

The Honduran Supreme Court on March 28 rejected an appeal from Hernandez to stop the extradition. He served as president from 2014 until earlier this year and was arrested in the capital Tegucigalpa in mid-February.

US authorities have accused Hernandez of participating in a drug-trafficking scheme.

They say Hernandez facilitated the smuggling of some 500 tonnes of drugs – mainly from Colombia and Venezuela – to the US via Honduras since 2004, in exchange for millions of dollars in bribes.

Once viewed as a key ally in Washington’s fight against drug trafficking, Hernandez lost his immunity after handing power over to Xiomara Castro, the country’s first female president, in late January.

He faces three charges in a New York court: conspiracy to import a controlled substance into the US; using or carrying firearms including machine guns; and conspiracy to use or carry firearms.

Hernandez has denied all the allegations, saying his enemies are trying to get back at him.

In a letter published when the Supreme Court issued its decision late last month, Hernandez maintained that he is innocent and said he is the “victim of revenge and conspiracy”.

“Three life sentences could make me a living dead,” his letter read.