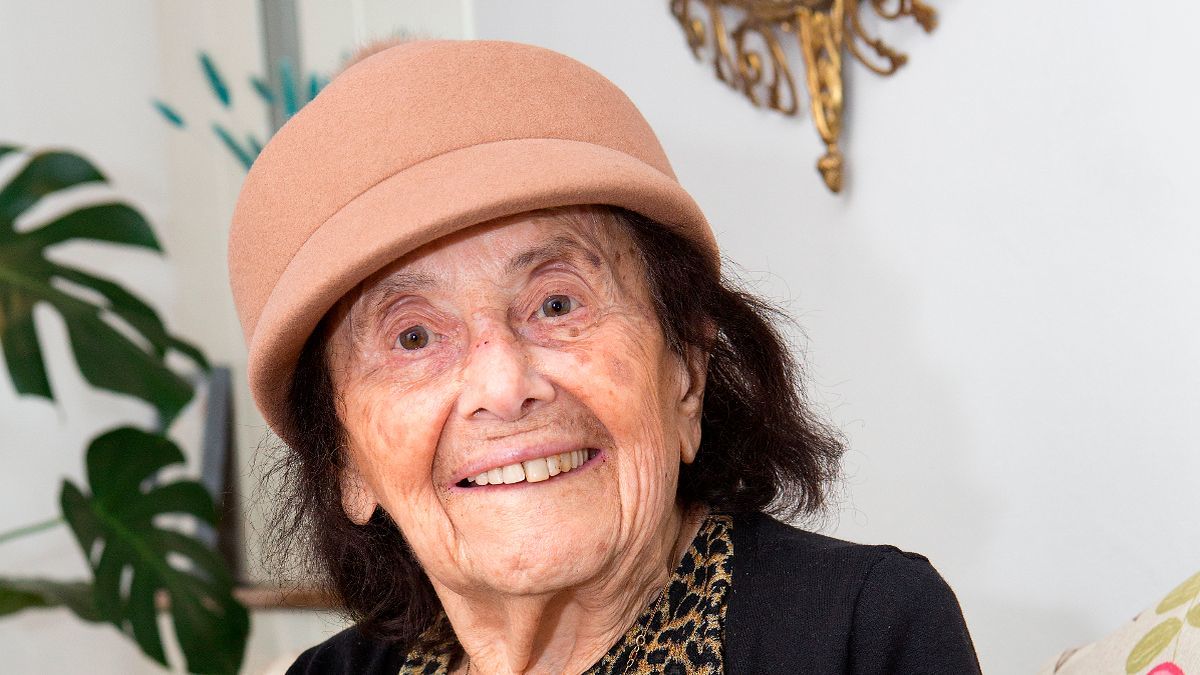 Lily Ebert who was sent to Auschwitz-Birkenau concentration camp in 1944 has more than 1.6 million followers and says she wants her generation's experiences to be accessible to younger people

Most people in their 90s probably haven’t even heard of TikTok, but Lily Ebert is one of its biggest stars.

The 98-year-old has more than 1.6 million followers on the platform, where young people love to share dances and lip-syncing videos.

But Lily has used TikTok for something completely different – sharing her memories of the Holocaust.

In July 1944, Lily, then 20, and her family were sent to Auschwitz-Birkenau concentration camp, where at least 1.1 million people were killed by the Nazis.

As Britain marked Holocaust Memorial Day earlier this week, Lily told how it was important for her to share her story wherever and however she can. 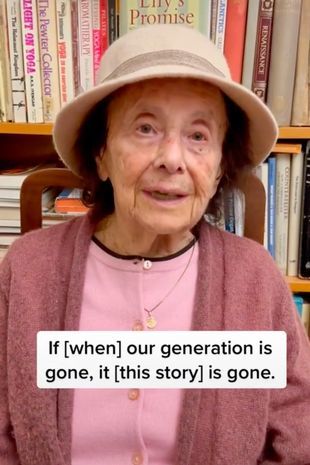 Lily is a star on social media 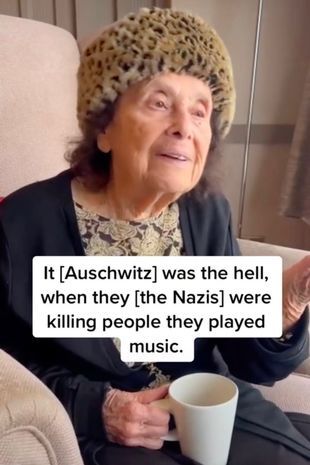 Speaking from her home in North London, she says: “I am a witness. Our generation is the last one who really saw what happened.

“In a few years’ time, nobody will be here any more. It will be history.” Lily was born into a middle-class Jewish family in Hungary.

She promised her father Ahron she would look after her five siblings shortly before he died from pneumonia in 1942 – two years before the Nazis seized control of the country. 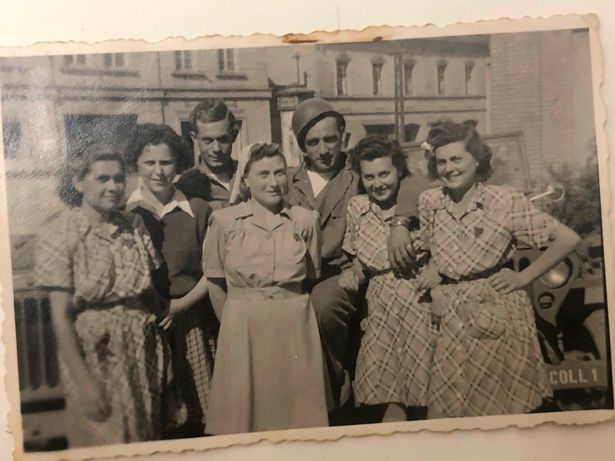 Lily says: “We had a very nice life before the Nazis invaded Hungary. Then, everything changed.

“Their aim was to kill all the Jews, but before they achieved that, they wanted to make our lives as difficult as they could.”

Lily remembers being made to wear a yellow Star of David on her clothes and obey strict curfews. 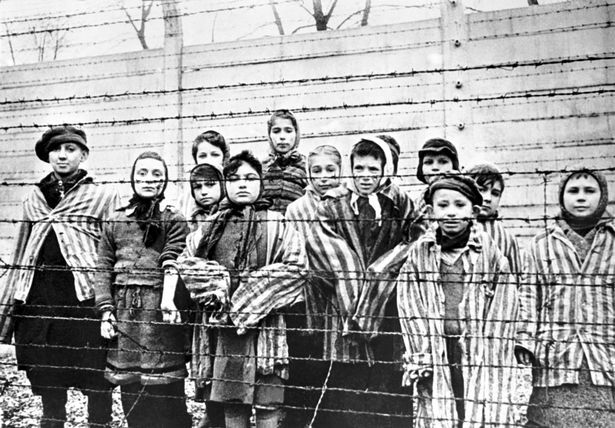 But as the situation got worse, her family were sent to live in a ghetto before being put on a train on a hot July day in 1944.

Lily recalls being locked in the cramped train compartment.

“They closed the door with the heat, the smell, babies crying… you cannot visualise this situation, what it really was. 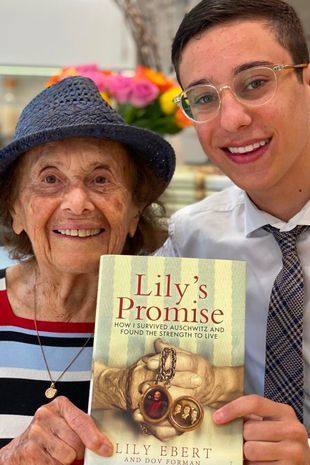 Lily with her book

“And like that, we began a five-day journey. We didn’t know what they wanted with us. They said only they would take us to a place where we will work.”

Lily thought she would have to do a few months of work and then they could all go home.

It wasn’t until the train came to a stop at Auschwitz that the full horror of the situation emerged. 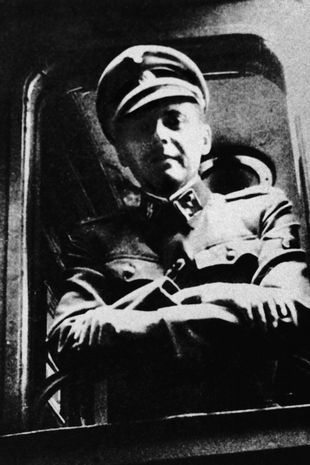 Upon arrival, SS officer Josef Mengele – known as the ‘Angel of Death’ – divided the family.

With a wave of his stick, he sent Lily and her sisters René and Piri to the right.

Her mother Nina, brother Bela and sister Berta were sent to the left, directly to the gas chambers.

Lily, who was initially unaware of what was going on, spotted the smoking chimneys in the camp and asked another prisoner what they were. She says: “We asked, ‘Where are we? What sort of factory is this?’ 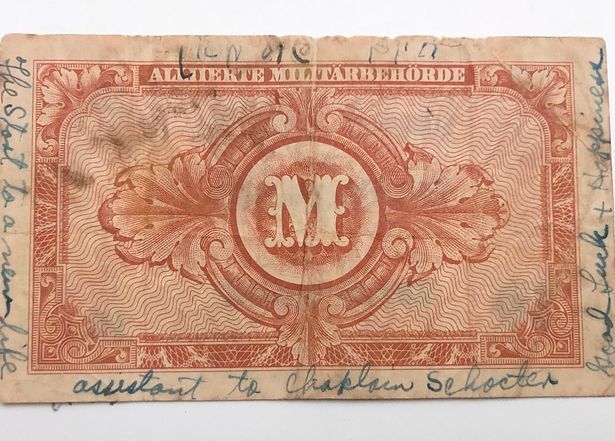 A soldier wrote on a bank note, 'a start to a new life. Good luck and happiness” and gave it to Lily

“They said, ‘It’s not a factory. They burn your parents, your children, when you come here’. We told them, ‘You are mad… it cannot happen’.”

Lily was still in Auschwitz on Yom Kippur in 1944 when she took a vow. She says: “I didn’t ­believe it would ­happen but I promised myself, ‘If I survive, I will tell the world what really happened’. I kept my promise, and I still do.”

Auschwitz was liberated by the Red Army in 1945. Soon after, Lily met a US soldier in Germany who gave her a banknote, with the written message: “A start to a new life. Good luck and happiness.” 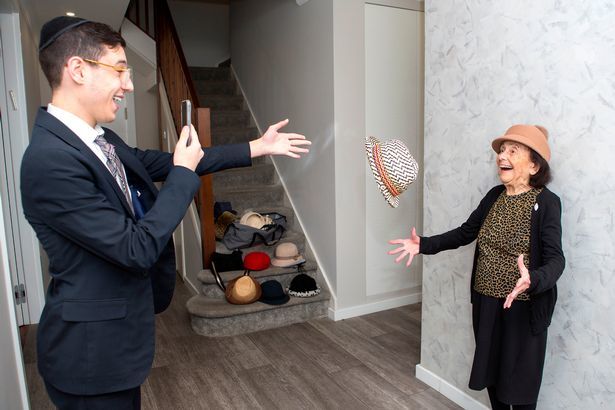 Lily recently spoke to the soldier’s family online to thank them for his kindness.

Since the war she has devoted her life to educating others about the Holocaust.

And with the help of Dov Forman, one of her 35 great-grandchildren, she used the first lockdown to reach a new generation via TikTok. 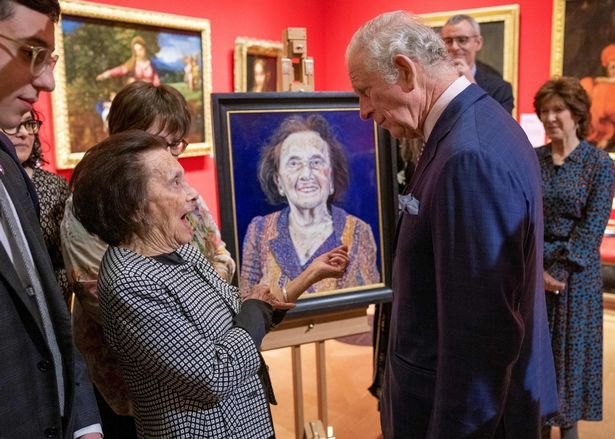 Dov, 18, says: “If we want to build a better future, we have to realise that young people have to learn from, and build on, the experiences of others.

“The response has been incredible. To reach the ­younger generation, you have to make it accessible for them.”

Paintings of Lily and other Holocaust survivors went on display at the Queen’s Gallery in Buckingham Palace this week.

They were commissioned by Prince Charles, who wrote the foreword to the memoir Lily penned with Dov, called Lily’s Promise: How I Survived Auschwitz and Found the Strength to Live. 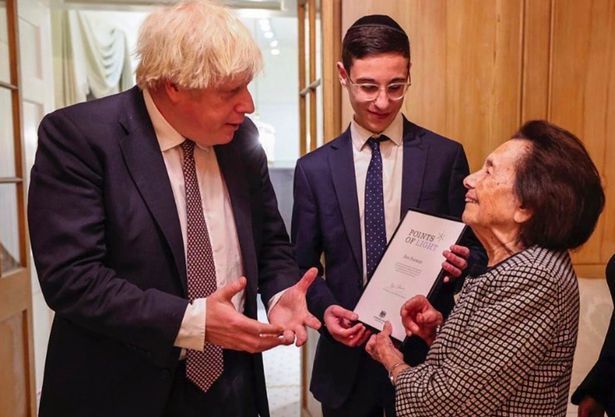 At the unveiling, a proud Lily told the Prince of Wales: “Meeting you… it is for everyone who lost their lives.”

The prince humbly replied: “But it is a greater privilege for me.”

Almost 80 years after the Holocaust, Lily believes educating others is the only way to stop such atrocities being repeated.

She says: “We know now is the last ­moment. People should not let something like it ever happen again.”