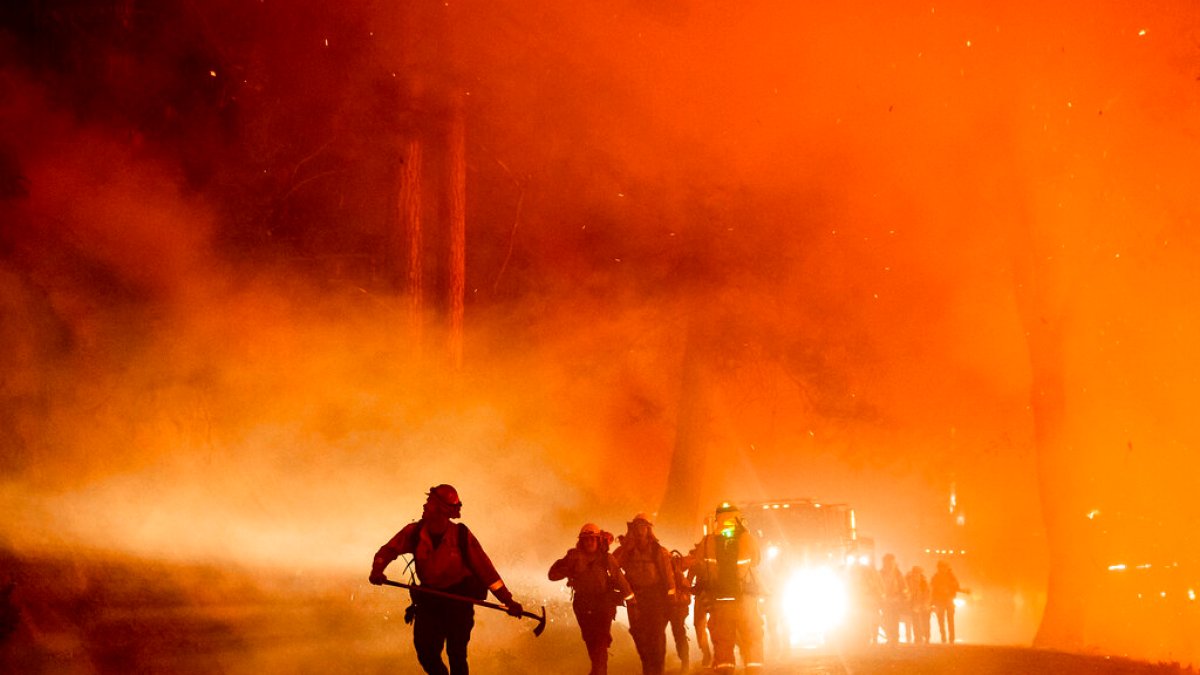 Firefighters are struggling to contain numerous blazes amid scorching temperatures that are expected to drop over the weekend.

A number of wildfires have broken out in California as the US state is battered by a brutal heatwave, with extreme temperatures straining the power grid and raising the risk of wildfire activity.

Firefighters across the state struggled on Thursday to contain several notable wildfires that have forced evacuations.

The Fairview Fire in southern California has covered more than 78sq km (30sq miles) since breaking out on Monday, and is only 5 percent contained.

To the north, the Mosquito Fire scorched nearly 23sq km (9sq miles) and forced residents to evacuate in Placer and El Dorado counties. That blaze, which broke out on Tuesday, has scorched about 2,750 hectares (6,800 acres)of land, and is 0 percent contained.

“As you’ve seen with the smoke column coming up, this fire continues to give us a hard time,” Cal Fire Division Chief Mike Rufenacht said in a briefing.

The fires come on the heels of a heatwave that has baked the state for the last week, threatening residents and bringing the possibility of power outages. With the high temperatures comes a greater risk of wildfire, with overgrown forests and prolonged drought providing loads of fuel for the flames.

“Today the Mosquito Fire showed extreme fire behavior,” Cal Fire, the state’s fire agency, said in an update. “The weather in the fire area will continue to be extremely hot and dry overnight and into tomorrow.”

The heatwave is expected to abate this weekend, at least in southern California, as the remnants of a hurricane bring rain to the parched state.

The Fairview Fire erupted on Monday amid extreme heat and spread swiftly, killing two people who were found in a vehicle and severely burning another person, while destroying seven structures and damaging more. The cause of the fire is not yet known.

The Mosquito Fire has burned several structures and at least 10 cars near the community of Michigan Bluff, about an hour northwest of Sacramento, the state’s capital. Sacramento broke its all-time temperature record this week, reaching 46.6C (115.9F).

Authorities in California have called on residents to reduce their energy use to ease the strain on the state’s power grid, which hit record demand levels earlier this week.

Residents have turned up air conditioning systems to help cope with brutal heat in a state known for its relatively temperate climate.

The California Independent System Operator (ISO), the grid operator for most of the state, has said that residents’ conservation efforts have been vital to helping the grid avoid outages.

Anna 152 days ago
California refuses to do forest management so they get what they deserve.
View all comments (1)Add comment