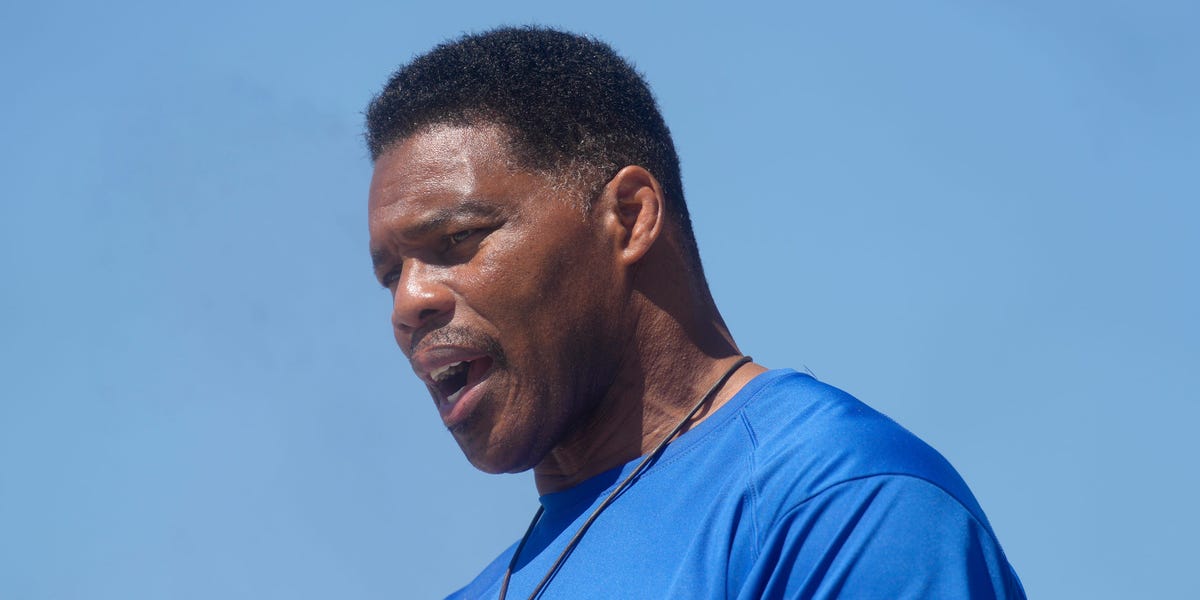 "The whole story is the story involved people having faith, having faith and continuing to go out and do your job," Walker told Fox News.
Herschel Walker on Sunday said Barack Obama did not tell the "whole story" when the former president joked about the Georgia Senate candidate's interest in werewolves and vampires.

Obama took a jab a Walker during a rally on Friday supporting Democratic Sen. Raphael Warnock before the Senate runoff election.

Obama torched Walker for a previous bizarre aside during a November rally in which the GOP nominee mused whether he would want to be a vampire or a werewolf.

"Since the last time I was here, Mr. Walker has been talking about issues that are of great importance to the people of Georgia. Like whether it's better to be a vampire or a werewolf," Obama joked as the audience laughed. "This is a debate that I must confess I once had myself when I was seven. Then I grew up."

The former football star responded to Obama on Sunday during an appearance on Fox News, Rolling Stone reported.

During a November speech in McDonough, Georgia, Walker went on involving the mythical creatures, which quickly turned into a gaffe.

"I don't know if you know, but vampires are some cool people, are they not? "But let me tell you something that I found out: A werewolf can kill a vampire. Did you know that? I never knew that," said Walker. "So, I don't want to be a vampire anymore. "I want to be a werewolf."

Speaking with Fox News, Walker said that "they're always trying to mislead people," adding that his vampires and werewolf story had a deeper meaning," per Rolling Stone.

Walker has also recently received heavy criticism from GOP members including Lt. Gov. Geoff Duncan who said he "will probably go down as one of the worst candidates in our party's history."

Oh ya 65 days ago
Obama never told us the whole truth about BIG MIKE either Herschel, so welcome to the club
View all comments (1)Add comment