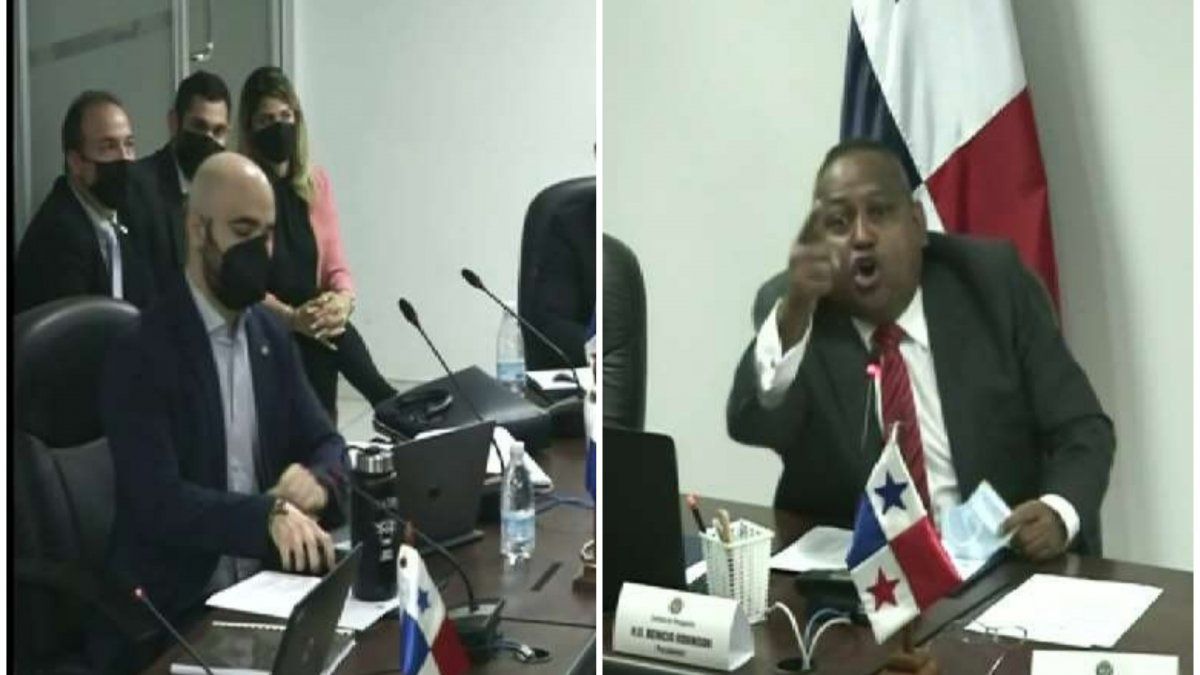 Heated spirits in the Budget Committee between deputies Pineda and Broce

The deputies shouted at each other during the presentation of the Ampyme budget in the Commission to which they both belong.

At noon this Wednesday, the Budget Commission of the National Assembly of Panama was the scene of a strong altercation between deputies Raúl Pineda and Edison Broce, during the presentation of the budget of the Micro Small and Medium Enterprise Authority (Ampyme).

It should be noted that the controversial situation took place after the independent deputy Broce questioned the director of Ampyme, Oscar Ramos, about whether the people enrolled in the Capital Seed and Entrepreneurship program were high school graduates, a question that was not well seen by Pineda, who pointed out that there were deputies far removed from the reality that the country is experiencing and that they were discriminatory.

"It is a discriminatory, offensive and low act. In this country it is worth the one who has not graduated, the one who graduated and the one who graduated in Washington like Lombana, I cannot remain silent before so much intellectual savagery of the independent deputy, for me that is worse than what they criticize, that the acts of corruption that they say exist in the government and that they have not been able to prove any, are definitely totally disconnected with reality, "said Pineda.

Deputy Pineda reproached the independent's question for several minutes and at the end Broce asked Deputy Cenobia Vargas, secretary of the Budget Commission, the right to reply and angrily the deputy of the Democratic Revolutionary Party (PRD) pointed out that he had not mentioned directly during his discharge and that he did not have that right.

Immediately afterwards, the deputies got up from their chairs and deputy Pineda shouted "clown", "come on," "don't grab me" and "let's see" Deputy Broce, while the latter appealed to Article 173 of the Rules of Procedure Internal of the Assembly to have their right to reply, in the middle of the discussion the signal of the Assembly channel was cut off.

After this angry debate, Deputy Broce told the media that his job as a Panamanian is to question how the resources of Panamanians are being allocated.

"But what happens, they do not want me to speak, they do not want me to question. When they touch me 30 minutes before 30 minutes they want to tell me you no longer have time, then what happens, they try to see in what way, specifically Mr. This one that Raúl Pineda attacked me, specifically, hey, he tries to do everything so that I do not speak and it is my right for that I am a member of that Commission, "said Broce after the incident.

In addition, Broce later told the media that if something happened to him, his family or his work team, he held deputy Raúl Pineda responsible, assuring that he has been threatened with death and has presented the complaints to the authorities.

While deputy Pineda assured that Deputy Broce was the first to get up first and went to where he was.