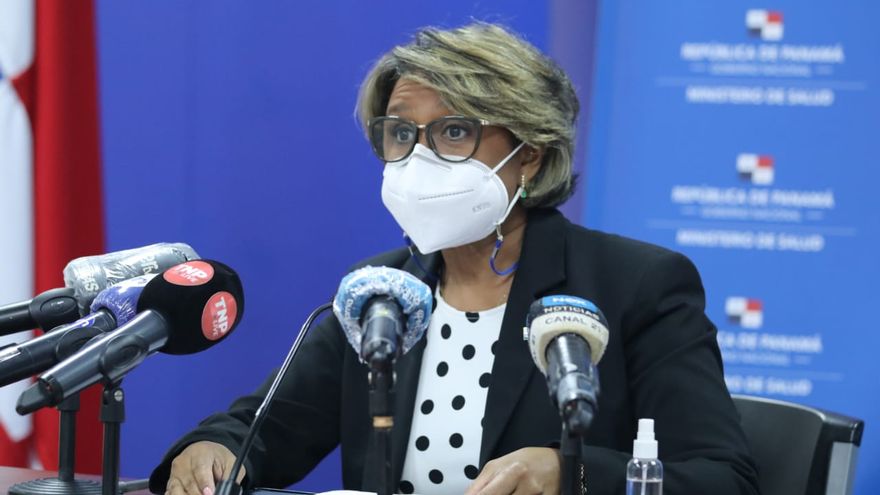 The Vice Minister of Health of Panama, Ivette Berrio reiterated that health personnel, people over 60 years of age, people with chronic diseases and security forces will be the groups that will receive the covid-19 vaccine in the first stage.
The Minsa announced that during the first three months of 2021, 450,000 doses of the vaccine from the pharmaceutical company Pfizer will arrive in the country.

Berrio said that later, when the next shipment of vaccines is received, educators, public transport, employees of the Panama Canal and airport personnel will be vaccinated.

The selection of the groups is prioritized in those who have the first contact with probable infected, the first line of attention and for that reason the groups that are going to be vaccinated initially have been determined. All people who enter this range will be vaccinated initially and it has nothing to do with the position they hold or title, we are focused on those who are most exposed, the most vulnerable and the first line of battle, said the vice minister of Health.

Yesterday, the Minsa clarified that the deputies or officials of the Executive are not within the priority groups.

She reiterated that children under 12 years of age and pregnant women are not included in these vaccination sessions, since there is still no clinical evidence in these groups. The studies that have been carried out so far is in people over 16 years of age.

Those with chronic illnesses must present a document that certifies it, Berrio stressed.

She explained that the Minsa bioethics committee has followed up on the development of this vaccine to be ready to receive the physical protocols, re-evaluate them and be able to give permission for the vaccines to reach the country.

Regarding the adaptation of the cold chain to house the vaccine in the country, the vice minister indicated that they are already working on the process of purchasing freezers with specific characteristics with temperatures of -70 degrees.

We are already developing the tender process to acquire these freezers as soon as possible. The expanded immunization program has already advanced with a new cold room, the most important one, which is the great general, it is already well advanced, she explained.

Berrio indicated that cold rooms already exist in the provinces, but adjustments must be made that require the characteristics of the new vaccine.

These adjustments are also at this time in the process of hiring, tenders to move forward as soon as possible. With the purchase of the freezers we are also in that process because we are awaiting the delivery dates of vaccines that have not yet been specified from the houses, they have only told us about the first quarter of the year, she said.

The cold rooms could be ready in mid-January 2021.

Berrio announced that they will promote a campaign so that the population is informed of how the vaccination process will be.
#MINSA  #COVID-19  #vaccine  #Pfizer  #Covid  #Vaccines
Add Comment