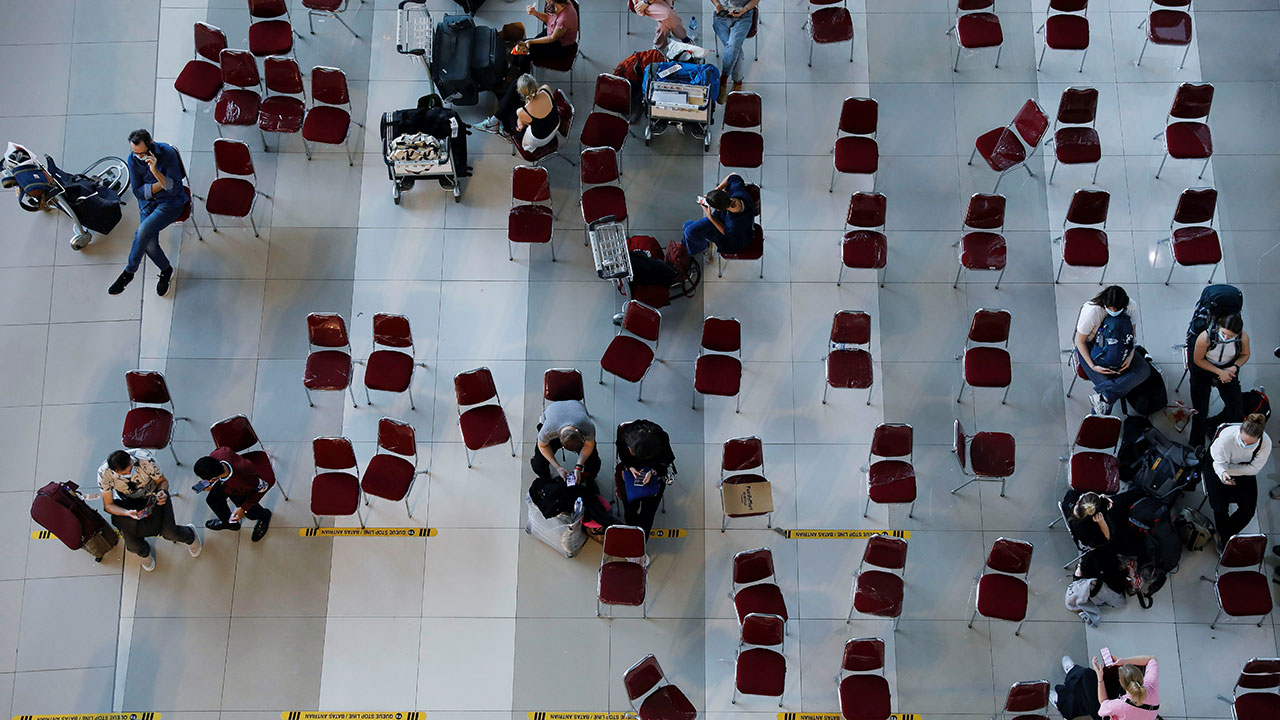 Biden's travel bans on South Africa, Botswana, Zimbabwe, Namibia, Lesotho, Eswatini, Mozambique and Malawi, went into effect on Monday after the first reported cases of the new variant were discovered in southern Africa.

Saphier said the stricter measures, such as PCR 48 hours before the flight and a rapid antigen test the day of the flight, will have a greater impact on the battle against omicron, but she predicted mostly unhelpful and even adverse consequences to accompany Biden's decision.

"Travel restrictions typically cause a mass exodus of people in a chaotic fashion which can further lead to viral transmission leading people to be creative finding ways to enter the country, often without any public health checkpoints," she said.

Saphier, a Fox News contributor, was one of several experts to suggest not interrupting international trade because omicron, she argued, is already in the U.S.

"Ultimately, omicron is already in the United States, " Saphier continued. "It is only a matter of time until our sequencing catches up to find it. No amount of boosting, masking or travel restrictions will get us to zero Covid. The best we can do is live our healthiest lives and do our part to lower transmission without disrupting internationals commerce and trade. In the long-term, the economic health of our nation may be more important than Covid case counts."

Dr. Ashish Jha, dean of the Brown University School of Public Health, said he thinks travel bans help slow the spread of the virus "a little" for "a week or two" and sends an important signal to other countries, but he too predicted that it will not be a huge asset in stemming the spread of the new strain. What's more, he said, South Africa was transparent about omicron and immediately alerted the world. With Biden's ban, Jha said the country now feels as though it's being "punished."

"We have to be very thoughtful about travel bans," Jha said. "They feel like an easy thing to do. They don't work all that well. They have a real cost to them."

Fox News contributor Dr. Marc Siegel said a travel ban could be useful if it could "completely cut off all travel." He pointed to New Zealand, fox example, as an initial success but it ultimately failed because once the vaccine was introduced, the country didn't have enough of it.

"In an ideal situation, if you could completely block off an area and not lock anybody down … if you cut off travel and stop the intro of a pathogen, that's pretty helpful. But that's not like anything that we're talking about here," Siegel told Fox News Digital. "In this situation it looks like this virus has been around awhile. And it has spread to multiple countries, including ours." 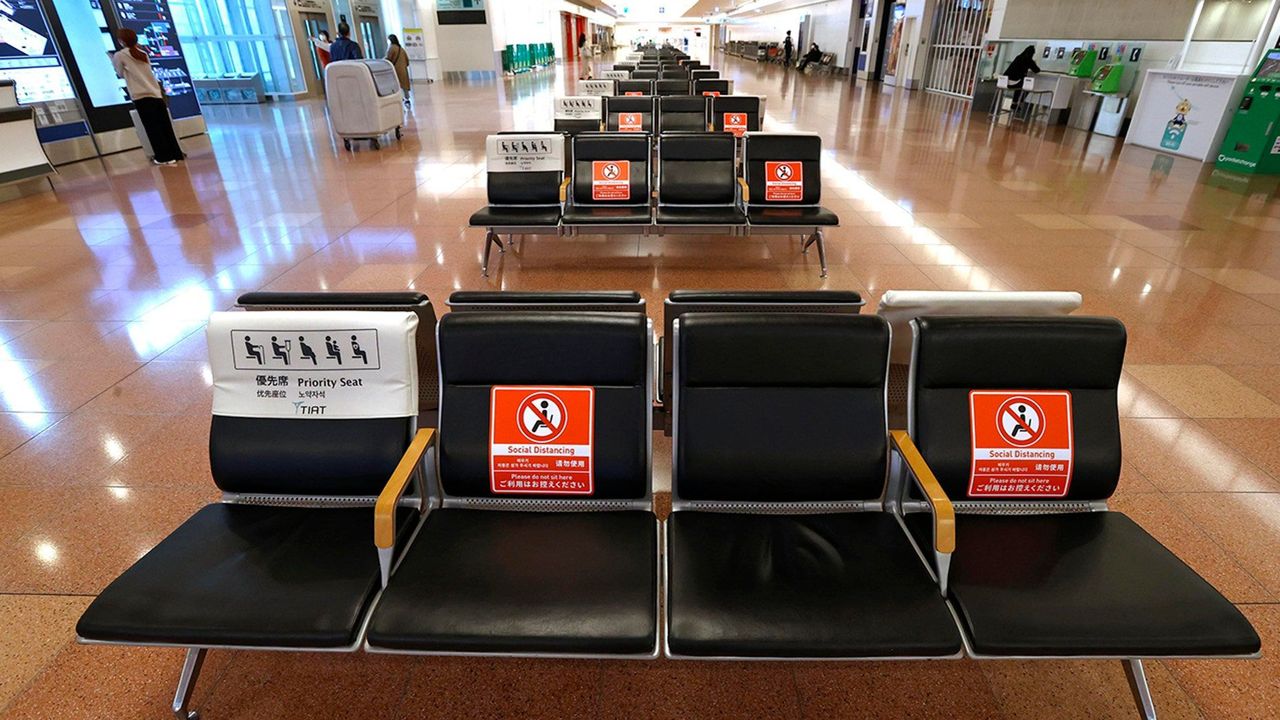 The arrival lobby of the international terminal  is deserted at Haneda Airport in Tokyo, Japan, Tuesday, Nov. 30, 2021. Japan confirmed on Tuesday its first case of the new omicron coronavirus variant, a visitor who recently arrived from Namibia, an official said. Japan announced Monday it will suspend entry of all foreign visitors from around the world as a new coronavirus variant spreads.

"You have to have a really, really complete travel ban the way Israel is doing to have any impact," he continued. "What we're doing is making a hand-waving gesture. Our travel ban will not be comprehensive enough to have an impact."

"I think it's an example of too little, too late," he said.

Siegel said a travel ban also wouldn't work in the U.S. because of the administration's immigration policies that have resulted in "leaky borders." 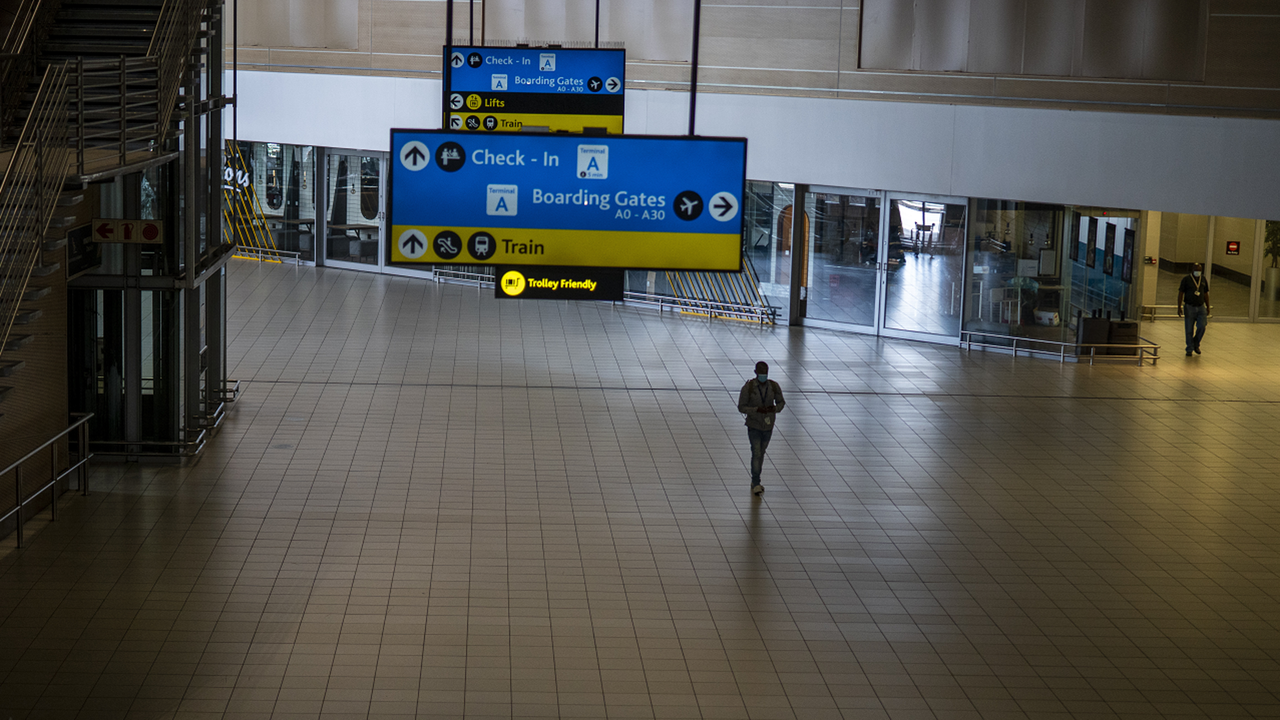 A man walks through a deserted part of Johannesburg's OR Tambo's airport in South Africa on Monday. The World Health Organization urged countries around the world not to impose flight bans on southern African nations due to concern over the new omicron variant.

"They're not going to make a huge impact, Jake," CNN's Sanjay Gupta told Jake Tapper about the bans on Monday. "This is a risk/reward proposition. The benefit of doing this is you may slow down some of the entry of the virus into the country, but it's very porous as you're mentioning because a lot of people who are citizens will be coming back as well and could potentially be carrying the virus."

"But overall, I think it's hard to make the case that the travel ban will have much of an impact long term," he added. "It is quite likely over the next day or so we'll hear that this variant has been detected in the United States and that should surprise nobody. If you go back and look at last year, there were lessons, Jake. I believe the ban on European travel was March – middle of March some time of 2020, March 13, I believe. By March 18, significant clusters all over the country. So, you know, the virus is likely already here. Likely already spreading, we just haven't detected it yet."

Baylor College of Medicine professor Peter Hotez said on "Fox News Sunday" that he too is "not a big fan of travel bans" because the virus tends to spread so quickly in multiple countries.

Biden himself criticized the use of travel bans under former President Donald Trump. As a presidential candidate in 2020, his campaign posted an ad that insinuated his travel ban was "racist" and "xenophobic."

"We are in the midst of a crisis with the coronavirus," Biden also tweeted as a candidate the day after Trump imposed travel restrictions from China in response to the coronavirus. "We need to lead the way with science — not Donald Trump’s record of hysteria, xenophobia, and fear-mongering."