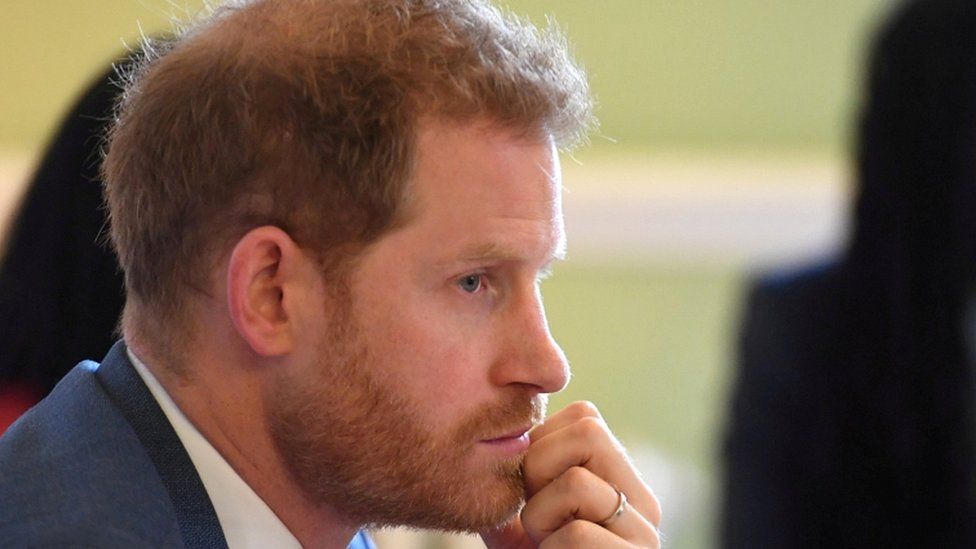 The Duke of Sussex is to become chief impact officer at the US coaching and mental health firm, BetterUp.

Prince Harry said in a statement that he was "really excited" about taking on the new role. His exact duties, hours and any payment are not clear.

It is his latest job move after he and the Duchess of Sussex stepped back as senior royals in March last year.

It also comes after the duke and Meghan gave an explosive interview to Oprah Winfrey earlier this month.

In it, the couple alleged an unnamed royal family member had asked about how dark their son Archie's skin might be, before he was born.

Buckingham Palace has said the claim is "concerning", but it will be addressed privately. Earlier this week, Buckingham Palace said a diversity review was under way across all royal households.
In his statement, Prince Harry said his goal in his new function would be to "lift up critical dialogues around mental health, build supportive and compassionate communities, and foster an environment for honest and vulnerable conversations".

Prince Harry will not manage employees or have people report directly to him, but he is likely to spend some time in the company's San Francisco headquarters once it is safe to do so, BetterUp CEO Alexi Robichaux told the Wall Street Journal (WSJ).

In his role as the company's first chief impact officer, Prince Harry is expected to have input into initiatives including product strategy decisions and charitable contributions, and advocate publicly on topics related to mental health, the WSJ reports.

Prince Harry said that when he met Mr Robichaux, they "instantly recognised a shared passion for helping others realise their full potential".

The chief impact officer position is relatively rare in the corporate world, notes the WSJ - it is seen more commonly in non-profit organisations such as Amnesty International.

BetterUp, which was founded in 2013, provides mobile-based professional coaching, counselling and mentorship.

The firm says it has some 2,000 coaches offering services in 49 languages in 66 countries.

Prince Harry has previously launched initiatives such as the Invictus Games, which aim for members of the armed forces to use sport for psychological and physical rehabilitation. He has also advocated publicly on mental health issues.

Prince Harry and Meghan now live in California after confirming in January that they would step back as "senior" royals and work to become financially independent.

They announced last year that they had reached a deal with streaming giant Netflix to make a range of programmes, some of which they may appear in, as well as striking a deal with music streaming service Spotify.