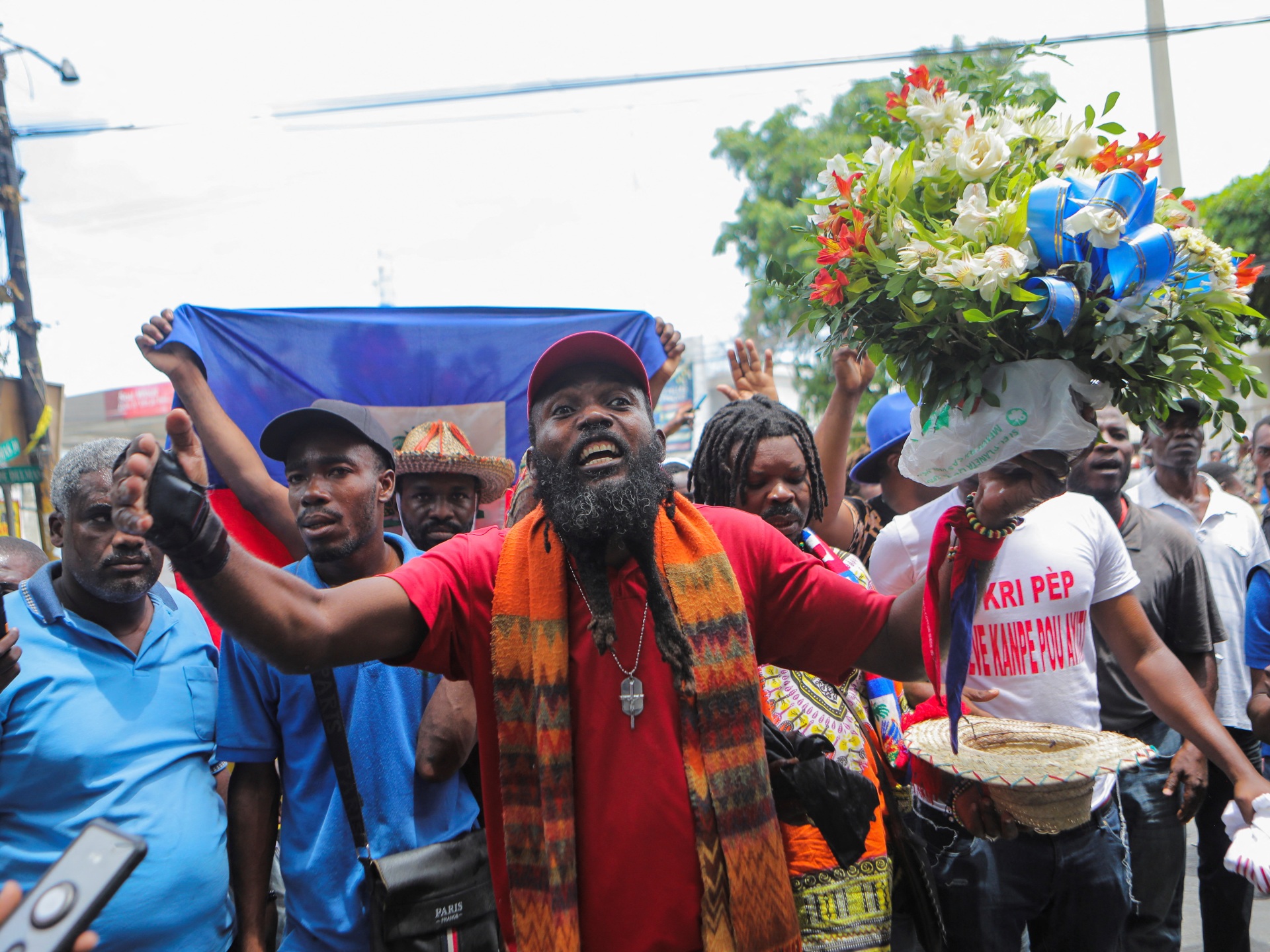 Haitian journalists killed while reporting on violence in capital

Two Haitian journalists have been killed while reporting in the country’s capital on the weekend, a journalists’ association and news outlets said, as deadly gang violence continues to ripple across Port-au-Prince.

The two reporters were fatally shot and their bodies burned on Sunday while they were reporting on violence in the impoverished neighbourhood of Cite Soleil, which has suffered from heightened gang activity in recent months. Their bodies have not been recovered.

The victims were identified as journalists Tayson Latigue, who worked for digital publication Ti Jenn Jounalis, and Frantzsen Charles, a reporter with FS News Haiti.

“We announce with great sorrow the death of our journalist and reporter Frantzsen Charles and another colleague. They were killed by bandits while reporting in Cite Soleil. We demand justice for our colleague,” FS News Haiti said in a statement.

Their deaths come amid rising violence in Haiti, where rival gangs have been battling for control of territory in and around the capital as instability worsened after President Jovenel Moise’s assassination in July of last year.

The reporters had been investigating violence in Cite Soleil, including the recent killing of a 17-year-old girl, when they were attacked on Sunday, according to a statement from Haiti’s Association of Independent Journalists.

“The journalists were just doing their job,” the group said. “They didn’t commit any crime.”

Dieudonne St-Cyr, a reporter with the association, told radio station Metropole Haiti that seven journalists were ambushed by two warring gangs. Five of the reporters were able to escape unharmed.

The association has called on Haiti’s government to address rising instability, calling the murders “further proof of the inability of the state to protect lives and property, which is nothing other than a violation of human rights”.

It also described the killings as a “villainous and odious act”.

Haitian Prime Minister Ariel Henry said he was “deeply shocked” by the deadly attack on the reporters. “We strongly condemn this barbaric act, while sending our heartfelt thoughts to the families of the victims and their colleagues,” he wrote on Twitter on Monday night.

Henry has called for assistance as the island nation struggles to cope with rising violence, inflation, and fuel shortages. “The country has a lot of problems,” he said in a televised speech earlier this week. “I am calling on everyone to stay calm. The government is working with what it has.”

Haitians have taken to the streets to demonstrate against rising costs of living and to call for the removal of Henry, who has pushed back against accusations that he is trying to hold onto power.

Residents of Port-au-Prince sheltered at home on Tuesday as gun fire rung out, road blocks and burning tires were placed along city streets and protesters threw stones in an angry response to expected new fuel price hikes and crime.

Previous calls for accountability for killings of Haitian journalists have largely gone unanswered.

In January, two Haitian journalists, Wilguens Louissaint and Amady John Wesley, were killed by gangs on the outskirts of Port-au-Prince.

Louissaint and Wesley were also reportedly burned alive by armed groups in Laboule 12, a neighbourhood that has been the site of violence between various gangs.

The April 2000 assassination of Haitian journalist Jean Dominique, the island nation’s most famous reporter at the time, also remains unsolved.