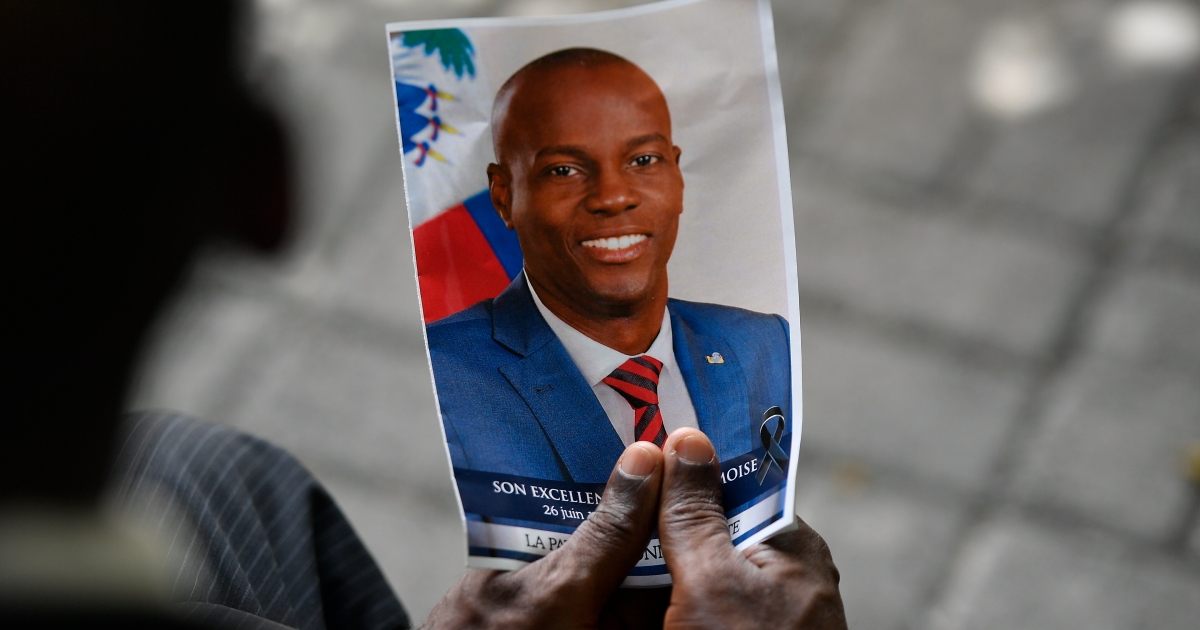 Haiti: One year since president’s killing, where do things stand?

One year ago, a band of armed mercenaries stormed the home of Jovenel Moise, killing the Haitian president and plunging the already fraught Caribbean nation into deeper political uncertainty.

Moise’s assassination on July 7, 2021 sent shock waves around the world, spurring calls for justice and accountability, and demands for a thorough investigation to determine who was ultimately behind the operation.

The president’s brazen killing also ushered in a fresh wave of gang violence in Haiti, which the United Nations human rights chief recently said has hit “unimaginable and intolerable” levels.

Haitian Prime Minister Ariel Henry spoke at a ceremony on Thursday morning to commemorate the one-year anniversary of the assassination, saying on Twitter that the entire nation was still in mourning.

Here, Al Jazeera looks at where things stand in the country:

A fifth judge was appointed in late May to lead the Haitian investigation into Moise’s killing, local media reported, after the previous judges stepped down for various reasons.

Dozens of people were arrested in the ongoing probe, including several Colombian nationals, but the process has been slow-moving and many questions – and theories – remain as to why Moise was killed.

“I have so many questions without answers,” Moise’s wife, Martine, who was injured in the July 7 attack at the couple’s home in Port-au-Prince, told a local radio station this week, as reported by Haitian media outlet Le Nouvelliste.

Martine recounted the assassination in an interview with The New York Times in July last year, saying she played dead as the gunmen, many of whom were speaking in Spanish, shot her husband. They then rummaged through his files and left. “The only thing that I saw before they killed him were their boots,” she said.

The United States has charged three men in relation to the assassination, accusing them of being members of a plot to kidnap or kill the Haitian president. Former Haitian senator John Joel Joseph was extradited to the US from Jamaica and charged in May.

The other men charged are Mario Antonio Palacios, a former member of the Colombian military, and Rodolphe Jaar, a dual Haitian-Chilean citizen.

The US Department of Justice alleges that a group of approximately 20 Colombian nationals and a group of Haitian Americans participated in the plot that, while initially focused on kidnapping Moise in a purported arrest operation, “ultimately resulted in a plot to kill the president”.

Meanwhile, this week a Turkish court rejected an extradition request for a Jordanian national wanted by the Haitian authorities in relation to the assassination.

The Haitian investigation appears to have stalled, the United Nations office in the country said in a statement on Thursday. “It is urgent that the necessary means be made available to the Haitian justice system in order to move forward with the investigation, and for those responsible for President Moise’s assassination be brought to justice” as quickly as possible, it said.

The New York Times reported last year that when Moise was killed, he had been “working on a list of powerful politicians and businesspeople involved in Haiti’s drug trade, with the intention of handing over the dossier to the American government”. Captured members of the hit squad said in interrogations that retrieving that list was a top priority, Haitian officials told the newspaper.

Prime Minister Henry’s name also has come up in the investigation, with the chief public prosecutor last year accusing him of being involved in the assassination due to phone calls he purportedly had with one of the suspects. The prime minister forcefully rejected the allegations and later sacked the prosecutor.

Before his death, Moise set off public protests for insisting that his presidency ended in 2022, despite leading jurists, human rights groups and other experts saying he needed to step down in 2021. Moise had been ruling by decree, as most Haitian institutions were not functioning.

Nevertheless, his term’s official end on February 7 of this year set off more uncertainty, with critics insisting that Henry – who was chosen by Moise and took office less than two weeks after the killing – was illegitimate.

Henry, who was backed by the Core Group of nations, which includes Canada, France, the US and the United Kingdom, among others, has insisted he can retain his post until elections are held, urging a vote to take place as soon as possible.

But in September, he indefinitely postponed presidential and legislative elections, as well as a constitutional referendum, amid the political crisis. Meanwhile, he has opposed a citizen-led initiative known as the Montana Accord, which was formulated by leading Haitian civil society groups and would set up a two-year transitional government. 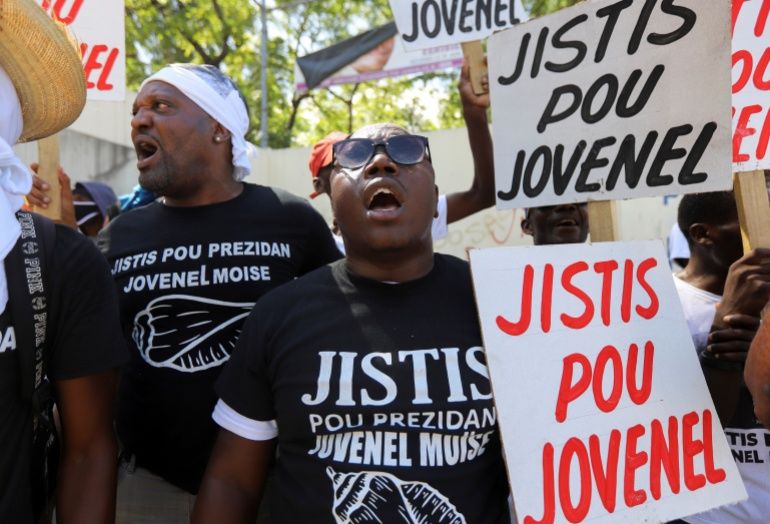 Demonstrators hold signs reading, ‘Justice for Jovenel’ outside a judicial hearing into the president’s assassination, in Port-au-Prince last October

Henry, who is the country’s de facto leader, rejected that in an editorial earlier this year in the Miami Herald newspaper, writing: “A president cannot be named, appointed or selected by any group of people or organization … Elections are the only way forward.”

More recently, on June 23 he urged Haitians to work together to reconcile amid deep divisions. “This is a must if we want to restore security, deal with armed gangs and their sponsors, [and] create a climate conducive to the holding of elections with high turnout, in order to rebuild our democratic institutions,” he tweeted.

In April, US Congressman Andy Levin had criticised what he described as Henry’s “rush toward elections” and urged the administration of US President Joe Biden to support a Haitian-led solution to the crises facing the country.

“There is no hope for a consensus agreement if Mr Henry believes he has blanket support from the US government and thus no incentive to negotiate in good faith,” Levin wrote in The Washington Post.

US State Department spokesman Ned Price told reporters on May 31 that since Moise’s assassination, the Biden administration has “called on all Haitian stakeholders to reach agreement on a unified way forward towards free and fair elections when those conditions permit”.

As the political deadlock persists, Haitians are suffering.

In mid-May, the UN High Commissioner for Human Rights Michelle Bachelet said “armed violence has reached unimaginable and intolerable levels in Haiti”, with thousands of Port-au-Prince residents forced to flee their homes amid an uptick in gang-related attacks.

Over the past year, powerful Haitian gangs have seized Port-au-Prince neighbourhoods, key roads linking the capital to the rest of the country, and fuel depots, the latter of which spurred a devastating fuel shortage.

Between April 24 and May 16 alone, the UN reported that at least 92 people unaffiliated with gangs and some 96 others alleged to be gang members were killed during coordinated armed attacks in Port-au-Prince. Meanwhile, kidnappings for ransom have soared.

The violence also is preventing thousands of Haitian children from going to school, the UN said this week. “Since 24 April, half a million children have lost access to education in Port-au-Prince where some 1,700 schools are closed, according to government figures,” it reported.

These dire conditions have pushed many Haitians to flee the country, with families forced to take dangerous journeys through Central America and Mexico in hopes of reaching the US.

The US Coast Guard said late last month that it had repatriated nearly 100 Haitian men, women and children in “an overloaded sailing vessel” off the Florida coast, amid record numbers of such migration attempts.