The epicenter of the shaking, which rattled homes and sent terrified locals scrambling for safety, was about 100 miles (160 kilometers) by road west of the center of the densely populated capital Port-au-Prince.

The epicenter of the shaking, which rattled homes and sent terrified locals scrambling for safety, was about 100 miles (160 kilometers) by road west of the center of the densely populated capital Port-au-Prince.

"Lots of homes are destroyed, people are dead and some are at the hospital," 21-year-old Christella Saint Hilaire, who lives near the epicenter, told AFP.

"I was in my house when it started to shake, I was near a window and I saw everything falling," she said. "A piece of a wall hit my back but I am not too hurt."

The long, initial quake was felt in much of the Caribbean. It damaged schools as well as homes on Haiti's southwestern peninsula, according to images posted by witnesses.

The country's civil protection agency said hours after the quake that the death count had jumped to 304, ticking upwards throughout the day from an initial report of 29 fatalities.

The agency said that hundreds were "wounded and missing" and specified that 160 were killed in the country's South department alone, in the area of the quake's epicenter.

"Initial responses, by both professional rescuers and members of the public have led to many people being pulled from the rubble. Hospitals continue to receive injured," it added.

With thousands injured, hospitals in the regions hardest hit by the quake were already struggling to provide emergency care and at least three in the municipalities of Pestel, Corailles and Roseaux were completely full, according to Jerry Chandler, head of the civil protection agency.

Haiti has declared a state of emergency in response to the disaster, and a White House official said US President Joe Biden has approved "immediate" aid efforts to begin.

"In what is already a challenging time for the people of Haiti, I am saddened by the devastating earthquake," Biden said, adding that his country was ready to "assess the damage and assist efforts to recover those who were injured and those who must now rebuild."

Residents shared images on social media of frantic efforts to pull people from the ruins of caved-in buildings, while screaming bystanders sought safety in the streets outside their homes.

"Houses and their surrounding walls have collapsed. The roof of the cathedral has fallen down," resident Job Joseph told AFP from the hard-hit city of Jeremie on Haiti's far western end.

Heavy damage was reported in the center of the city, which is composed primarily of single-story residences and buildings.

The damage in the city of Les Cayes appeared to be significant, including the collapse of a multi-story hotel.

Haiti's Prime Minister Ariel Henry, who surveyed the damage via helicopter, declared a state of emergency for one month while calling on the nation to "show solidarity" and not panic.

Shortly after the quake, the US Geological Survey (USGS) issued a tsunami alert, saying waves of up to three meters (nearly 10 feet) were possible along the coastline of Haiti, but lifted the warning soon after.

Jeremie resident Tamas Jean Pierre said the possibility of a tsunami nonetheless sent parents "fleeing the city with their children in arms."

"People are terrified," he said.

A 7.0-magnitude quake in January 2010 transformed much of Port-au-Prince and nearby cities into dusty ruins, killing more than 200,000 and injuring some 300,000 others.

More than a million and a half Haitians were made homeless, leaving island authorities and the international humanitarian community with a colossal challenge in a country lacking either a land registry or building codes.

The quake destroyed hundreds of thousands of homes, as well as administrative buildings and schools, not to mention 60 percent of Haiti's health care system.

The rebuilding of the country's main hospital remains incomplete, and nongovernmental organizations have struggled to make up for the state's many deficiencies.

The latest quake comes just over a month after President Jovenel Moise was assassinated in his home by a team of gunmen, shaking a country already battling poverty, spiraling gang violence and Covid-19. 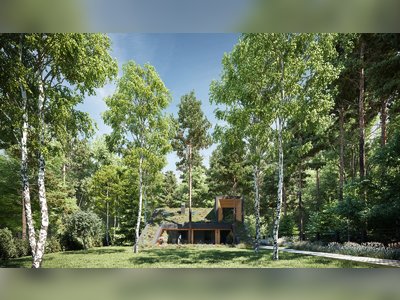