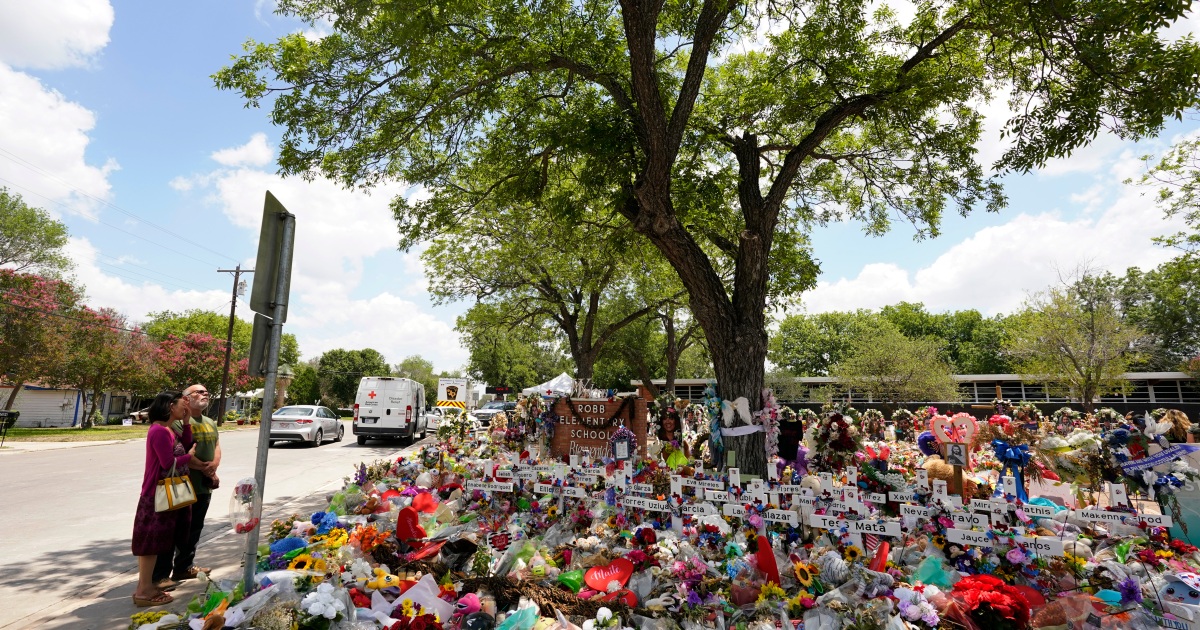 Gun reform plan gets key Republican support in US Senate

A bipartisan group of United States senators, including enough Republicans to overcome the chamber’s “filibuster” rule, has announced an agreement on a framework for potential gun safety legislation.

Ten Republicans signalled their support for the preliminary deal on Sunday, indicating the measure potentially could advance to a vote on passage and overcome roadblocks by other Republicans who oppose most gun control measures.

The talks that led to the framework followed a series of high-profile mass shootings in the US, including one at a school in Uvalde, Texas last month that killed 19 young children and one also in May in a Buffalo, New York supermarket that killed 10 Black victims.

Al Jazeera’s Rosiland Jordan, reporting from Washington, DC, said that although the final text has not been revealed, the Republican and Democratic senators negotiating the proposal have released some of the highlights.

“It includes providing funding for states to conduct so-called red flag checks on people for mental health reasons or other reasons,” she said,

“It would also include expanded background checks for people between the ages of 18 and 21, so that their criminal records can be searched before younger than 18. That is a first.”

However, no other limits that Democrats and President Joe Biden had advocated for – such as raising the age for buying semiautomatic rifles to 21 or new limits on assault-style rifles – were included.

Senate Majority Leader Chuck Schumer, a Democrat, issued a statement calling the plan “a good first step” and one that would “limit the ability of potential mass shooters to quickly obtain assault rifles by establishing an enhanced background check process for gun purchasers under age 21”.

Schumer said he wanted to move a bill quickly to a Senate vote once legislative details are worked out.

The US has the highest rate of firearms deaths among the world’s wealthy nations. But it is a country where many cherish gun rights, and the US Constitution’s Second Amendment protects the right to “keep and bear arms”.

“Our plan saves lives while also protecting the constitutional rights of law-abiding Americans,” the group of senators, led by Democrat Chris Murphy and Republican John Cornyn, said in a statement. “We look forward to earning broad, bipartisan support and passing our common-sense proposal into law.”

The agreement was announced a day after tens of thousands in Washington and in hundreds of other places across the US rallied to demand that lawmakers pass legislation aimed at curbing gun violence.

Biden on June 2 called for banning the sale of assault weapons and high-capacity magazines, or, if that were not possible, raising the minimum age to buy those weapons to 21 from 18. Biden also pressed for repealing the liability shield that protects gun manufacturers from being sued for violence perpetrated by people carrying their guns.

Republican opposition has been critical in thwarting Democratic-backed gun control proposals in Congress for decades.

The Senate is split, with 50 Democrats and 50 Republicans, and legislation must have 60 votes to overcome a filibuster – a manoeuvre that prevents or delays action in a legislative assembly.