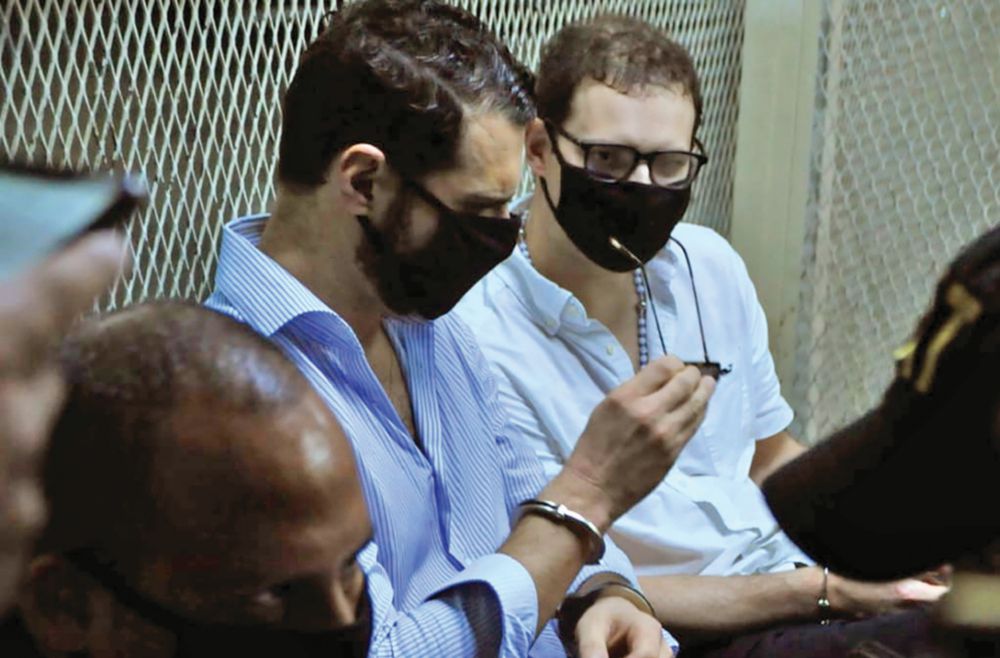 The security of the Mariscal Zavala military prison, in Guatemala, has been reinforced and some walls were “renovated”, after an alleged escape plan by Luis Enrique and Ricardo Alberto Martinelli Linares, who have been detained there since their capture, on October 6, 2020 was thwarted in July.
The information was provided this Monday, August 2, by Luis Escobar , director of the Guatemalan Penitentiary System, who also indicated that an elite group is shadowing the children of former President Ricardo Martinelli Berrocal.

On June 30, the Guatemalan authorities received an alert from United States intelligence units about an escape plan that the Martinelli Linares brothers allegedly intended to carry out. The following day, a search was carried out in the prison (in which cell phones, knives, razors, liquors and nine people outside the compound were found) and the two Panamanians were temporarily taken to an isolation area.

“We cannot corroborate that there was an attempted escape, because there was not. However, the information was given and we had to reinforce the security protocols, with more highly qualified personnel, called the elite. Currently, they are practically acting as direct shadow men to these two people, ”Escobar said.

The prison chief acknowledged that he cannot constantly “change places” of those deprived of liberty, “however, the order of the minister has been clear, to reinforce security and avoid any attempt. As a precaution, we take all measures and all the necessary protocols to prevent this from happening, with some reinforcements and renovation of some prison walls ”, he remarked.

The Martinelli Linares brothers are waiting for their eventual extradition to the United States to be defined, where they are required for various crimes related to money laundering.
Add Comment