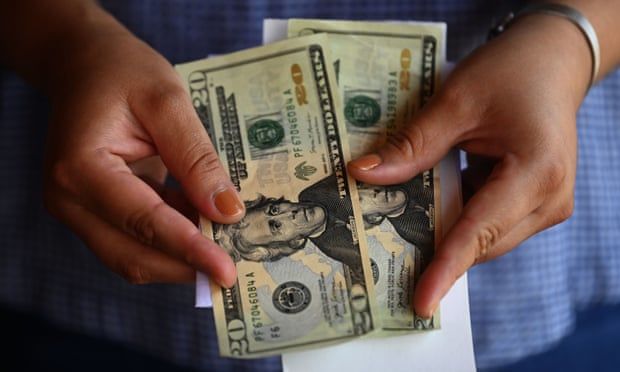 The amount of money Guatemalans living abroad send home to their families reached record levels in 2021. Remittances rose to more than $15bn (£11bn) in 2021, an increase of 35% on the previous year.

The unprecedented rise prompted experts to question the political will to tackle the migration crisis when remittances from the US contribute so much to the Guatemalan economy.

The Biden administration has maintained pressure on the governments of Central America to resolve the causes of migration, launching a plan to invest $4bn over four years in the Central American country, along with neighbouring Honduras and El Salvador.

Guatemala continues to have an extremely low minimum wage when compared with the cost of living, forcing many to depend on remittances for survival while elites benefit from low labour costs.

“The worst thing is that we are becoming a remittance dependent country,” Briere said. “It is a perverse system. [Migrants] are our largest export item, when it should be, in my opinion, an embarrassment.”

“It is an indicator of the grand exodus from the country to the United States that has existed in the last 20 years,” added Pedro Pablo Solares, a lawyer and migration expert.

Remittances have especially contributed to maintaining the Guatemalan economy during the Covid pandemic. In December 2021, the Guatemalan Chamber of Industry issued a press statement celebrating the “historic” economic growth of 7.5% in 2021, of which remittances were the largest growing sector. The next largest growth area was exports which increased by 15.4%.

Since 2014, the number of Guatemalans seeking to migrate has increased significantly in part due to the structural inequalities and the lack of job opportunities. According to Mario Arturo Garcia, a Guatemalan remittances analyst, in the past few years banks have seen increases of between 200,000 to 250,000 new users each year and between 2 and 2.5 million remittance transactions every month. 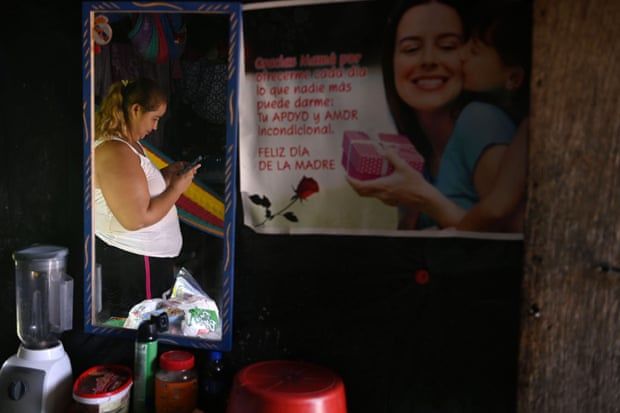 Elsy Gonzalez on a video-call with her husband Emerito Bonilla, who lives in Maryland in the US.

There are an estimated 2.9 million Guatemalans living in the US, according to the Guatemalan Ministry of Foreign Relations.

For Guatemalan families living in poverty the money sent home means they are able to survive and provide housing and education for their children.

Brenda Pérez, 25, lives in the village of Llano de Pinal on the outskirts of Guatemala’s second largest city, Quetzaltenango, with her two daughters, aged nine and five. Her husband, Carlos, migrated to the US in 2019 hoping to earn enough money to build his family a home and provide his two daughters with an education.

“The money he sends has helped us a lot,” said Pérez. “Here we could not do anything, because of how little we are paid.”

Before he left, Pérez’s husband earned 25 quetzales (about £2.40) a day working in agriculture, when there was work to do. Since migrating he has sent about 3,000 quetzales home every month from his job in a restaurant. Pérez has supplemented the money her husband sends with weaving that she sells for between 25 and 60 quetzales.

The money sent from the US has also helped the family pay for an internet connection so that the girls can attend school online as well as buy food which has risen in price.

“The price of everything has risen a lot,” said Pérez. “Even electricity has become more expensive.”

While frustration with the increase in cost of living grows in Guatemala, remittances and migration relieve some of the pressure on the government. They mean that the Guatemalan state does not have to meet the social needs for education, quality infrastructure, or healthcare in the country, all of which receive low state investment.

“The issue is that if people don’t have that escape valve, to emigrate, then obviously the internal conflict in Guatemala is on the rise,” Briere said. “Because by not providing even basic services to people, it obviously generates a greater discontent with local authorities and with the central government.”