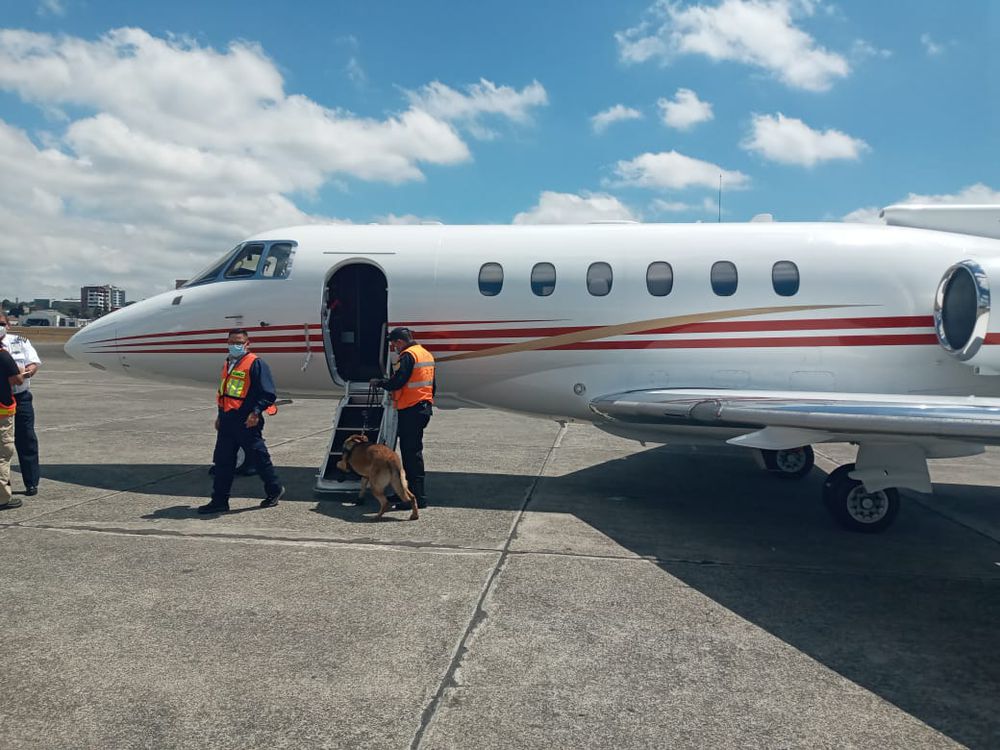 The private plane of former President Ricardo Martinelli Berrocal, guarded in Guatemala at the request of the United States, does not meet navigation requirements, reported the Public Ministry of Guatemala.
The plane, with registration N799RM, has remained on a runway at the La Aurora airport in the Guatemalan capital, since last Friday, when it was confiscated and was placed under the order of the Narcoactivity Crimes Prosecutor's Office.

That same day, as part of the procedure, a routine inspection was made, which did not reveal any abnormalities. It was found, among other things, that inside the plane there were no traces of drugs nor was it used to transport illegal goods.

As part of the inspection, it was determined that the plane does not meet "certain navigation requirements" and, therefore, was immobilized in La Aurora and without the possibility of flying again or being transferred to another airport or country. What those requirements are, were not specified, which leaves room for interpretation that the order might have come from the US authorities.

The confiscation took place this Friday, February 26, at La Aurora airport, with the support of the National Civil Police of the General Sub-Directorate for Analysis of Anti-Narcotics Information.

Both the National Civil Police of Guatemala and the Public Ministry indicated that day that the confiscation responded to a request from the United States Department of Commerce, for alleged export violations.

The 15-passenger aircraft, acquired in 2005, is registered to the Bank of Utah Trustee of Salt Lake City.

It is the same plane that the former president's children intended to board in La Aurora, on July 6, 2020, when they were captured, in response to an extradition request from the United States.

Ricardo Alberto and Luis Enrique Martinelli Linares have since been detained in a military prison in Guatemala, waiting for their extradition to be determined.

The plane had landed last Friday in Guatemala, with Marta Linares de Martinelli, Carolina Martinelli Linares and Marelisa Garuz, who had arrived precisely to visit the two detainees in the Mariscal Zavala military prison. With them three traveled Alejandro Garuz Adames and Michele Garuz Salaverry.

The pilot Bayardo Abel Herrera told the Guatemalan authorities that he works for Importadora Ricamar and has been piloting the plane for 16 years.

The prosecution for the Eastern District of New York has filed three charges against Ricardo Alberto and Luis Enrique: one for allegedly conspiring to launder money, and two more, for hiding information about money laundering.