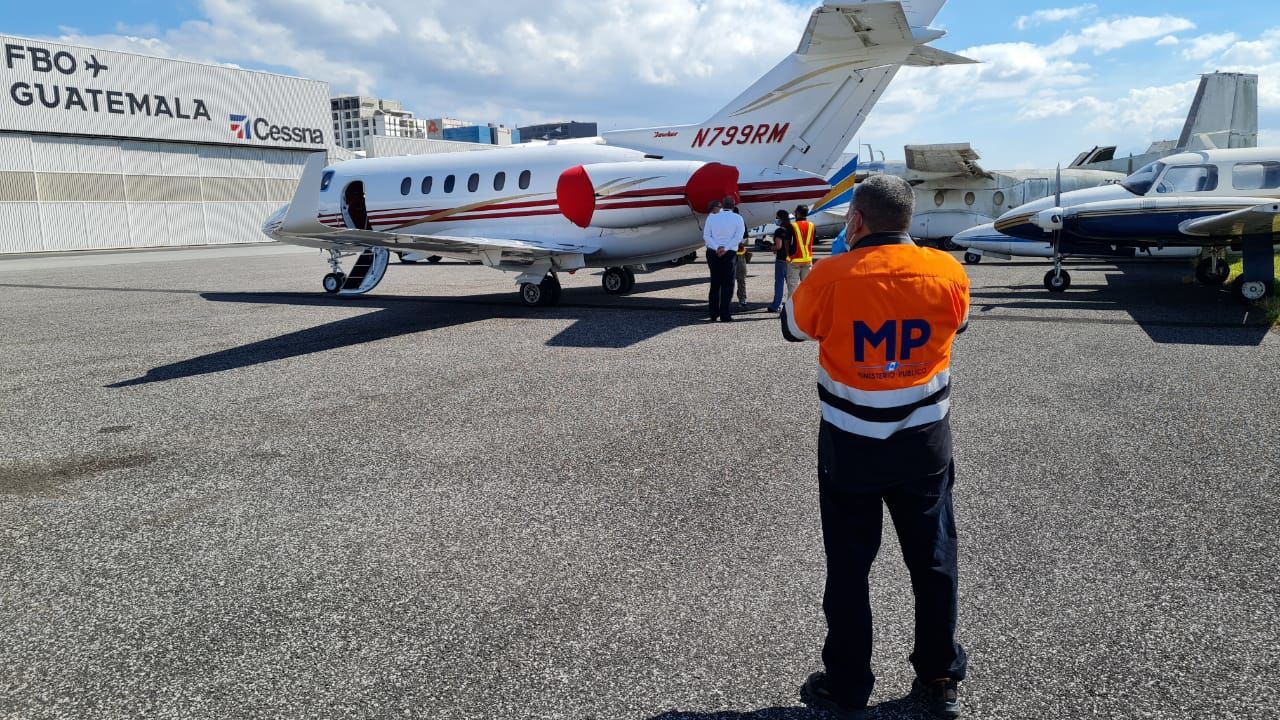 This Friday it was reported that the Prosecutor's Office Against Narcoactivity of Guatemala proceeded to confiscate the plane with registration N799RM, owned by the former president of Panama, Ricardo Martinelli.

As detailed, the aircraft had arrived at La Aurora International Airport, where it was detained when the former president's wife, Marta Linares de Martinelli and her daughter-in-law descended from it.

It is presumed that both traveled to Guatemala to visit the brothers Luis Enrique and Ricardo Martinelli Linares, arrested for the alleged conspiracy to commit money laundering and for hiding information on money laundering, which involves the Odebrecht company between 2013 and 2015.

Reports indicate that the confiscating plane responded to a request from the United States to seize Martinelli's private plane.

Former President Martinelli tweeted: In process, the change of flag in the United States, of a plane purchased in 2005, held today in Guatemala. Prosecutor's Office that executed the procedure was assigned on the grounds that it performs its functions at the airport. Requirement has nothing to do with your usual functions.