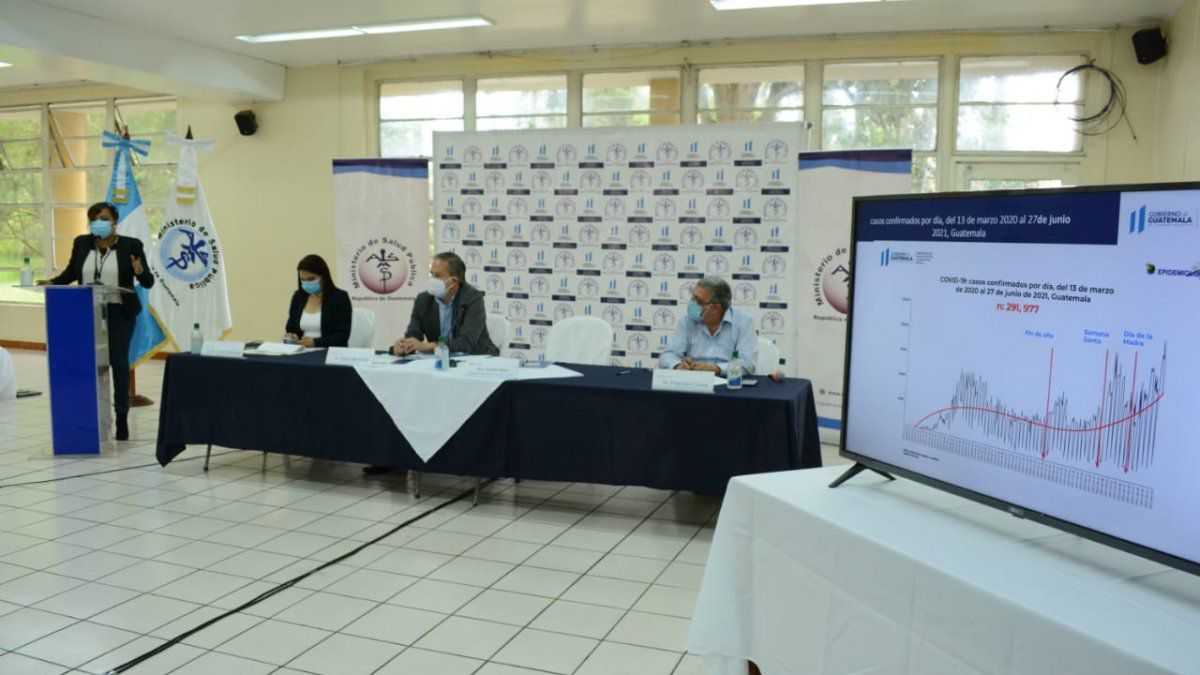 In Latin America, cases of black fungus have been reported in Brazil, Chile, the United States, Honduras, Mexico and Uruguay.
The Guatemalan Ministry of Health confirmed this Saturday a case and another suspect of mucormycosis and declared an epidemiological alert for this disease known as " black fungus", which is associated with covid-19.

The head of the Epidemiology Department, Lorena Gobern, issued a circular to directors and heads of laboratories in the health areas, public and private hospitals, ordering increased control measures upon confirmation of the first case.

In the note, he explained that it is a 56-year-old woman from the indigenous municipality of Patzicía, Chimaltenango (west), with a history of type II diabetes mellitus. The diagnosis of the black fungus was obtained on June 23.

In addition, Gobern indicated that health authorities suspect that a 23-year-old relative of the referred woman may also suffer from black fungus, but the case is still under evaluation.

The woman suspected of the disease was detected in the Tecpán hospital, also in Chimaltenango, and is now admitted to the San Juan de Dios in the capital for treatment and investigation. This person also has a history of type II diabetes mellitus.

The alert determines "to intensify surveillance, prevention and control actions in patients with the new coronavirus who present comorbidities, such as diabetes mellitus, corticosteroid treatments and diseases that compromise the immunological status of patients."

Mucormycosis is a fungal infection that can be fatal for some patients. It affects the sinuses, brain, lungs, and eyes.

For specialists, this rapid spread of fungal infection is largely attributed to the uncontrolled use of corticosteroids in the treatment of patients with coronavirus.

The exaggerated use of these drugs or their consumption by people whose immune system is weakened by the disease, increases the risk of infection by this fungus.

In addition, specialists point out certain environmental causes that favor the proliferation of the 'black fungus' and the multiplication of infections, such as contaminated water in oxygen tubes or humidifiers.

According to the circular, this disease has affected India more, but it has also been confirmed in the United Kingdom and Italy. In Latin America, cases have been reported in Brazil, Chile, the United States, Honduras, Mexico and Uruguay.
#Coronavirus  #COVID-19  #Covid

Captain 322 days ago
All black fungus victims were unvaccinated..so how does that figure oh ya ? Your comments are as stupid as ever.

Oh ya 322 days ago
Likely just another excuse to blame all the deaths that are coming from the jab that put spike proteins in your body if you were stupid enough to get the experimental biological agent that has never been tested oh humans before. Yes those that took the jab are the test animals in this lab experiment
View all comments (2)Add comment