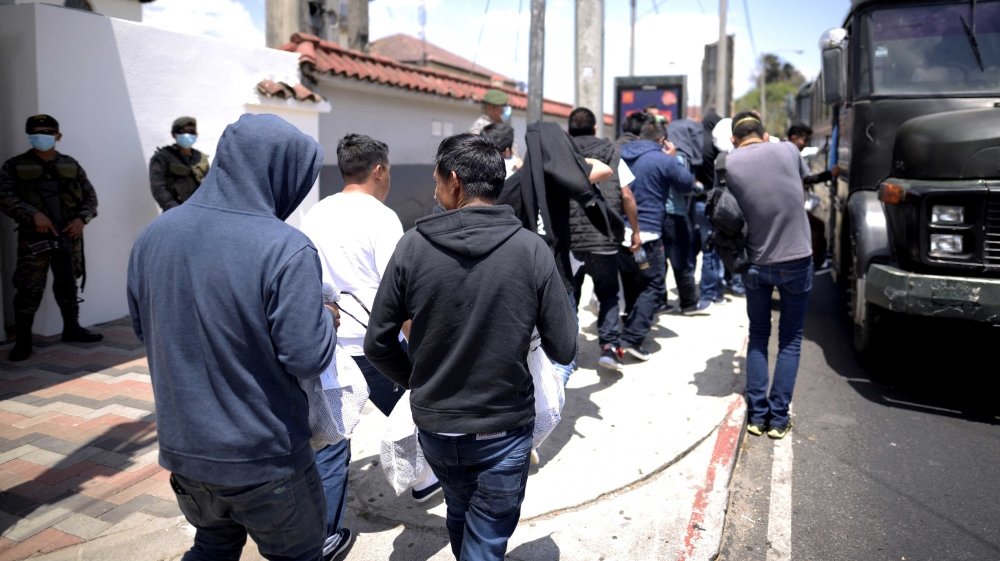 Guatemala asks US to test deportees for virus before sending

The major change in how the US handles its deportation flights to Guatemala comes after two weeks in which Guatemala refused to accept more flights.

Guatemala's foreign ministry said Thursday's flight did not signify that flights had officially resumed and it did not know when there would be another one, perhaps suggesting it was a test.

"It's under negotiation," the ministry said.

The government had suspended the flights after at least 44 deportees on an April 13 flight from the US state of Louisiana tested positive for the virus.

That had been the first day of resumed flights after a previous suspension that followed a March 26 flight on which the majority of the deportees also tested positive. Guatemalen President Alejandro Giammattei recently referred to it as "that damned flight", showing his frustration with a topic that has become sensitive domestically as the country's teetering health system tries to confront the virus's spread.

In total, at least 100 Guatemalans deported from the US between late March and mid-April have tested positive for the virus. The April 13 flight of infected deportees so unnerved Guatemala's government that the US sent a team from the US Centers for Disease Control and Prevention to Guatemala to verify the tests.

Since at least March, the government had been asking its US counterparts to certify the health of deportees before putting them on flights. Until now, that had meant only checking their temperatures or looking for other symptoms.

It appeared Guatemala's two-week suspension finally moved the US government to test deportees. It was not immediately clear if the US would begin testing deportees to other countries.

The issue had become sensitive for Giammattei in Guatemala, where there was a growing fear and accounts of harassment of deportees because people feared they carried the virus.

Last week, Giammattei said in an interview that some countries were helping Guatemala with financial and medical resources to confront the virus while others "have sent us infected deportees, but not a dime".

Last Friday, US President Donald Trump called the presidents of Honduras and El Salvador to offer encouragement and medical equipment while praising their assistance in controlling immigration. Giammattei was notably not included among those calls.

"To the United States, it sounds bad that a little country wants to push its luck and blame them for deporting infected deportees, even though it's true," said Renso Rosal, a Guatemalan political analyst.
#Donald Trump  #Coronavirus
Add Comment