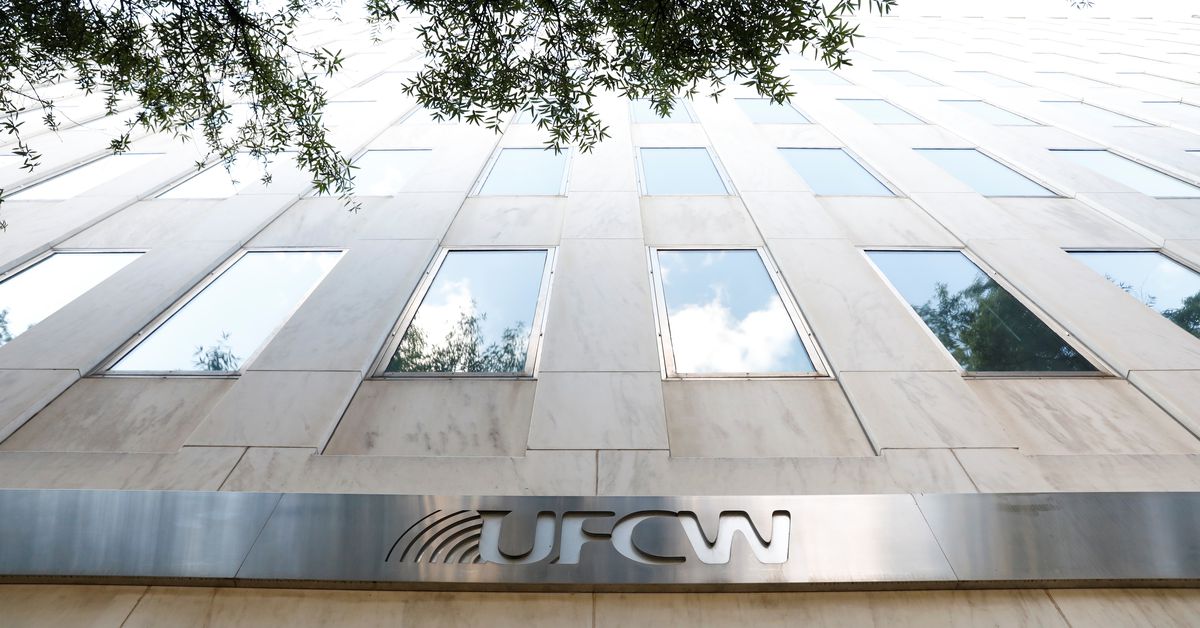 Around 48,000 grocery workers voted to strike if needed when seeking higher wages from stores owned by Kroger Co (KR.N) and Albertsons Companies Inc (ACI.N) in Southern California, the UFCW 770 union said on Saturday.
The United Food and Commercial Workers International Union (UFCW) has been seeking significantly higher and equal pay, sufficient staffing and enough working hours in their negotiations with the grocers, which began on Jan. 28.

As U.S. food prices rise, workers are pushing big corporations that have been posting record profits to offer more.

Politicians including President Joe Biden and Senators Bernie Sanders and Elizabeth Warren have voiced support for such demands.

The union said in a statement it would notify workers if a decision were made to strike.

It said there was a big disconnect between its proposal and the offer of an hourly raise of 60 cents, or less than a 1% increase, made by the grocers, including Ralphs, Albertsons, Pavilions and Vons.

Kroger-owned Ralphs called the union's proposal unrealistic as it is expensive to do business in California, while proposing to maintain its nearly $133 million annual investment in health care benefits.

The grocer, which has around 190 stores in California, said it might start making contingency plans, including advertising for temporary workers, to keep its business running.

As the previous workers' contract expired on March 6, the labor union has slapped unfair labor practice charges against the grocers.

The union said bargaining would resume on Wednesday and if talks failed, it would decide on the next steps.

It warned the workers not to walk out until it notified them and said it would have strike benefit funds available to support members if the companies forced the union to take action.

Ralphs said on Monday it hoped the union would return to the bargaining table with renewed interest in reaching a balanced deal.