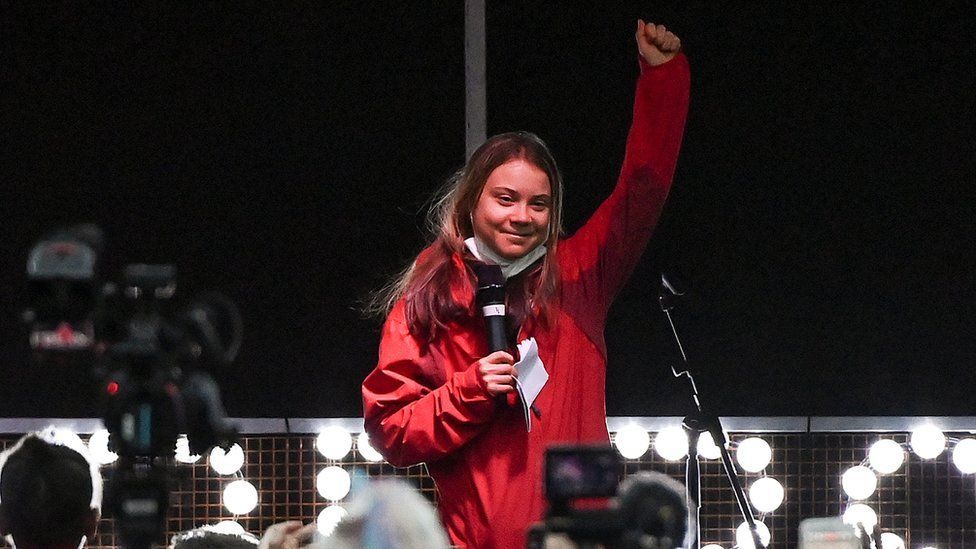 Greta Thunberg: Who is the climate campaigner and what are her aims?

Environmental activist Greta Thunberg is in Glasgow, where the COP26 summit is taking place.

The 18-year-old is one of the world's best known climate campaigners.

What has she said about COP26?

Greta Thunberg has called the climate summit a "failure" and a "PR exercise".

She told a youth protest in Glasgow that world leaders had had "26 COPs, they have had decades of blah, blah, blah - and where has that got us?".

She has also criticised goals for cutting emissions which cause global warming, saying: "We don't just need goals for just 2030 or 2050. We, above all, need them for 2020 and every following month and year to come."

However, Thunberg has avoided getting into the detail of what action should be taken, saying "it is nothing to do with me".

Who is Greta Thunberg?

Thunberg became well-known after she protested outside the Swedish parliament in 2018, when she was 15.

She held a sign saying "School Strike for Climate", to pressure the government to meet carbon emissions targets.

Her small campaign had a global effect, inspiring thousands of young people across the world to organise their own strikes.

A year later, she received the first of three Nobel Peace Prize nominations for climate activism. 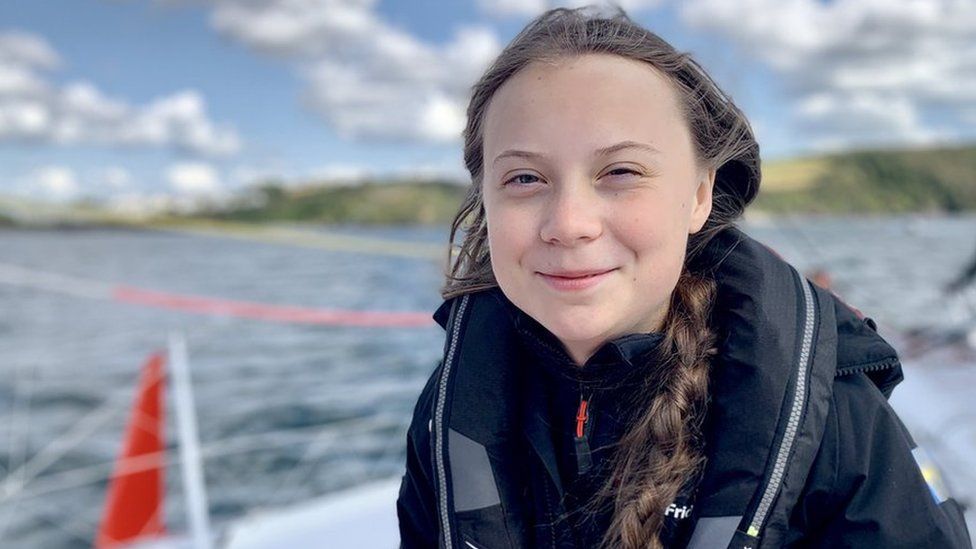 In 2019, Thunberg sailed across the Atlantic on a yacht to attend a UN climate conference in New York.

Delivering what is probably her most famous speech, she angrily told world leaders they were not doing enough.

"You all come to us young people for hope. How dare you? You have stolen my dreams and my childhood with your empty words," she said.

Thunberg was named Time Magazine's Person of the Year in December 2019.

What do people say about her?

Broadcaster and naturalist Sir David Attenborough told her she has achieved things many others have failed to do, adding: "You have aroused the world. I'm very grateful to you."

Prince Harry praised Thunberg's campaigning, saying "every country, every community, every school, every friendship group, every family needs their own Greta".

Alok Sharma, the president of the COP26 summit, has said that Thunberg's UN speech in 2019 had made him feel "really uncomfortable" because it held up a "mirror" to his generation.

But not all politicians have been as complimentary.

Donald Trump tweeted that she should "work on her anger management problem" while Russian President Vladimir Putin described her as a "kind but poorly informed teenager".

The COP26 global climate summit in Glasgow in November is seen as crucial if climate change is to be brought under control. Almost 200 countries are being asked for their plans to cut emissions, and it could lead to major changes to our everyday lives.

What is her background?

Thunberg has Asperger syndrome, a developmental disorder, and has described it as a gift. She said being different can be a "superpower".

Her father Svante Thunberg, is an actor and a descendant of the scientist who created a model of the greenhouse effect.