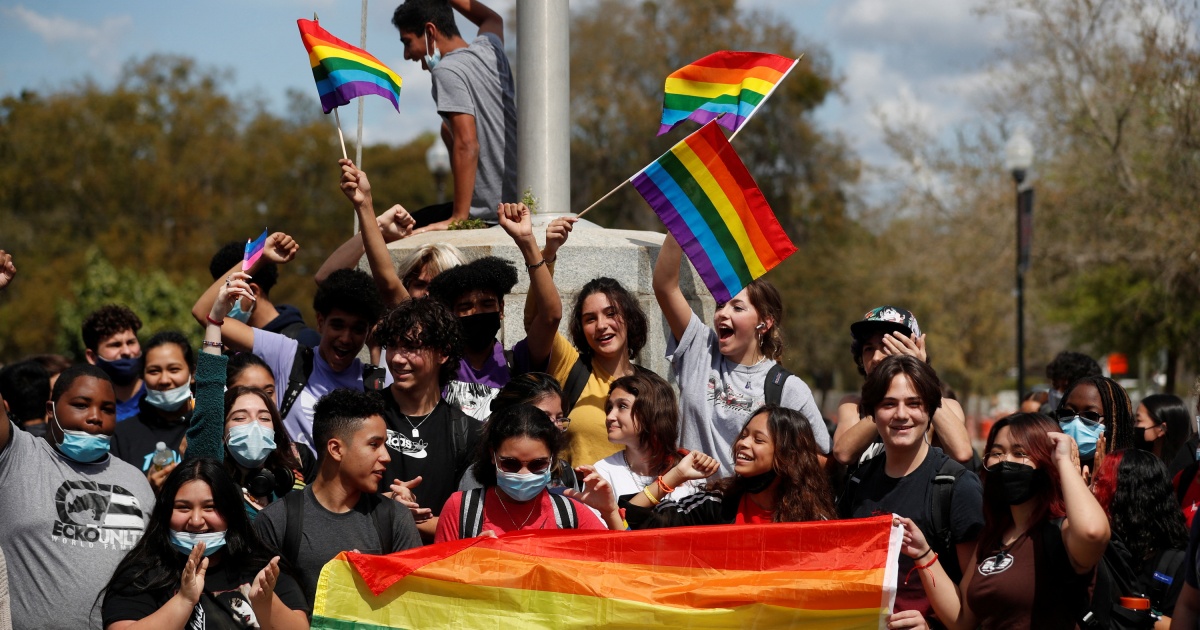 Lawsuit accuses US state of infringing on rights of LGBTQ students and their families with ‘Don’t Say Gay’ legislation.

Rights advocates in the US state of Florida have filed a lawsuit against Governor Ron DeSantis over a contentious law that they say seeks to marginalise LGBTQ students and their families.

Dubbed the “Don’t Say Gay” bill by its critics, the legislation signed into law earlier this week forbids classroom instruction on sexual orientation and gender identity in kindergarten through third grade.

The legal challenge, filed in United States federal court in Tallahassee on behalf of Equality Florida and Family Equality on Thursday, alleged that the law violates the constitutionally protected rights of free speech, equal protection and due process of students and families.

“This effort to control young minds through state censorship — and to demean LGBTQ lives by denying their reality — is a grave abuse of power,” it said.

“The United States Supreme Court has repeatedly affirmed that LGBTQ people and their families are at home in our constitutional order. The State of Florida has no right to declare them outcasts, or to treat their allies as outlaws, by punishing schools where someone dares to affirm their identity and dignity.” 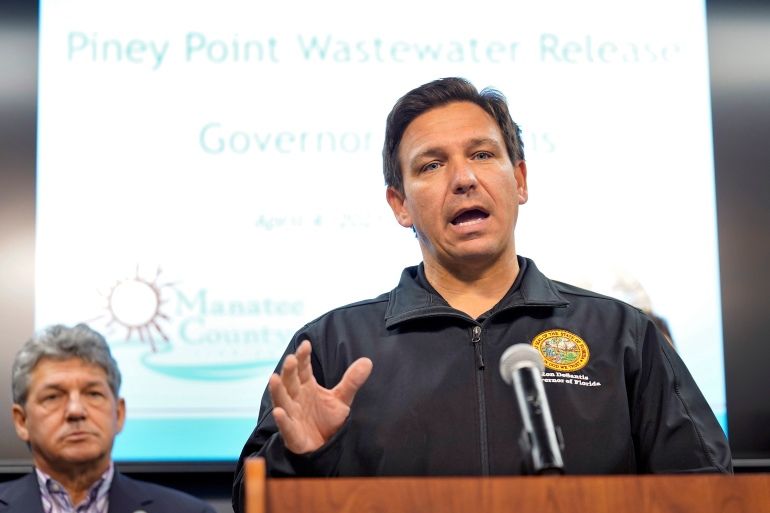 Florida Governor Ron DeSantis has defended the law as reasonable

The Florida legislation allows parents to sue a school district, at the district’s expense, if they believe the measure is not being enforced.

It states: “Classroom instruction by school personnel or third parties on sexual orientation or gender identity may not occur in kindergarten through grade 3 or in a manner that is not age appropriate or developmentally appropriate for students in accordance with state standards.”

DeSantis and other Republicans have repeatedly said the measure is reasonable and that parents, not teachers, should be broaching subjects of sexual orientation and gender identity with their children.

“We will make sure that parents can send their kids to school to get an education, not an indoctrination,” the Florida governor said to applause before signing the bill into law on Monday.

But many critics have said the law’s language, particularly the phrases “classroom instruction” and “age appropriate”, could be interpreted so broadly that discussion in any grade could trigger lawsuits, creating a classroom atmosphere where teachers would avoid the subjects entirely.

Civil rights groups, as well as progressive lawmakers, celebrities and US companies, have spoken out against the legislation as an attack on the rights of LGBTQ community members. US President Joe Biden last month also described the measure as “hateful”.

“This law is discriminatory and will directly harm Florida’s students and teachers, who have a right to receive information at school free of political censorship,” the American Civil Liberties Union (ACLU) said this week. “In a time of escalating attacks on trans youth across the nation, we need more inclusive education, not less.”

The lawsuit filed on Thursday sought to block the law from taking effect and also named Florida Education Commissioner Richard Corcoran and other education officials as defendants.

Meanwhile, US Secretary of Education Miguel Cardona met LGBTQ students and their family members at a school in Orlando on Thursday, discussing privately how the legislation is affecting their lives.

The visit was one of several Biden administration events showing support for the community throughout the day, including a presidential proclamation recognising Transgender Day of Visibility.

“We know while many transgender students experience valuable support at school, many others face significant challenges because of hostility directed at them by others,” Cardona said. “This includes a growing number of state laws that bully and intimidate LGBTQI+ students and their families.”