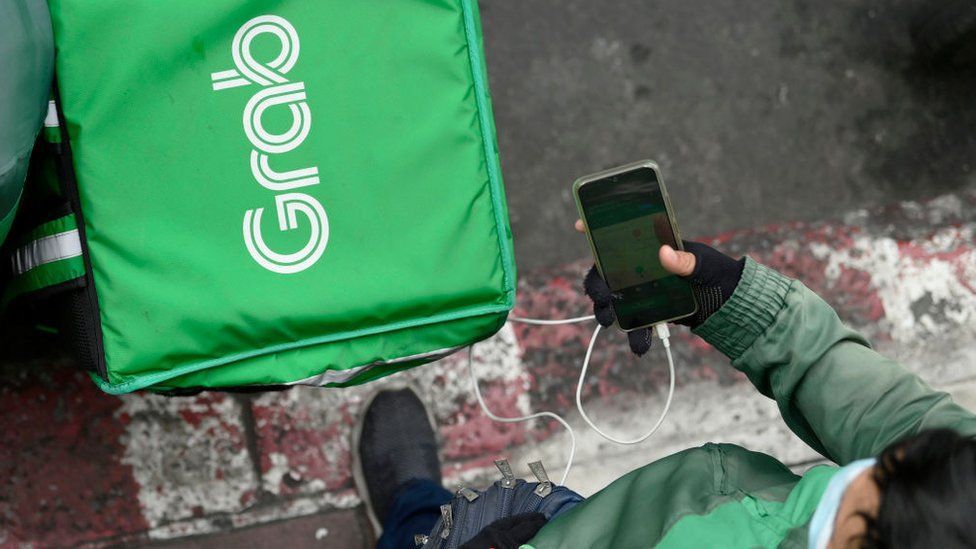 When Microsoft's Bill Gates said in 1994 that "banking is necessary, banks are not", financiers and analysts alike dismissed the claims as the wild musings of an over-imaginative techie.

Fast forward a few decades and that vision is fast becoming reality.

Grab is one of the most dominant super apps in Asia, offering rides, food delivery and now, financial services.

That includes loans, insurance, payments and investments - all accessed through a mobile phone app.

Launched in 2012 as a ride-hailing app like Uber, Grab has since expanded broadly. In 2018, it pushed Uber out of South East Asia.

But increased competition and governments seeking to curb the influence of powerful super apps could get in the way of those ambitions.

Co-founder Anthony Tan had the idea when he was studying at Harvard Business School.

The pitch was to make taxi rides safer and more convenient for Malaysians.

But first they needed investors.

Kee Lock Chua is a Managing Partner at Vertex Ventures Southeast Asia and India, and one of the first institutional investors in Grab.

The other investor? Anthony Tan's mum.

"We saw how he spent time with his mum, how he talked to her, and how much respect he gave her," Mr Chua explained.

"That told us he had strong character and conviction."

"Besides the solid idea, that helped us to make the decision to invest in the business."

He exited the investment seven years later, making more than 10 times that amount.

Banker to the masses?

As Grab's popularity grew, the company realised many of its drivers didn't have bank accounts.

The head of Grab Financial Group Reuben Lai had to help drivers sign up for accounts so they could get paid and also arrange loans for their cars. 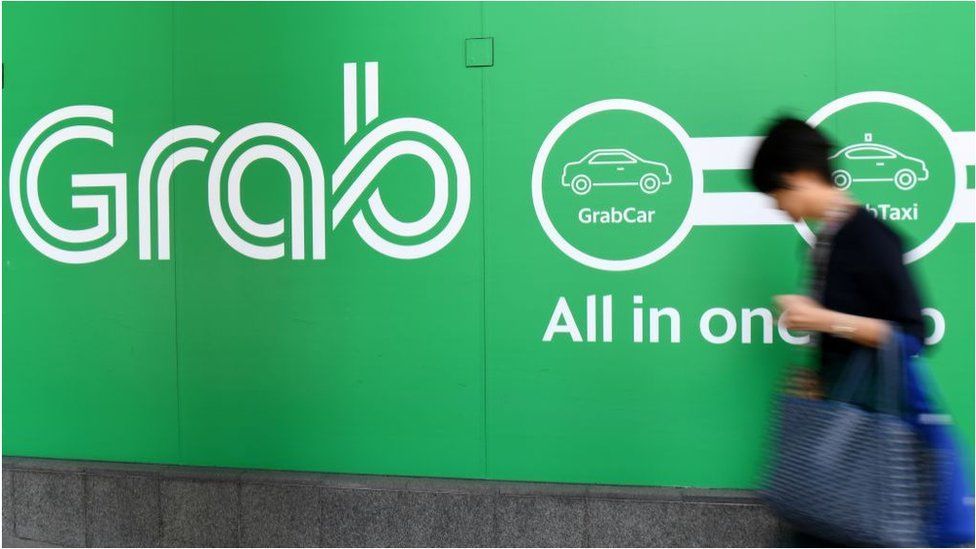 "After doing that for a number of years, we started asking ourselves, 'why are we doing [this]?" he said.

"That was when we realised that six out of 10 people across South East Asia are underserved by banks."

"It could be a lack of data [or] it could be the high costs of serving them."

"We want to be...the platform that enables financial institutions to serve this emerging consumer.

That includes Natthakan Khingpat in Bangkok, who opened his restaurant during the first wave of Covid-19 last year.

He gets the bulk of his orders from the Grab app and has been lucky: business is brisk.

He needed to borrow money to expand but going to a traditional bank was never an option.

"If I were to pay for the high monthly interest rates, I [don't] think I could survive," he told the BBC.

Grab has loaned Mr Natthakan almost $4,000 and the repayments are deducted from his daily earnings.

"I could go in [to the app] and look at how much per day I had to pay back.

"I thought I would be able to pull it off….it felt almost like I wasn't taking out a loan."

Many of the firm's first customers for its financial services were drivers.

Boon Kok has driven a Grab car for three years and now takes out health insurance through the app. 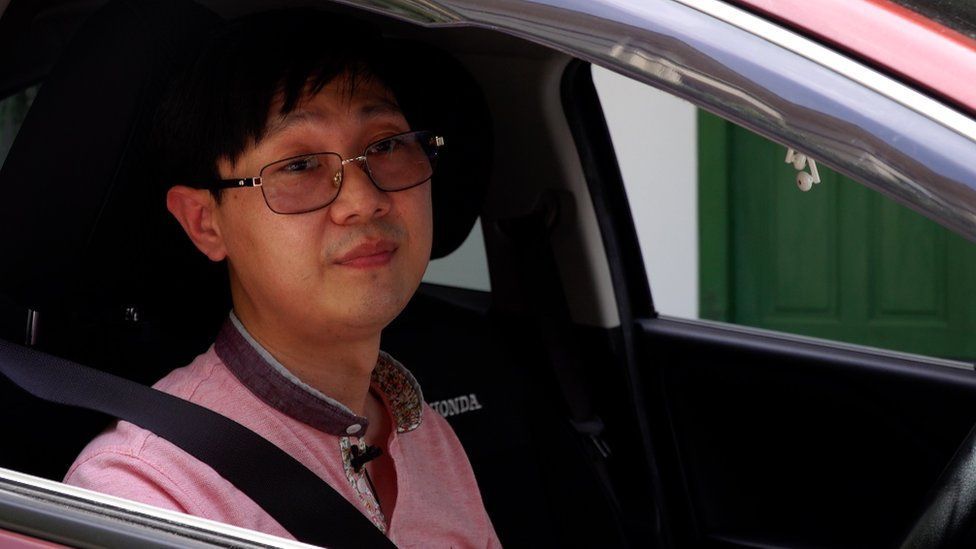 "Every single drive I take, [the app] will deduct 10 cent(s) so I think it's very affordable," he says.

The company is now looking to target digitally savvy millennials.

Jixun Foo, a Managing Partner of GGV Capital and another early investor in the company, said his advice to Grab's leadership was to get into financial services from the start.

"Once you have your [digital] wallet you start to use it," he told me.

"Then it is natural that you use it to buy things, you want to access better credit [and] when you are travelling you may want to buy travel insurance along with it."

"It's just the natural next step."

Grab has followed the Chinese model, leveraging on its customer base and offering financial services to them.

But regulators in China have recently cracked down on the powerful tech industry, in an attempt to rein them in. 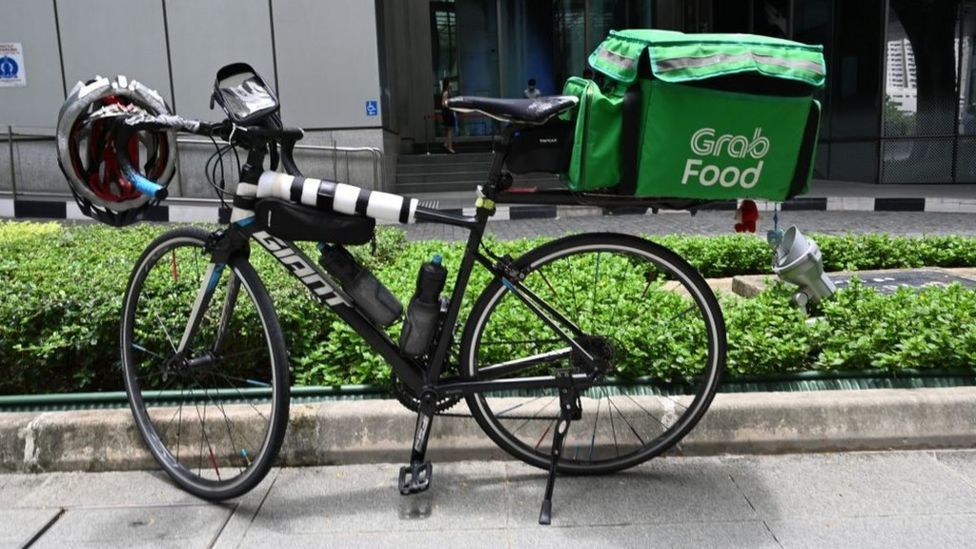 "In China, the government was less aware of how the concentration of power could happen," says Professor Nitin Pangarkar from the National University of Singapore's Business School.

"Other governments are seeing that this happened in China and if they don't want to let it happen in their own countries they have to step in and regulate," he adds.

The risks to Grab are also mounting.

It won a digital bank license in Singapore and is hoping to launch in 2022, but analysts say regulation will be a key concern going forward.

"I think digital banking in south east Asia is going to be tough, because regulators will definitely be protective of their turf," Robson Lee, partner at Gibson Dunn tells me.

It also has plans to list in the US later this year, with a valuation of $40bn.

"They have forecasted very good numbers but I think the devil is in the details," Mr Lee said.

"I think investors have got to continue to be vigilant and watch this very carefully."