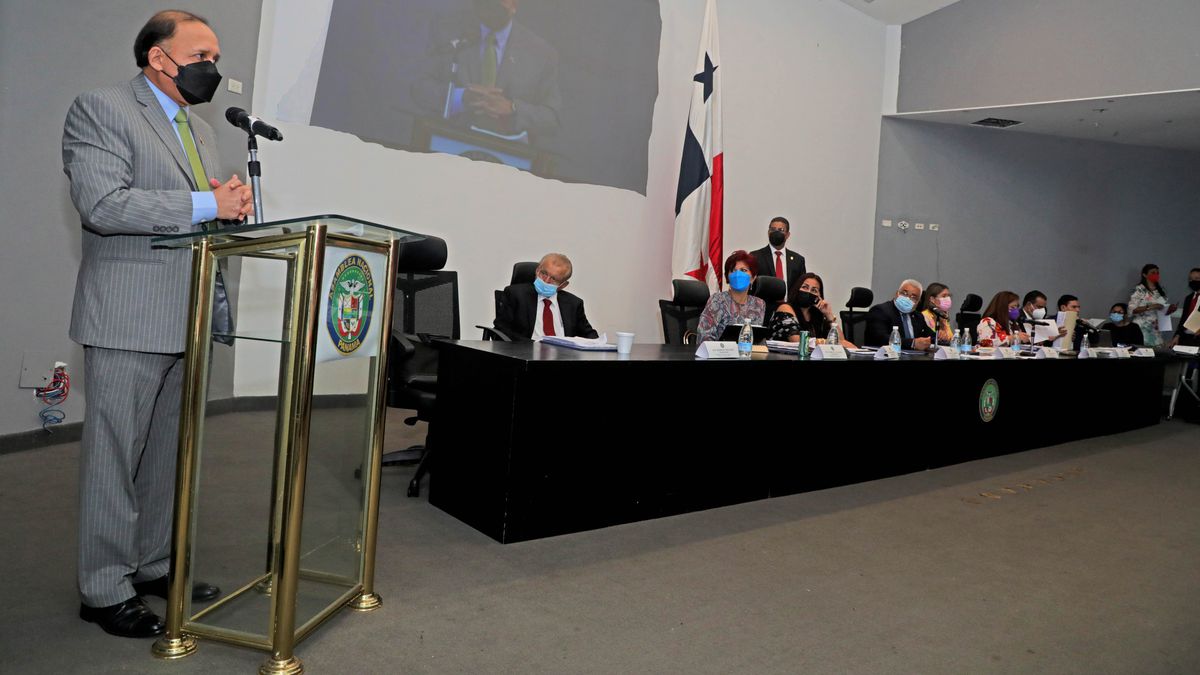 At the technical table that reviewed the changes introduced by the Government Commission to the electoral reforms, consensus was reached on more than 75% of the content.
The Government Commission of the National Assembly (AN) resumed this Wednesday, September 29, the debate on draft Law 544 on electoral reforms, after the technical table completed the review of modifications to it.

During the permanent session, the deputies that make up the Government Commission approved the articles of the first and second block of the project agreed between the National Assembly and the Electoral Tribunal at the technical table.

The magistrate and president of the Electoral Tribunal, Heriberto Araúz said that there is progress in most of the articles, however he expressed his disagreement with the approval of modifications to original articles 42 and 44 of the bill that reforms the electoral code, related with public financing and electoral penal jurisdiction.

" The Electoral Tribunal does not agree, there was no agreement on this issue, we have verified to the deputies that from 3.5, according to data handled by the Electoral Tribunal, to raise this redistribution to 15% and reduce the number of parties to 85%. Even with the technical explanations that we gave, there was no agreement on that specific issue and we will continue to seek consensus with the deputies to see if we improve this redistribution of pre and post electoral financing , "said Araúz.

Regarding the electoral jurisdiction, Araúz indicated that some aspects should be reviewed, specifically the reduction of deadlines.

" The ideal for the Electoral Court is the elimination of the electoral jurisdiction, however we recognize that if the proposal of the Government Commission is maintained, it does not imply a setback but rather an advance because the period is reduced ," he said.

For his part, Deputy Víctor Castillo, president of the Government Commission, said that the work carried out with the Electoral Court magistrates at the technical table was important and with great capacity.

"It really gave us the opportunity to move forward and make some kind of changes, many specific, others just deeds, " Castillo said.

The Government Commission is in permanent session, Castillo said, since the third block of electoral reforms is still pending discussion.

At the technical table, which in four meetings reviewed the articles of the electoral reform project that had been modified, reached consensus on more than 75% of the content of the first two blocks.

This technical table was installed after the intervention of the President of the Republic, Laurentino Cortizo, after the magistrates of the Electoral Court announced their decision to withdraw from the debate on electoral reforms due to changes introduced in the Government Commission.
Add Comment