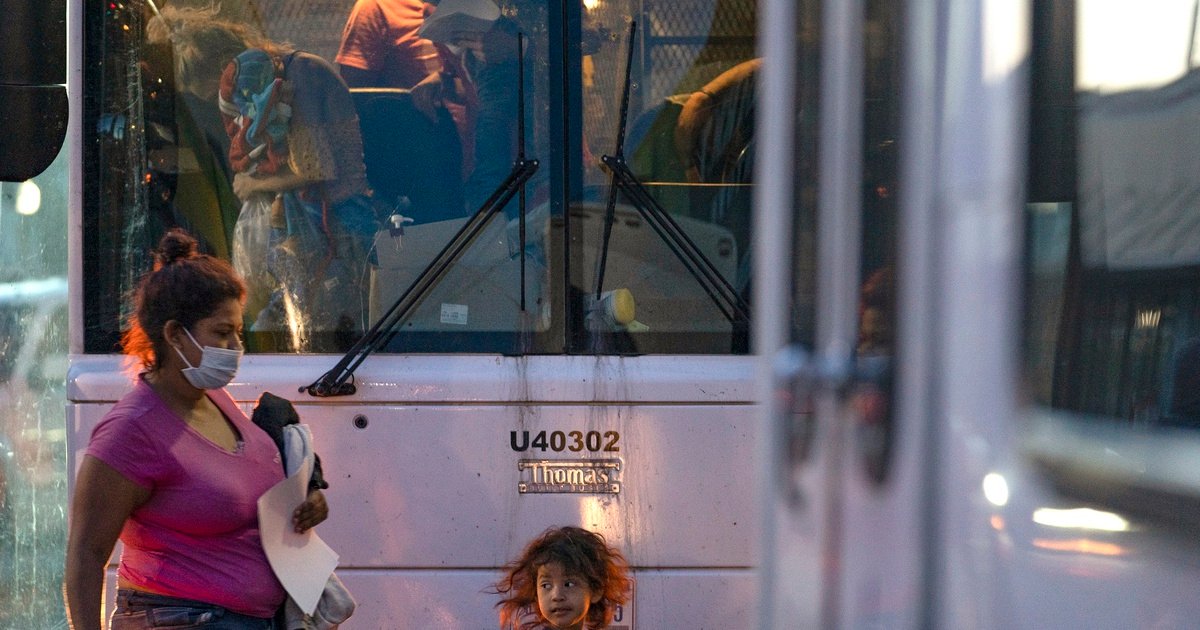 Gov. Greg Abbott’s plan to bus migrants to Washington, D.C., will be voluntary

Abbott said he’s responding to the Biden administration announcement that it will lift a pandemic-era emergency health order that allowed immigration authorities to turn away migrants at the border, even those seeking asylum.

Responding to the recent announcement that the Biden administration will lift a pandemic-era immigration policy that allows authorities to turn away migrants, Gov. Greg Abbott promised drastic, "unprecedented" action to curb what is expected to be a significant influx of migrants coming to Texas.

At a press conference on Wednesday, Abbott unveiled a stunning plan that sent a shockwave through the immigration rights community: Texas would place state troopers in riot gear to meet migrants at the border and bus them straight to the steps of the U.S. Capitol in Washington, D.C., where he said the Biden administration "will be able to more immediately address the needs of the people that they are allowing to come across our border."

But soon after the press conference, Abbott's office released more details about the plan that struck a notably softer tone.

The governor's office clarified that the program is completely voluntary for migrants and would happen only after they had been processed and released by the Department of Homeland Security. And in addition to buses, Abbott also ordered the state to charter flights to transport migrants to the nation's capital. The migrants would have to show documentation that they had already been processed by DHS. Many immigration advocates have noted that providing transportation services for asylum-seekers to reach their final destination is something the state should invest in.

Abbott's announcement led to immediate criticism from both his left and his right. Immigration rights groups said his rhetoric was still dangerous.

"Any forcible busing of migrants across the country would be outrageous and blatantly unconstitutional," Kate Huddleston, a staff attorney at ACLU of Texas, said in a statement. "Given that Abbott cannot dictate where people are sent, he has already backpedaled on this heinous plan, announcing that it will be only voluntary."

Some conservatives called it out as empty posturing.

His Democratic opponent for governor, Beto O'Rourke, said the announcement was just another example of Abbott placing bluster over substance.

"If Abbott focused on solutions instead of stunts, then Texas could have made some real progress on the issue over the last seven years," he said in a statement.

Abbott's busing program was only one in a series of actions he announced Wednesday to ramp up the state's response as the Biden administration moves to end a pandemic-era emergency health order known as Title 42 that allowed immigration authorities to turn away migrants at the border, even those seeking asylum. That order, which was put in place during former President Donald Trump’s administration, has allowed immigration authorities to manage the sometimes overwhelming number of migrants trying to enter the country.

Without it, federal officials say, they expect to draw thousands more migrants to the southwestern border every day, in addition to the already large numbers of people trying to enter from Latin America and other places across the globe. Abbott said federal officials are planning for more than 18,000 migrant crossings per day on the southern border, which would amount to half a million crossings a month.

Abbott also said Wednesday the Department of Public Safety will immediately begin enhanced safety inspections of commercial vehicles coming through the Mexico border into Texas because human smugglers are known to use commercial trucks to transport people into the country. Abbott acknowledged that the move will "dramatically slow" traffic at the Texas border. Mexico is one of state's largest trading partners and does hundreds of billions of dollars in trade with Texas every year.

Abbott also said the state will create boat blockades on the Rio Grande to deter migrants and install concertina wire, a type of barbed or razor wire, in low-river crossings on the river that are high-traffic areas.

The Republican governor, who is seeking a third term in November, said the projected number of migrants at the Texas-Mexico border is unprecedented and dangerous and blamed the Biden administration's immigration policies for those numbers. Abbott said the state will announce more policies next week to curb migrant crossings into the state because border officials are urgently asking the state for action.

A spokesperson for the White House did not respond to a request for comment.

"Instead of using our tax dollars to drive economic growth and build infrastructure, Governor Abbott is funding political stunts at the expense of Texas families and our troops."

Denise Gilman, the co-director of the Immigration Clinic at the University of Texas School of Law, said the program could still raise concerns about coercive conduct by the state given how it was announced.

"It seems very important to the state to take migrants to D.C. There's a strong interest in getting migrants on those buses," she said. "They had to say it's voluntarily but everything about the program suggests it would be coercive and therefore of questionable legality. If it's truly voluntarily, why is it only going to D.C.?"

"There's nothing about what was said the first time around that makes any sense from a policy or legal perspective so now they're trying to see if there's any legal veneer they can put on this," she said. "But you can't put lipstick on a pig. They were pretty clear about what they were trying to achieve."

Gilman also said Abbott could be making the job of some migrants easier if their destination was outside of Texas and they voluntarily got on the buses.

"There's a huge Salvadoran population in D.C., so yeah, free bus ride to get to where you were going anyway," she said. 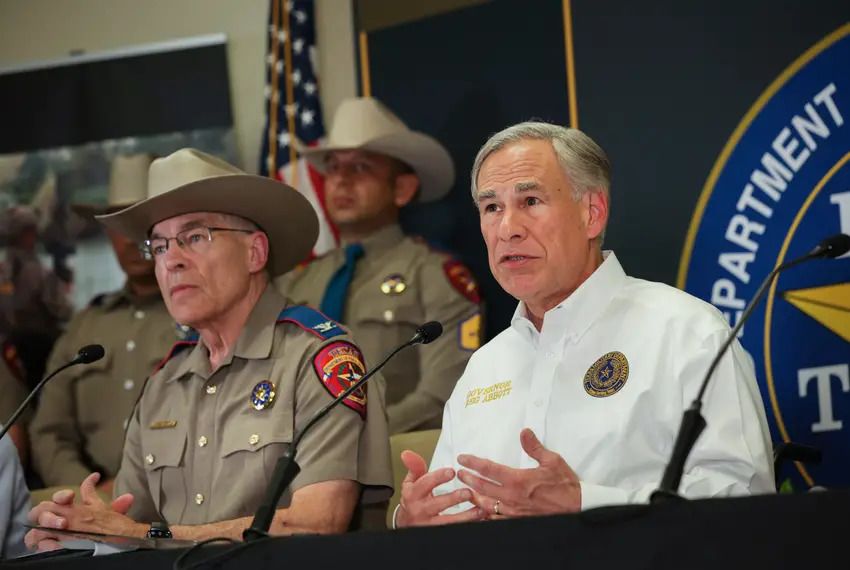 Gov. Greg Abbott discussed Texas’ response to the lifting of Title 42 at a press conference Wednesday in Weslaco.

In the midst of a reelection push, Abbott, a Republican, has made border security a top priority. Last March, he announced he was sending National Guard troops and DPS troopers to the border to curb illegal immigration into the state in an effort dubbed Operation Lone Star.

Earlier this week, Texas Military Department officials told state lawmakers that they were running out of money to pay for the mission which now has a price tag of $2 billion a year even though the state allocated only $412 million to the agency. In January, state lawmakers transferred $480 million to the department but TMD officials said Tuesday they would need $531 million in additional funds to keep the mission operating beyond May.

Abbott said the plans he announced Wednesday do not require any additional funds, but he noted the high costs to the state of his border mission.

Abbott has deployed nearly 10,000 troops on the mission, many of whom have been sent involuntarily. His office has repeatedly boasted that the mission has disrupted drug and human smuggling networks. But those claims of success have been based on shifting metrics that have included crimes with no connection to the border and work conducted before the operation.