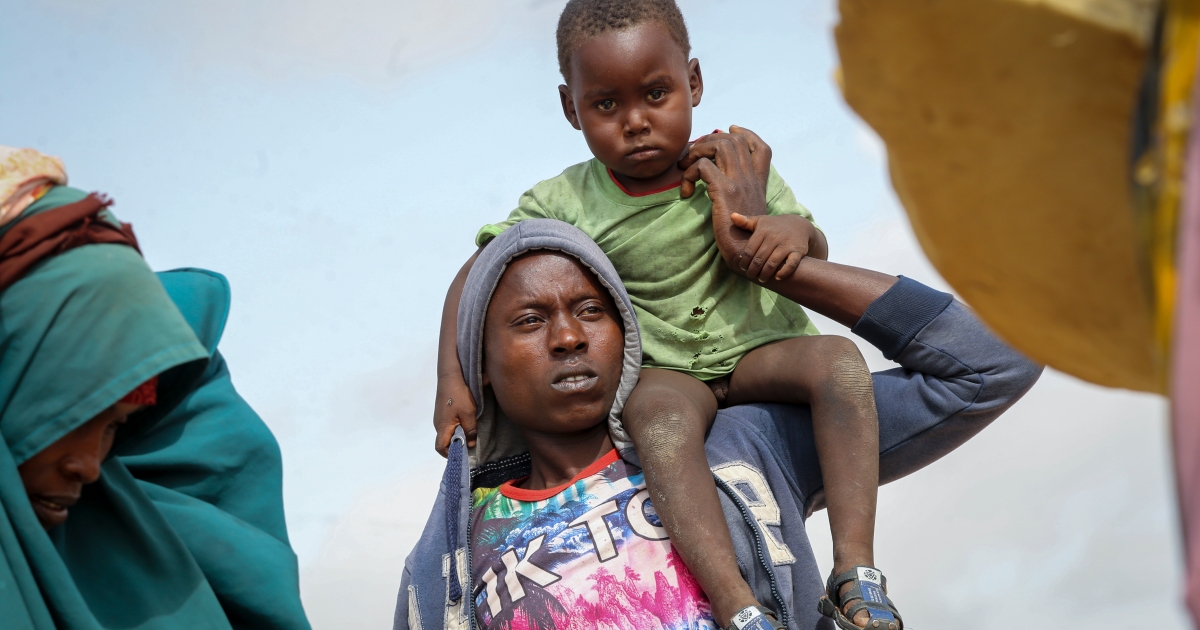 Up to 828 million people, or nearly 10 percent of the world’s population, were affected by hunger last year: UN report.

World hunger levels rose again last year after soaring in 2020 due to the COVID-19 pandemic, and the Ukraine war coupled with climate change now threaten starvation and mass migration on an “unprecedented scale” this year, according to UN agencies.

Up to 828 million people, or nearly 10 percent of the world’s population, were affected by hunger last year, 46 million more than in 2020 and 150 million more than in 2019, agencies including the Food and Agriculture Organization, World Food Programme, and World Health Organisation said on Wednesday in the 2022 edition of the UN food security and nutrition report.

World hunger levels had remained relatively unchanged between 2015 and 2019.

“There is a real danger these numbers will climb even higher in the months ahead,” said WFP Executive Director David Beasley, adding that price spikes in food, fuel and fertilisers stemming from the Russia-Ukraine war threaten to push countries into famine.

“The result will be global destabilisation, starvation, and mass migration on an unprecedented scale. We have to act today to avert this looming catastrophe,” he added.

Russia and Ukraine are the world’s third and fourth-largest grains exporters, respectively, while Russia is also a key fuel and fertiliser exporter.

The Covid 19 pandemic, armed conflicts around the world, and climate change have combined to create an unprecedented situation for the most vulnerable, Bays said.

“Some of it is about funding and clearly the UN doesn’t have the money to solve this problem,” he said.

It estimated that globally in 2020, 22 percent of children under five years old were stunted while 6.7 percent or 45 million suffered from wasting, a deadly form of malnutrition that increases the risk of death by up to 12 times.

The gender gap in food insecurity, which grew during the COVID-19 pandemic, widened even further from 2020 to 2021, the report said.

Driven largely by widening differences in Latin America and the Caribbean, as well as in Asia, it said that “in 2021, 31.9 percent of women in the world were moderately or severely food insecure compared to 27.6 percent of men”.

Calling for an overhaul of agricultural policies, the report said the global food and agriculture sector received almost $630bn a year in support that often distorted market prices, did not reach small-scale farmers, hurt the environment, and did not promote nutritious food production.

Such supports include subsidies that mostly target calorie-rich staple foods like cereals, sugar, meat and dairy at the expense of healthier, nutritious foods such as fruits, vegetables, pulses and seeds.

“Every year, 11 million people die due to unhealthy diets. Rising food prices mean this will only get worse,” WHO Director-General Tedros Adhanom Ghebreyesus said.

The five agency heads said evidence shows that if governments redirect their resources to prioritise consumers of food and give incentives for producing and supplying nutritious foods “they will help make healthy diets less costly and more affordable for all”.

The report said a key recommendation “is that governments start rethinking how they can reallocate their existing public budgets to make them more cost-effective and efficient in reducing the cost of nutritious foods and increasing the availability and affordability of healthy diets”.