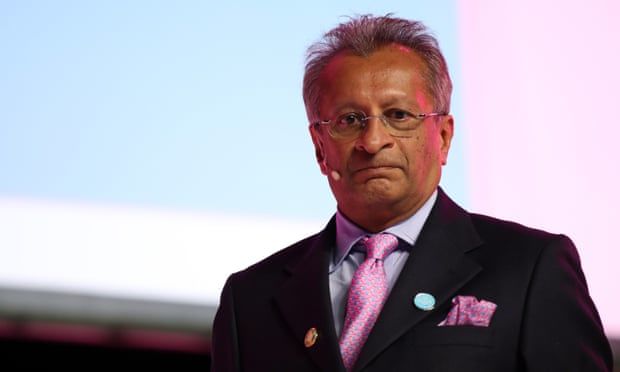 A major Tory party supporter is demanding the repayment of £200,000 in donations after complaining that he was excluded from elite political events and was never given auction prizes he had bid for at fundraising dinners, including breakfast with Boris Johnson.

Telecoms businessman Mohamed Amersi paid £50,000 for membership of Tory donor club the Leader’s Group in December 2020. But he says he was excluded from the invitation list for high-level events last year, and that officials were instructed not to invite him to the party’s winter ball last November.

He says he also paid £150,000 for auction prizes he never received, including the breakfast with the prime minister, a Japanese meal with Jeremy Hunt and a “magical show” by former defence secretary Penny Mordaunt, who once worked as a magician’s assistant.

Emails and documents regarding Amersi’s donation reveal how anxious officials in Conservative headquarters were to secure his support. One note even proposed he be helped in his ambition to become chair of the National Lottery Community Fund, a £40,000-a-year post for which he had been shortlisted.

Amersi said this weekend that while the donation system appears to offer a “leg up” to donors, it needs an overhaul to bring more transparency. He said he had been failed by party officials who had not fulfilled their obligations.

Amersi, 61, said this weekend: “You would expect [what is arguably] the oldest political party in the world would treat a significant donor with courtesy and respect. If for any reason they felt they could not fulfil any of the promises, they could have said ‘can we write you a cheque and give you your money back?’ Instead, they’ve not given me my money back and didn’t invite me to any events.”

A legal letter seen by the Observer and sent to Ben Elliot, co-chair of the Conservative party and co-founder of the concierge company Quintessentially, is the latest sally in a year-long dispute involving Amersi and other party figures over a new Conservatives’ friends of the Middle East group, which he chairs. Amersi’s lawyers warn that unless the dispute is amicably settled, officials should set out proposals for reimbursing his donations and other costs.

Amersi believes one of the reasons for his exclusion is that he exposed the “access capitalism” he alleges Elliot presides over, in which he claims privileged relationships are extended to those who make hefty donations. His business dealing in Russia and an advisory role on a deal in Uzbekistan also faced scrutiny last year, but he denies any wrongdoing and a report on him by party officials did not flag any significant concerns.

Amersi has donated more than £500,000 to the Conservative party since 2018 and, at a fundraising dinner at the Carlton Club in London in November 2019, he successfully bid £100,000 for breakfast with Johnson. He says he paid £50,000 for other prizes, including the meal with Hunt and the show with Mordaunt which he bid for in February 2019 at the annual Black and White ball at Battersea Evolution in London.

According to internal documents obtained by the Observer, Tory officials were anxious in December 2020 that Amersi renew his membership of the Leader’s Group, which requires a minimum donation of £50,000 and gives access to events with senior Tories, including the prime minister.

“Amersi is very interested in the Lottery Fund chairmanship and certainly has the skills,” said one redacted email sent on 21 December 2020 from a parliamentary email address to a party official. “I know you work with the public appointments team. Can we see that he is at least considered for the role.” It was agreed in the email correspondence that there would be efforts “to get the progress Mohamed deserves”.

A Japanese meal with Jeremy Hunt was one of the prizes Mohamed Amersi never received.

Amersi had in fact been interviewed for the role the previous month after being shortlisted by the public appointments team, but was told a final decision would not be made until the new year. He said he had been shortlisted on his merits and was not aware of any help from the Conservative party.

On 22 December, Mike Chattey, head of fundraising for the party, said Amersi had agreed to join the Leader’s Group. Amersi said, in an email sent the same day, that he hoped, given his background and qualifications, that the party would support his application to be chair of the National Lottery Community Fund, and for a group that he led, Comena, the Conservative Friends of the Middle East and North Africa, to be affiliated with the party.

He stressed that this support was neither conditional nor “transactional” and said it was “great to be part of the family again”. In the event, the lottery role was given to a prominent lawyer, Blondel Cluff.

In late 2020, a “due diligence” note was compiled on Amersi by former Tory MP Charlotte Leslie, who is director of the Conservative Middle East Council, a separate group from the one Amersi had been working on. The memo gave details of Amersi’s past, his associates and his dealings with Russia. The note was reportedly sent to party officials in January 2021 and triggered a flurry of emails. Amersi said he considered the note defamatory. There were concerns about “blue on blue” conflict in the party, and it was suggested in one email that Amersi be kicked “into the very long grass”. It was also proposed that a detailed report be conducted on his background. But there was no hesitancy over taking his cash. Amersi’s £50,000 Leader’s Group donation was accepted on 18 January 2021.

The pandemic caused initial delays in arranging the breakfast with Johnson, and officials also wanted to ensure he was properly vetted before any meeting. One No 10 official wrote in April 2021: “He’s a massive donor, just want to know if it’s likely to blow up into something if we do a breakfast.”

By 25 August 2020, a vetting report by the Conservative research department had concluded that the party’s close links to Amersi were “fine to proceed, with minor concerns”. The six-page report said he had international business interests, with some evidence of involvement with tax havens, but it did not flag any significant issues. 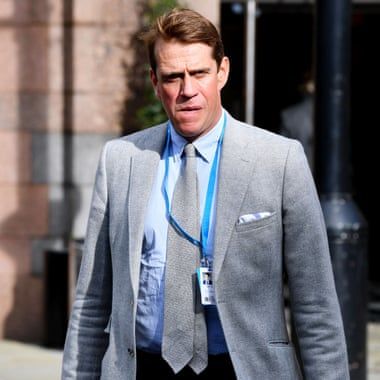 Amersi lifted the lid on how Ben Elliot, co-chair of the Conservative party, provided access to senior party figures and to Prince Charles.

In the summer of last year Amersi had lifted the lid on how Elliot provided wealthy benefactors with privileged access to the highest ranks of the Conservative party and even access to Prince Charles. Amersi paid £15,000 a year for membership of Elliot’s concierge business, Quintessentially.

It was also reported last October that he had advised on the structure of a deal that was later found to be a $220m (£162m) bribe for the daughter of the then president of Uzbekistan. Amersi’s lawyers said others had done due diligence on the deal and he had no reason to believe it might be a bribe.

Amersi says he is now effectively frozen out of the party’s “inner circle”, despite passing its vetting checks, and think his revelations about Elliot’s operations are probably to blame.

The businessman is now taking legal action against Leslie over the note on his background and has been criticised in parliament for using the court to try to “bully” her into silence. He says he wants to vindicate his reputation, but his efforts at reaching a settlement and avoiding a costly legal battle have been unsuccessful.

Amersi says Elliot reneged on an agreement for Comena to be affiliated to the party. Amersi said last week he did not consider Elliot fit to be party co-chair: “You cannot ask donors for support, expect them to purchase auction prizes, keep their money and then, like rubbish collectors, consign them to the wastepaper bin.”

Lawyers acting for the Conservative party are understood to have notified Amersi’s legal team that they consider his potential claim “legally unmeritorious”.

A Conservative party spokesperson said: “Public appointments are for the government. Donations to the Conservative party are received in good faith, after appropriate due diligence, from permissible sources. Donations are properly and transparently declared to the Electoral Commission, published by them, and comply fully with the law.”