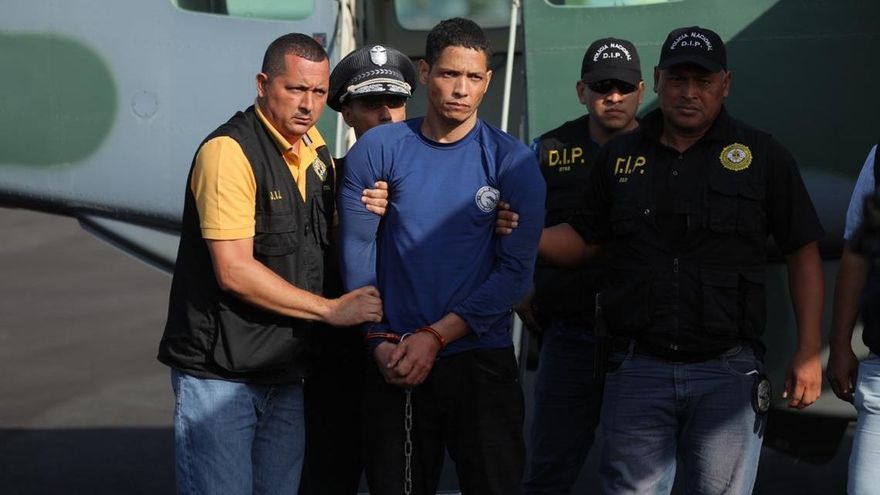 The lawyer of the Dominican Gilberto Ventura Ceballos, sentenced to 50 years in prison for the crimes of intentional homicide and kidnapping of five young people of Asian descent, reported on the notification of a reduction of 20 years that was granted by the Second Chamber of the Branch Criminal Court of the Supreme Court of Justice (CSJ) this Thursday, November 26.

The lawyer indicated in February of this year that they had new elements of conviction, consisting of documentary and testimonial evidence that would prove the non-participation of his client in the murder of the young people, and with this he presented a review of the 50-year sentence.

Faced with this ruling, Navarro's lawyer indicates that this evidence presented in February proved in a certain way the non-participation in the homicides.

This new ruling indicates an in-depth, legal, scientific examination of the magistrates of the Second Chamber of the Criminal Branch of the Supreme Court of Justice, which ratifies what Gilberto Ventura Ceballos' lawyers raised: that he was not the author of the murder of the young, Navarro concluded.

It was added that Ventura Ceballos did not accept the reduction and asked his lawyers to obtain a lesser sentence. As part of his defense is also the lawyer Rogelio Cruz.

For this crime, Alcibiades Méndez, an accessory to the kidnapping and murder of the young Yessenia Loo Kam, Yong Jian Wu, Samy Zeng Chen, Georgina Lee Chen, and Joel Liu Wong, was also sentenced to 50 years.

In the opinion of former prosecutor José Almengor, this decision leaves them surprised and considers that it profoundly affects the credibility of the Panamanian judicial system.

In addition, Almengor assured that the investigation of Ventura Ceballos's escapes from the prisons is being awaited, which exposed the existing corruption in the country's penitentiary system.

READ ALSO: Criminal Chamber explains why it lowered the sentence to Ventura Ceballos

While the Chinese Associations of Panama West reacted perplexed to this decision. The lawyer Cristobal Fu indicated that they are concerned and this ruling draws attention; and stressed that they want to hear the considerations of the court on why he was exonerated with 20 years.

Georgina's mother, Mrs. Judith Chen, expresses that with this ruling they are made to relive once again the brutal murder of the youth.

The families of the young people will meet once again to demand justice.

It should be added that the Dominican escaped from La Joyita, on December 28, 2016; an act for which he was sentenced to pay an additional 60 months in prison. There is still an investigation and conviction pending on this latest escape.