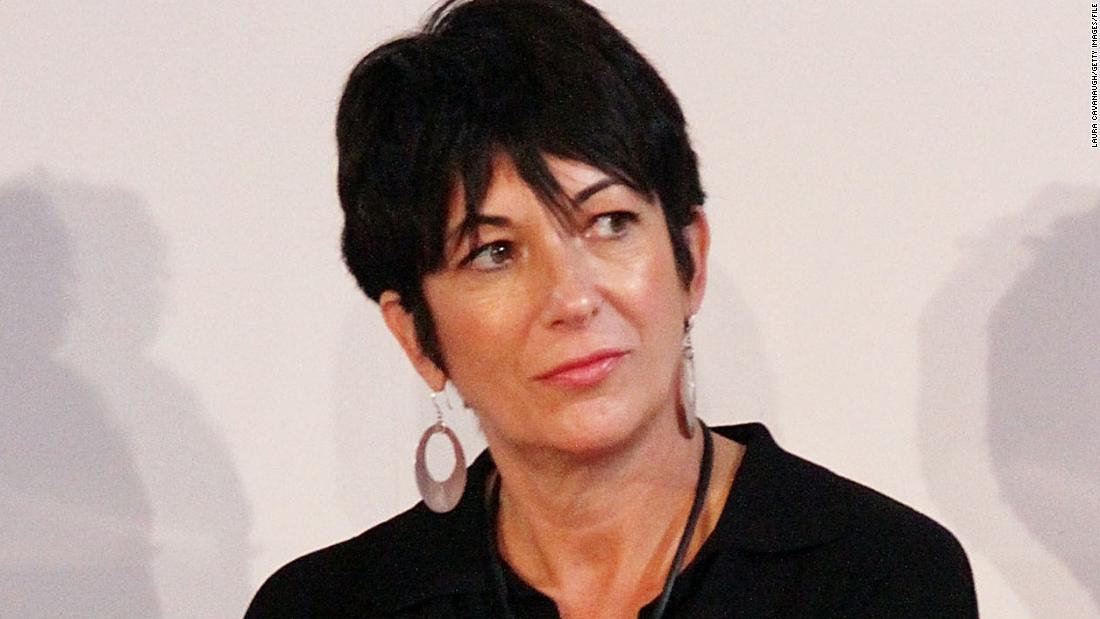 Ghislaine Maxwell is being sued by her attorneys' firm for more than $878,000 in unpaid legal fees

Ghislaine Maxwell, Jeffrey Epstein's former confidante now serving a 20-year prison sentence for child sex trafficking, is being sued for more than $878,000 in unpaid legal fees by a law firm representing her, according to court documents.

Two lawyers from the firm, Jeffrey Pagliuca and Laura Menninger, were lead attorneys on Maxwell's defense team during her trial last year that ended in a conviction for her role in facilitating Epstein's abuse of minor girls.

The lawsuit, filed on Monday by the law firm Haddon, Morgan and Foreman in county court in Denver, Colorado, also names her brother Kevin Maxwell and her estranged husband Scott Borgerson as defendants.

According to the suit, Ghislaine Maxwell told her attorneys after she was incarcerated in 2020 that her brother Kevin would coordinate the financial aspects of her defense. The firm has continually threatened to stop representing Maxwell beginning in 2020 after legal fees continued to go unpaid, the lawsuit says.

Ghislaine Maxwell, 60, grew up in the idyllic Oxfordshire countryside and is the daughter of Robert Maxwell -- a Czech-born newspaper tycoon and former British lawmaker who died under mysterious circumstances. The media magnate fell off his luxury yacht -- called "Lady Ghislaine" -- near the Canary Islands in 1991. He was posthumously discovered to have committed massive pension fraud against his employees.

In the days and weeks leading up to the start of Ghislaine Maxwell's criminal trial, her lawyers were threatening to withdraw representation as her brother reassured them repeatedly that he'd get them the money, the lawsuit says. He also told them not to worry Ghislaine with the matter because she "lacked the ability to impact funding," the lawsuit says.

Kevin Maxwell has made "a handful of sporadic payments" over the years, the last one in January for more than $141,000, but the law firm says the account was never paid current and that's a "small fraction" of what's owed for Ghislaine Maxwell's defense.

Kevin Maxwell did not respond to CNN's request for comment.

Borgerson controlled Ghislaine Maxwell's money as the marriage dissolved and has in part been responsible for delaying payments to the firm, the lawsuit says. CNN reached out to Borgerson for comment.

The lawsuit also alleges that before the couple broke up Maxwell and her then-husband attempted to shield her assets in real estate in limited liability companies to protect her assets from creditors like the law firm.

Haddon, Morgan and Foreman has represented Maxwell since 2015, beginning with a lawsuit filed by Epstein accuser Virginia Giuffre and other civil matters related to Epstein's abuse.

Maxwell was convicted on five counts, including sex trafficking a minor, last December and was sentenced to 20 years in federal prison.

During her trial, prosecutors argued Maxwell and Epstein conspired to set up a scheme to lure young girls into sexual relationships with Epstein in New York, Florida, New Mexico and the US Virgin Islands. Four women testified that Epstein abused them and that Maxwell facilitated the abuse and sometimes participated in it.

Maxwell's attorneys filed an appeal of the conviction last month. She is serving her sentence in a low-security federal correctional facility in Tallahassee, Florida, according to Bureau of Prisons records.

The Haddon, Morgan and Foreman law firm declined to comment.

It is unclear whether the firm will withdraw representation in Maxwell's ongoing litigation, but no official documents appear to have been filed on the public docket yet.