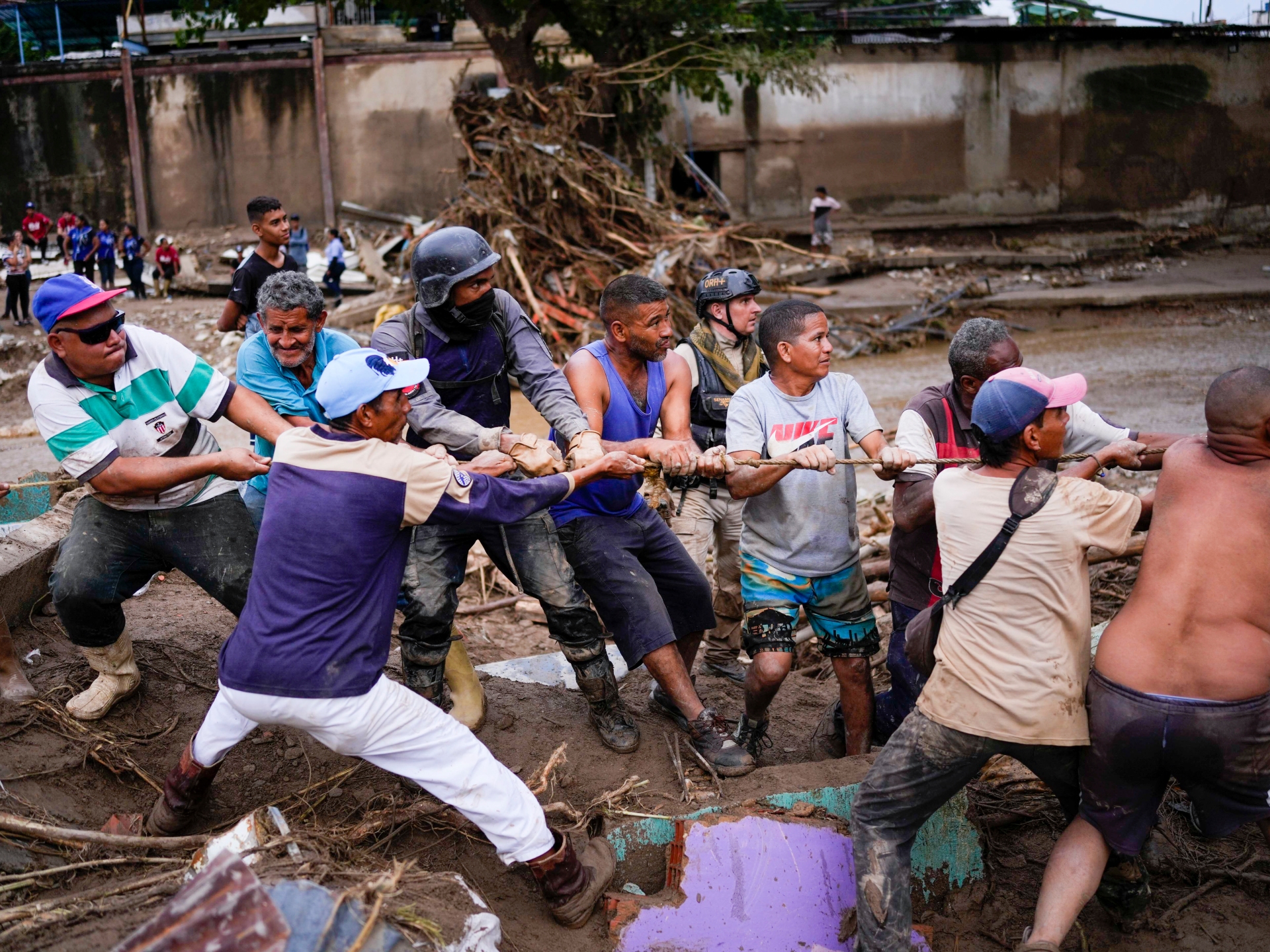 ‘Get me out’: Search for Venezuela landslide survivors continues

Rescue workers continue to try to locate missing residents of a central Venezuela town, clearing rocks and mud from the streets of Las Tejerias three days after it was hit by a massive landslide that killed dozens.

Neighbours and rescuers — approximately 3,000 police, soldiers and other professionals — were engaged on Tuesday in an ever-more desperate search for possible survivors, but hope was quickly fading.

Officials said the landslide had killed at least 36 people, but warned the death toll could increase as bodies are found farther downstream from the hardest-hit neighbourhoods in the town, located about 50km (31 miles) from the capital, Caracas. At least 60 people were said to be missing.

Magaly Colmenares said she was with a group of firefighters that recovered the body of her grandson on Monday from a house swamped by mud. The body was taken to a health centre that has been pressed into service as a morgue.

“He was buried with a man who tried to help him and his three-month-old sister,” Colmenares said. “I found my angel, and we have to look for his little sister, too.” 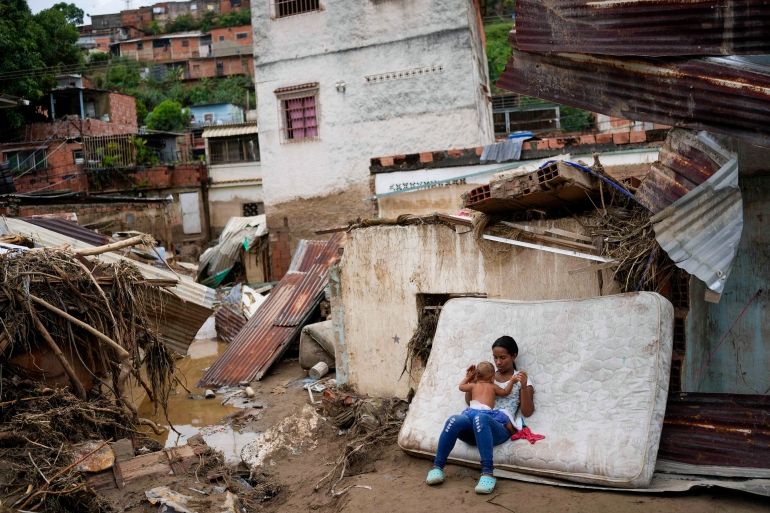 A woman holding a baby in front of her home damaged by flooding in Las Tejerias, Venezuela

Unusually heavy rains in Venezuela caused a major river and several streams to overflow on Saturday, causing the torrent of mud that washed away cars, parts of homes, businesses and telephone wires, and felled huge trees.

Experts say the storm was aggravated by the seasonal La Nina weather system gripping the region, as well as the effects of Julia, a storm that killed at least 26 people in Central America and caused extensive damage.

Venezuelan Vice President Delcy Rodriguez said a month’s worth of rain fell in the area in just eight hours. According to Rodriguez, 317 homes were “completely destroyed” and 757 were damaged by the mudslide in Las Tejerias, located along Venezuela’s main industrial corridor.

Rescuers said it would be “difficult” to find any survivors in the town.

“She told me: ‘Daughter, I am drowning, the water got in, get me out, get me out … save me!” Matos recounted. “I tried to call her back, she picked up, but there was just noise,” she said. 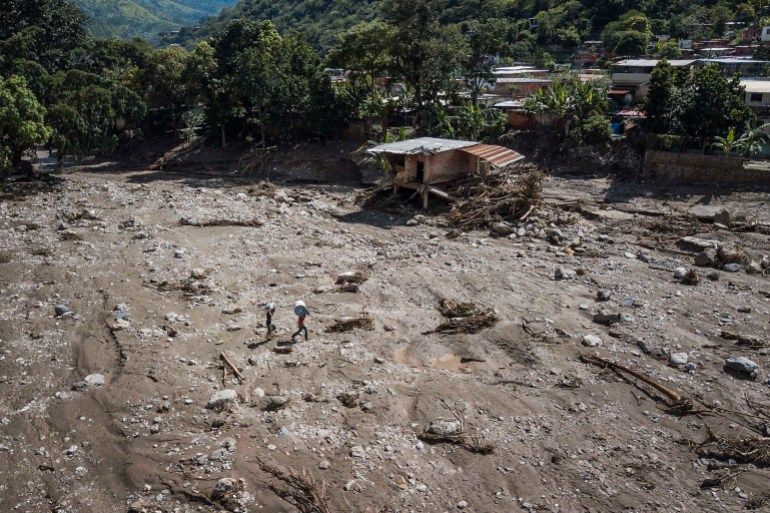 In a rare public appearance on Monday, President Nicolas Maduro visited the city and toured affected neighbourhoods. He said everyone affected by the disaster would be given new homes, adding that the town of 50,000 would “rise like a phoenix”.

“Nobody will be abandoned,” Maduro said.

Maduro told journalists he would welcome international assistance without giving further details. His administration has historically been reluctant to take humanitarian aid from Western nations, though it has accepted food and medical supplies from Russia and China.

Authorities have erected refuge centres in Maracay, the capital of the affected Aragua province, and announced the distribution of 300 tonnes of food.

The government also has declared three days of mourning for the victims.

Crisis-hit Venezuela is no stranger to seasonal storms but this was the worst so far this year following historic rain levels that caused dozens of deaths in recent months.