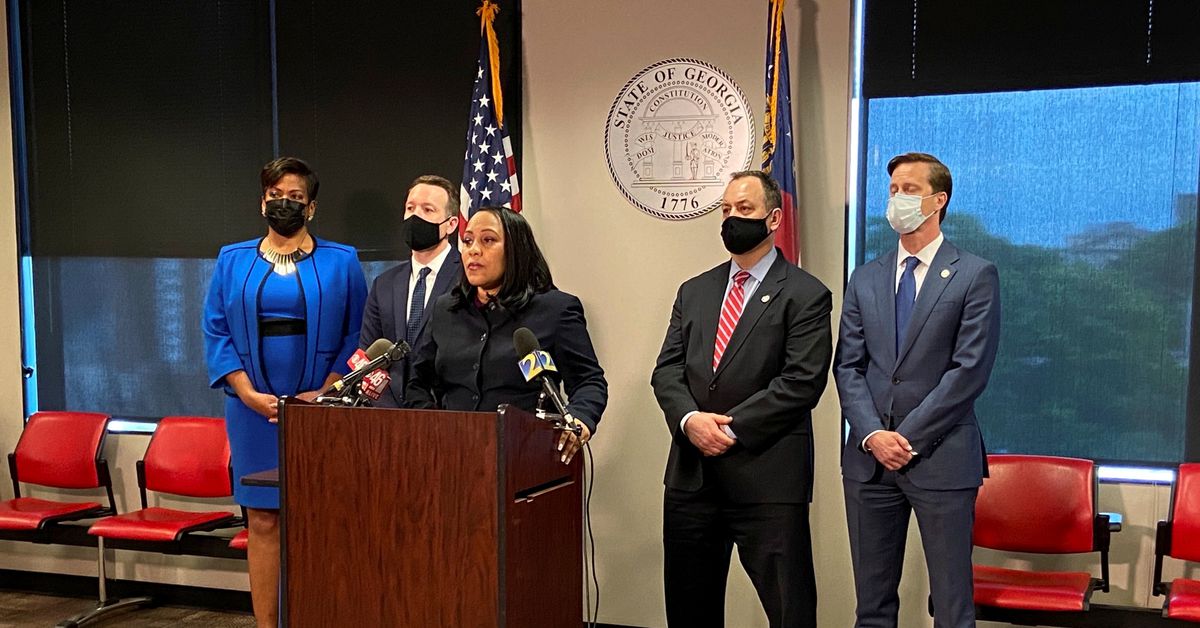 The prosecutor for Georgia's Fulton County has warned high-profile Republicans in that state they could be indicted for their role in efforts by ex-President Donald Trump and his supporters to overturn the result of the 2020 election, Yahoo News reported on Friday.
District Attorney Fani Willis has written letters to people including Georgia Republican Party Chairman David Shafer and State Senators Burt Jones and Brandon Beach over their role in an alleged alternate electors scheme in that state, Yahoo reported, citing unnamed legal sources familiar with the matter.

Representatives for Shafer, Jones and Beach did not immediately respond to emailed requests for comment.

Willis, a Democrat, is leading a criminal investigation into Trump’s attempts to influence the state’s 2020 election results.

Yahoo, citing an interview with Willis, also said she was considering requesting that Trump testify under oath to the special grand jury investigating his conduct. Willis declined to comment on the letters, Yahoo said.

A representative for the district attorney's office did not immediately reply to a request for comment.

The Justice Department has been investigating an alleged plan by Trump and his supporters to submit alternative slates of state electors to reverse Biden's victory in the election.

A congressional committee investigating the Jan. 6 attack on the Capitol is building a case that Trump's efforts to overturn his election defeat amounted to conspiracy to illegally hold onto power.

Trump has denied any wrongdoing, while repeating false accusations that he lost only because of widespread fraud that benefited Biden.
#Donald Trump  #Joe Biden
Add Comment